Voices of the Dropout Nation: Sandy Kress Offers a Critique of Efforts Against No Child and Federal Accountability

Dropout Nation Editorial Board
2 Comments on Voices of the Dropout Nation: Sandy Kress Offers a Critique of Efforts Against No Child and Federal Accountability 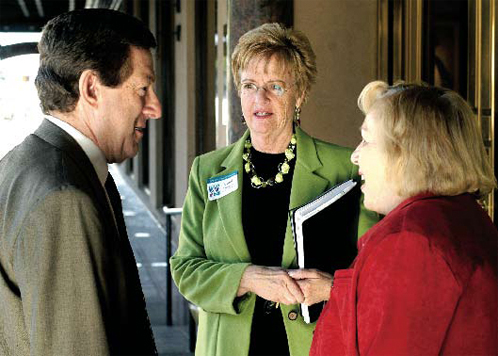 U.S. Secretary of Education Arne Duncan’s gambit to force Congress to reauthorize the No Child Left Behind Act has been a dismal failure on all fronts, especially when it comes to ensuring that states take seriously their obligation to reform their public school systems and improve education for all children. This was clear last week when Idaho’s state officials petitioned Duncan to allow them to opt out of No Child’s Adequate Yearly Progress accountability system for one of their own that allows the land of potatoes to continue its educational mediocrity.

Status quo defenders, of course, support Idaho’s move for obvious reasons. What is more amazing is that libertarian school reformers who should actually embrace accountability such as usually more-thoughtful Andrew Coulson of the Cato Institute, also hail Idaho’s move. From where they sit, the fact that No Child exposed the failures of traditional public education (and helped school reformers such as Coulson push for such solutions as school choice) was of little use. As Coulson wrongly puts it: “Thermometers don’t cure people. At best, they are diagnostic tools.” Not shocking given that Coulson and his colleagues embrace free market dogma a little too much — they should have learned long ago that dogma dies in the cold light of day — but given how No Child has helped their cause, it is a case of faulty thinking and a stubborn unwillingness to acknowledge that federal dollars should be accompanied by federal accountability for its use.

In this Voices of the Dropout Nation, Sandy Kress — who crafted No Child — offers his own thoughts on Idaho is trying to get out of federal accountability rules. If anything, Kress’ argument — which originates from a response to Coulson and to fellow accountability foe Bill Evers (of the anti-Common Core manifesto) offers an explanation for why more accountability is needed to spur pressure for school reform.

Idaho is hardly a poster child for arguing against a federal role. Fourth-grade white students scored just 225 points on the reading portion of the 2009 National Assessment of Educational Progress, a point higher than in 2002; while Hispanics saw a four-point increase in scores over that time (to 201 points). It compares badly to the progress in Florida, where scores for white students increased from 226 points in 2002 to 233 in 2009, and the increase in scale scores for Hispanics from 207 to 223. Or Texas, where white students score 232 points on NAEP, seven points higher than in Idaho, while Hispanics scored an average 210 points, or nine points higher. Nationally, scores for whites increased from 227 to 229, while scores for Hispanics increased by four points to 205. No wonder Idaho wants to stop the AYP clock. Their Hispanic kids are performing awfully. And their white kids are just barely beating Hispanic kids in Florida.

Bottom line: Idaho is not making progress with its principal and growing minority group, its Hispanics, and wants to be let off the hook. It’s a matter for debate as to whether the state has a right to do that. But let’s at least disclose the facts for everyone to make a judgment about why they’re suddenly so interested in relief from AYP.