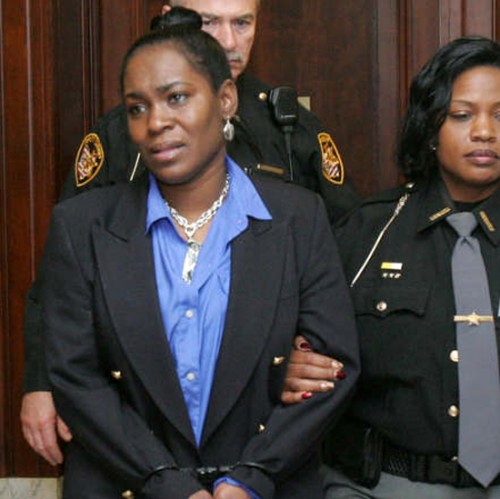 As we celebrate Independence Day, we should remember how our Founding Fathers, along with generations of abolitionists and other freedom fighters, fought to ensure that America lived up to its ideal as the land of liberty. And we should also remember the battle for freedom we still face today, this time, ensuring that all families have the freedom to choose a high-quality education for all children. Check out this

This week, we have seen poor parents fight fiercely to improve the quality of education for their children — and run up against institutional and political obstacles that should never exist.

In Ohio, Kelley Williams-Bolar was convicted of violating the law by placing her two daughters in the relatively high-performing Copley-Fairlawn school district(where few of the black students drop out) instead of keeping them in the woeful Akron district (whose Balfanz rate for young black men and women, respectively, is 62 percent and 76 percent) in which her family resided. Her case has gotten national attention because few parents are ever convicted of what is laughably called tuition fraud, and because of her willingness to even risk prison to get her kids the high-quality education they deserve.

Meanwhile in New Jersey, East Orange resident Lisa Brice joined other parents to stare down state legislative Democrats and get them to approve a bill that would allow 40,000 poor kids a chance to escape the worst of the Garden State’s well-funded dropout factories. They face a tough battle thanks to the National Education Association affiliate — which needs a victory after Gov. Chris Christie has clubbed them senseless politically this past year — and school funding equity advocates (who demand that the state pour more money into districts covered by that state’s Abbott decision despite evidence that past spending increases haven’t improved student achievement).

Kelley and Lisa have taken different approaches, legally and otherwise, to improving education for their children. But they shouldn’t have to fight so hard in the first place. Asking children and their families to be shackled to dropout factories and failure mills is absolutely criminal. They should have the ability to escape those failure factories and attend any high quality school available to them. And we should reform how we fund education — both in the sourcing of those dollars and how they are packaged — in order to make choice a reality.

The philosophical reasons why defenders of traditional public education (and some centrist Democrat school reformers) oppose more-expansive school choice — from the belief that vouchers will lead to the end of public education as they prefer it (government-run and no private sector players) to the queasiness over funding parochial schools — is well-known. So is the general reason why suburbanites oppose school choice — because they have already exercised what they think is adequate choice by buying into their homes. These qualms, however, would have little staying power if not for the critical systemic problem in making school choice a reality: The hemming and hawing among states about taking over the full funding role that they need to undertake in order to make choice and other reforms a reality.

Thanks to decades of battles over equal funding of schools and efforts at property tax relief, states now provide the plurality of all school dollars, accounting for 48 percent of all school revenues nationwide (with Ohio providing a bit less — 45 percent — and New Jersey at the national average). Given that adequacy and equity remain key issues in education, and that property tax relief still remains a goal in many states, that percentage will increase. Replacing all local funding with state dollars would certainly begin improving equity in education if done the right way: Essentially turning the dollars into vouchers that follow every child to whatever school, public, private or parochial, they so choose. It would also spur the next steps in reform; districts can no longer use the argument that reforms will cost them in terms of local tax dollars as their justification.

Yet governors and legislators — especially those of a school reform orientation — haven’t fully embraced moving towards full state funding, even though it isn’t that hard to do politically. Part of the problem is that doing so can be fiscally difficult to do; increasing state income in exchange for reducing local property taxes — the common way states have used to take over education funding (as part of property tax relief efforts) — does mean funding education with a less-stable source of revenue. That problem, however, can be mitigated by financing education with a basket of different revenue sources. The bigger problem is political will. The fact that some still believe in the myth of local control despite evidence that states dominate education policymaking also means that they believe that education funding should also be a local matter. Teachers unions and suburban school districts also oppose a state takeover of education funding because it will lead to some logical steps, including weighted student funding formulas that will lead to the creation of school vouchers.

This stalemate over the direction of education funding has consequences. Districts can justify opposition to school choice; after all, they can oppose school choice because they still collect local property tax dollars and parents outside their boundaries don’t provide those funds (even though they are financing the same schools through their state income taxes). At the same time, the districts can even deny choice to the children they are supposed to serve by continuing zoned school policies. All children no matter their economic status — but especially those from poor families such as the kin of Kelley and Lisa — pay the price.

The only way school choice can become a reality is by overhauling school funding. This means state governments must pick up the tab, and ensure that funding follows children by ditching program-based formulas. Taking these steps will ultimately open up opportunities for improving the educational destinies of the children of Kelley and Lisa. And improve opportunities for all children.

Voices of the Dropout Nation: Sandy Kress Offers a Critique of Efforts Against No Child and Federal Accountability

The Dropout Nation Podcast: A Moral Vision of Public Education