When the NAACP Writes a Press Release About School Reform… 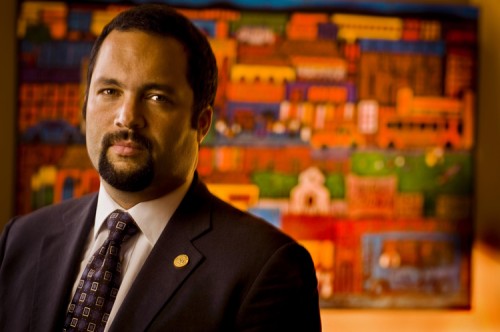 It crafts a doozy. Compounding its errors of late (including an op-ed by its president, Benjamin Todd Jealous), the old-school civil rights group penned this ridiculous press release declaring that critics of one of its latest efforts against school reform — the decision by its New York branch to team up with the American Federation of Teachers’ Big Apple local to sue the city over allowing charter schools to share space with traditional counterparts — are part of an attack on its reputation “backed by funds from right wing opponents of traditional public schools.”

Really? Last I checked, Kevin Chavous, who penned a piece last week calling the NAACP on the carpet, is chairman of Democrats for Education Reform, an organization which is hardly conservative or libertarian. Same for Stanley Crouch, whose column in today’s Daily News also hits on the NAACP’s failure to live up to its past in reforming education so that all children — especially the black children who look like me and nearly everyone working for the NAACP — succeed in life. Steve Perry? Hardly a member of the vast right-wing conspiracy. And both Eva Moskowitz (a former New York City councilwoman who now runs the Harlem Success chain of charter schools) and Geoffrey Canada of the Harlem Children’s Zone — both of whom have chastised the NAACP over its stance — would hardly be called conservative.

In fact, the closest thing to a “right-wing” anything may come courtesy of your Dropout Nation editor’s column last week in The American Spectator. And given my tendency to support such things as financing early childhood education, expanding the federal role in American public education, and the No Child Left Behind Act,  some movement conservatives and libertarians would even look askance at that.

The reality, as Green Dot Public Schools founder Steve Barr has pointed out, is that the school reform movement — and in fact, the battle over the reform of American public education — is one in which traditional notions of partisanship (and even race) do not apply. While reformers will bicker over such matters as the role of the federal government in education policy and the need for Common Core curriculum standards, they largely agree on this: That far too many young men and women — especially the very black children whose interests the NAACP is supposed to defend — drop out into poverty and prison, and that the solution lies in addressing American public education’s systemic problems of low-quality instruction, abysmal curricula, disrespect for families (including poor and minority households) and dearth of cultures of genius in which kids can thrive.

The true divide in education isn’t between conservatives and liberals, or Republicans and Democrats. Al Sharpton, Michael Bloomberg, Michelle Rhee, Joel Klein, Jeb Bush, Michael Lomax and others have already proven this. The divide is between those who advocate for a concept of American public education in which all children get the high-quality education they need so they can write their own stories — and those who continue to hold on to a failed, outdated and obsolete vision that has never really worked for children, and has imprisoned kids from the poorest homes and minority households to failure factories and worse.

As much as the NAACP declares that it is fighting inequity in education on behalf of black children, its actual actions actually bring comfort to the very defenders of the practices that are behind a dropout crisis in which 150 children an hour — 43 of them from our black community — drop out and millions more get an education that will not prepare them for an increasingly knowledge-based economy. And by declaring that those who criticize its efforts are little more than sycophants for some supposed bogeyman, the NAACP also alienates itself from the very people who can help it achieve the goal of addressing the most-imp0rtant civil rights issue

As someone who greatly appreciates the NAACP’s proud legacy — and as an uncle and future father of a new generation of black men and women — it saddens me that it is forsaking the very children for whom we should all want the best. It would be better off actually joining school reformers in systemically reforming American public education than continuing its descent into irrelevance.

More on the Charter School Movement and the For-Profit College Crackdown: The Cosmos Foundation Factor

Building A Culture of GeniusEducation Governance