Voices of the Dropout Nation: Chad Sansing Offers Another Side on Money in Education

Dropout Nation Editorial Board
2 Comments on Voices of the Dropout Nation: Chad Sansing Offers Another Side on Money in Education 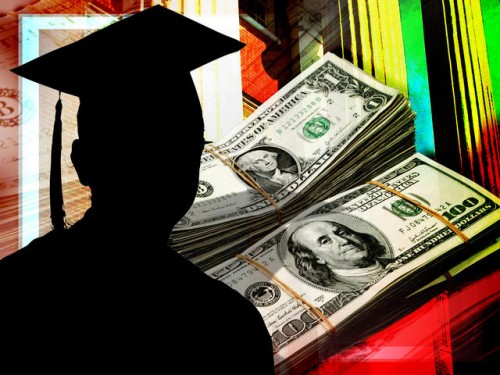 Yesterday’s commentary on the role of funding from Bill Gates and teachers unions in school reform garnered some critical response. One perspective comes from one of Dropout Nation‘s contributors, Virginia charter school teacher Chad Sansing. In this Voices of the Dropout Nation, Sansing explains his hesitance with the use of money in advocacy by both sides — and what on which the money should be better spent. Although your editor argues that Gates and other reformers, in particular, have spent plenty of money on innovation and must be players in advocacy in order to sustain those efforts, Sansing offers a different perspective worth considering. And I’ll have a response to a question he poses later this week.

Like RiShawn, I’m not enamored of traditional public education. I also recognize the value in Gates’ modeling of philanthropic investment in public education. But I worry whenever I read about advocacy or lobbying. I’m not comfortable with anyone influencing the education debate with large amounts of money because it sends the message, at least to me, that those without the money or representation to participate – including teachers like me who don’t necessarily find common cause with either side, and students across the nations – don’t have what it takes to change education for the better. The money spent on framing the debate between two sides is money that could be better spent unearthing the innovations in public schools around and in-between them.

We desperately and rightly want an educational system that works, but what works, in my experience, isn’t neat or tidy, and no body wants to pay for a mess. The difference in education is that a spill or leak of ideas from stakeholders at all levels would help advance our enterprise in ways that other messes, like ecological disasters, don’t advance ecology.

This is also why I object to common standards and assessments. Here’s where I stand: I am convinced that students learn more pursuing what matters to them, and that the job of teaching can become linking students’ interests and dreams to critical thinking and communications skills necessary to lead a life of agency, altruism, and happiness. If we could come up with an accountability model for developing approaches and authentic assessments to reach every kid, we’d be better off and we’d have more viable alternatives to standardization than we’ll ever have following a single standardized accountability model.

Finally, I worry that the money spent in limiting the education debate to two sides encourages the government to craft educational funding policies that align with one aide or the other and that this federal funding unduly exerts a kind of paradoxically monopole magnetic field around education that lines up states and localities behind one-stop-shopping educational outlets for standards, curriculum, “solutions,” “interventions,” assessments, and teacher evaluation programs. What we need is more innovation from everywhere, including the little guys whose innovations aren’t always seen or heard.

What would you suggest the little guys do, RiShawn?  I also ask that of all the readers here. To whom should we speak? What should our elevator pitch be?

Driving What John Kline is Wroughting in Federal Education Policy

Voices of the Dropout Nation in Quotes: No More Waiting