Inside the Beltway This is Dropout Nation 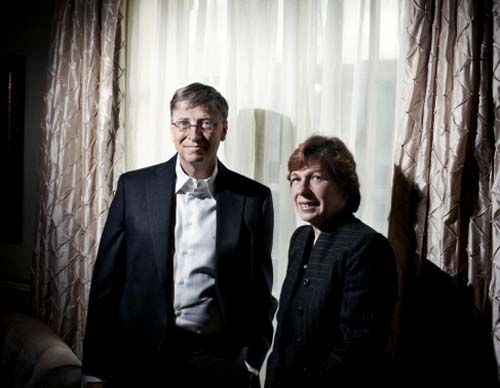 Yesterday, New York Times’ Sam Dillon decided to tread the same ground your editor covered two years ago (and others have done since). And as one would expect, Diane Ravitch and other defenders of the very obsolete practices and low expectations thinking that have contributed to the nation’s education crisis, offered the report as an example of the nefariousness of the school reform movement. After all, according to their simple-minded, class envy-driven, anti-intellectual view, a wealthy entrepreneur can’t both have a healthy interest in improving the world in which he lives and an equally sensible self-interest in leaving his mark on it. You know, what all adults seek to do in life.

Yet Ravitch and her gang fail to consider the organizations that are subsidizing their own defense of the status quo (a point that Dillon manages to ignore in his piece). Start with the National Education Association, which devoted $248 million of union dues this past decade on political campaigns, making it the biggest player in American politics. The union has also spent millions on building and sustaining alliances that aid and abet its aims; this includes $1.9 million to the National Council for Accreditation of Teacher Education (which certifies ed schools) between the 2005-2006 and 2009-2010 fiscal years, and $1.6 million to the Economic Policy Institute (which always seems to produce reports that neatly dovetail with NEA positions) within the past six years. There are also organizations allied with status quo thinking such as the Ford Foundation and the National Association for the Advancement of Colored People, which command both dollars and vast memberships.

Then there’s the American Federation of Teachers, whose president, Randi Weingarten (the subject of my profile this month in The American Spectator) is one of the foremost advocates on behalf of the status quo. From here appearances on shows such as The Colbert Report to profiles in Newsweek, Weingarten is the nation’s best-known union leader and most-prominent education traditionalist, almost as high-profile as Gates himself. And thanks to that profile and her position as head of the nation’s second-largest teachers union (including a foundation that is devoting millions to funding their own initiatives), she is just as influential as Gates (if not more so).

Essentially, both sides of the debate are basking in resources, financial and otherwise. and using them accordingly. One can say that status quo defenders control even more dollars; after all, they are in control of school districts and university schools of education, the institutions through which most of the $500 billion in taxpayer funds devoted to education flow. The NEA and the AFT, in particular, have long-influenced those dollars thanks to state laws and collective bargaining agreements that structure how dollars (in the form of teachers and their compensation packages) are directed to classrooms. Through their defense of seniority- and degree-based pay scales, they have created a teacher compensation system in which teachers are paid for simply lasting years instead of for improving student achievement, under which high-quality teachers aren’t rewarded for doing good-to-great work, that provide near-lifetime employment to the worst teachers, and perpetuate seniority-based assignment rules that, along with the lack of rigorous evaluations based on objective student achievement data, all but ensures that poor and minority children are taught by laggard teachers. They have been unwilling to embrace any real reform of teacher recruiting, training and compensation, allowing for the profession to become mired in mediocrity and failure at the expense of both good-to-great teachers who manage to emerge from the muck, and children who don’t get to choose who teaches them.

The NEA, the AFT and its allies also perpetuate practices and ideologies — including the Poverty Myth in Education — that have essentially allowed far too many educators to write off poor and minority children as being unworthy of a good education. They have consistently opposed any form of real school choice that allows children, no matter their station in life or their condition of birth, to escape dropout factories and failure mills. They have defended a system in which a child’s zip code determines the quality of their education — and can wreck their futures (and even land parents unwilling to accept this in the criminal justice system). And their unwillingness to address issues such as the crisis of low educational achievement among young males of all races — a subject of this week’s Dropout Nation Podcast — shows exactly where they stand on school reform.

I’m not going to say that education traditionalists don’t care about children. They think they do and I believe them. But what they defend, all in all, is a failed, negative and enslaving vision of American public education under which 150 children an hour drop out into poverty and prison. Worse, they defend the system by tying up taxpayer dollars in a status quo that was built for a different age in which education didn’t equal better quality of life, not for a time in which what you know is more important than what you can do with your hands. One can understand supporting such a system back at the height of the industrial age. One can even understand their self-interest in protecting that which has given them comfortable livings and influence. But in 2011, at a time in which the economy demands a better-educated populace, continuing to support an outdated model of education is not only intellectually indefensible, but absolutely amoral and immoral, unjustifiable by any religion or worldview — and they do so in order to protect their privileges, their influence and their incomes. Weingarten and other status quo defenders cannot justify condemning the lives of millions of children.

And that is the difference between them and the school reformer that Gates is funding out of his own pocket. What school reformers have imperfectly, yet successfully, articulated is a vision of education that allows for every young man and woman to achieve their potential; that argues that schools and those who work within them are missionaries for social change that can help address and alleviate poverty; and offers a positive view of what can be done through providing a high-quality education to every child. It is a vision that offers solutions based on data and practice, and accepts that if a practice doesn’t work, it should be ditched for another.  And it uses the evidence that teacher quality and family engagement are greater determinants of academic success than socioeconomic background to advocate for remaking a profession into one that deserves the same respect as doctors, and giving parents the power they need to make great choices for the futures of their children.

This vision is winning the day not because of money; as with so many movements, school reformers were working the trenches, often with little money, before it attracted funding Gates and other big-named donors. The vision is winning because it is both a positive vision and one that has been better-advocated through strategic and tactical savvy. The NEA, the AFT and other defenders can develop new campaigns and protests, and raise ever more dollars, but none of that will hide the reality that what they offer is failure for children, failure for families, failure for communities and failure for a nation — all at a time in which falling down and dropping out is no longer a sustainable option.

Instead of conspiracy theories and class envy, education traditionalists need to take a look within.

Voices of the Dropout Nation in Quotes: No More Waiting