The Importance of Conflict in Education

RiShawn Biddle
1 Comment on The Importance of Conflict in Education 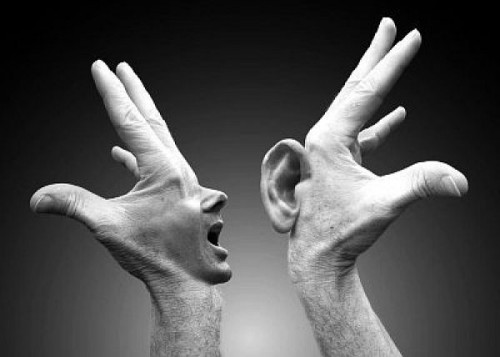 There’s a lot of hand-wringing these days over the harsh discourse that is part of the battle over the reform of American public education. On one side, you have defenders of traditional public education who complain that the debates between themselves and reformers over how (or even whether) to reshape instruction, curricula, leadership and other aspects of education will somehow damage the very children for whom we all care. On the other, you have researchers who complain that data is being used as a weapon to denigrate ideas instead of advancing our understanding of the underlying issues that are the cause of the nation’s education crisis. And somewhere in the middle is someone like Jonathan Mahler of the New York Times, who began this latest round of distressing over the education debate has become “polarized”, “deadlocked”, and thus, needs to “decalcify”.

As someone who has covered debates in areas outside of education — including economic affairs, immigration and even presidential campaigns — I simply shake my head. Strong, vigorous, fractious debate — also known in most circles as conflict — is absolutely healthy and important. It is critical to maintaining the intellectual vitality of a movement, and important in shedding light on the need to transform education for our children.

One of the reasons why education has long been lacking as a center of strong intellectualism — and why traditionalists, in particular, are lacking as thought-powerhouses — is because too many believe that conflict over ideas, practices and policies is somehow unhealthy. School reformers who have an established model (and revenue) to defend certainly struggle to deal  with stong debate; the otherwise admirable Teach For America, for example, is understandably unhappy about any criticism that strikes at the efficacy of its model for overhauling teacher quality.

But education researchers other than those in think tanks hate conflict. For them, there are too many gray areas in data and research for anyone to come to any strong conclusions; given the generally low quality of education research, they also don’t want the underlying analysis behind data to be questioned too strongly. Yet they fail to realize that the value of conflict on research is to force analysts and researchers to actually improve their work, make the underlying tools for research more rigorous, and move towards applying the scientific method used in hard-science research to education and other social sciences. And given that data is critical to shedding light on what is needed for school reform, conflict actually drives even more research; after all, conflict raises more questions and focuses on actually improving lives instead of indulging in theorem.

Meanwhile defenders of the status are really discomforted by the dueling of ideas. From where they sit, what is needed is consensus between all sides, to work together on ‘real’ strategies and ‘authentic’ solutions that will help kids succeed in school, support teachers in their work, and preserve their vision of what American public education should be. As the infamous Mandy Rice-Davies would respond, they would think that, wouldn’t they? After all, consensus has a tendency to favor those who have the most influence in decisions, whose interests are already entrenched, and . Collaboration in the real world usually ends up working in favor of those who already influence decision-making in any sector.  In short, consensus is a protection racket for traditionalists and no one else.

More importantly, it ignores historical evidence that ideological and intellectual conflict is one of the driving forces behind positive social, intellectual and economic change. The religious feuding between Catholic clerics and astronomers such as Galileo led to the formation of the modern science that has expanded our health and knowledge of the universe. The conflict in the 17th and 18th century between monarchists and devotees of Enlightenment produced the Declaration of Independence, the global anti-slavery movement, and the women’s rights movement. The battle between Jim Crow segregationists and civil rights activists during the 20th century fostered the global human rights movement that combats injustices of all kinds throughout the world.

There is plenty of value in conflict, especially in building cultures of genius in which all kids can get the education they deserve. For one, conflict crystallizes. If you believe that reforming education is moral, economic, intellectual and human rights issue, then conflict forces people to actually take a stand and a pursue action. Conflict clarifies. It shows which sides have the best ideas, and who has the intellectual high ground. Conflict reveals. It forces sides to confront different ideas and perspectives, and forces revisions in thinking. Conflict humbles. It forces people to realize that their views aren’t shared by all, and makes them learn how to actually articulate their perspectives clearly, forcefully and thoughtfully. Conflict creates. It allows for the kind of deliberations that lead to problem-solving.

And finally, conflict exists. It always will. This is because there is always be competing visions, policies and ideas for everything. And even among players on both sides, there will be conflicts between dueling motivations. After all, if you are the president of an NEA affiliate, the desire to see every child succeed runs counter to the mission of the union to protect the benefits it has won for its rank-and-file members. The desire for expanding school choice among centrist Democrat reformers runs counter to their opposition to using public dollars to subsidize parochial schools (even though they support the hybrids that we call public charter schools). Conflict isn’t the problem. What matters is how each of us work out conflicts, both within our own minds, in policymaking, on the ground in classrooms and in the lives of our kids.

For the most part, school reformers understand the value of conflict and embrace it, both in debating the opposition and in debating among themselves. This is plain as day, whether it be parries between Fordham Institute’s Mike Petrilli and Kevin Carey over the importance of reauthorizing the No Child Left Behind Act, arguments between Petrilli and Cato’s Neal McCluskey over the need for Common Core curriculum standards, or squabbles between grassroots reformers and the Beltway crowd over how to make reform a reality. Most of them understand that thoughtful, sharp conflict is critical to maintaining the vibrancy of a movement and to actually developing solutions that help children.

This is an element that is lacking among traditional educationalists. Save for a smattering of activists who complain that the NEA and AFT aren’t doing enough to defend their tenure and compensation packages (or the occasional criticism of pieces written by my colleague, Steve Peha, a rare fence-straddler between both sides), few education traditionalists argue with each other. They agree way too much on the wrong diagnosis and the cures for what ails education. And while they battle with reformers (which, by the way, often counters their own distress over conflict) their arguments — often lacking in data and dismissive of anything offered on the other side — are empty, weak and just plain lacking.

The problem isn’t conflict. In fact, we need more of it. We need reformers and traditionalists to have thoughtful, productive conflicts with one another. We need parents to question the efforts of traditional districts and those who work within them — and then debate them over whether they need to change or not. We need good-to-great teachers to call out their brethren — sometimes by name — for educational neglect and malpractice.

For far too long, we have had this collaborative arrangement in American public education in which no one has questioned how we train teachers or educate our children. And our kids (along with taxpayers, and good-to-great teachers and school leaders), have paid the price. Yes, we need more conflict. Because just working together to perpetuate mediocrity and failure is just not acceptable.

The Peter Principal -- Or the Critical Need for School Leadership

Voices of the Dropout Nation: Gwen Samuel on the Importance of Good Education Choices