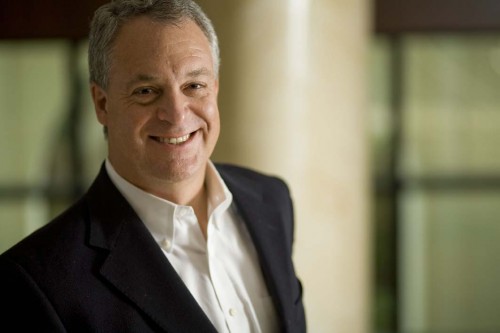 Chris Cerf and Education’s Anti-Intellectualism Problem: For all the taxpayer-funded doctorates and graduate degrees that are found among the defenders of traditional public education, there is little going on among them other than closed-minded, sclerotic thinking. This lack of intellectual vigor — the ability to see the value of new concepts, the lack of understanding of economics and technology, and the rabid opposition to anyone outside of education arguing for reform — is one reason why American public education is mired in the kind of mediocrity that has fostered the nation’s education crisis.

And that lack of thoughtfulness manifests itself even more when it comes to the thought of private-sector involvement in education. From where defenders of the status quo sit, the idea public charter schools causes them to reach into their Cliff Notes versions of The Communist Manifesto, and the school reform efforts of nonprofits such as the Bill & Melinda Gates  Foundation make them so apoplectic that they toss around terms such as “kleptocracy” without any understanding of their meaning. From where they sit, the private sector is nothing but pure evil, their involvement in school reform means the end of public education and a return to the dark days of, whatever they think of is the dark days. The fact that they are as dependent on the wares of the private sector and the economic marketplace for their very sustenance (you know, since companies and entrepreneurial philanthropists are also those guys who provide such items as computers and soap, along with paying those things called taxes, which support schools), never factors into their thinking.

One example of this silly anti-intellectualism comes courtesy of incoming New Jersey Education Commissioner Chris Cerf’s move to restructure the state’s woeful education department. Foes of the new commissioner’s efforts are particularly annoyed that Cerf is getting help in this work courtesy of the Eli and Edythe Broad Foundation, which is ponying up $60,000 for the hiring of the consultancy helping to develop the plan. Status quo critics of Cerf’s effort have complained that it is a conspiracy to privatize education. They have argued that the ties between Cerf, the consultant William Cox, and Broad (which helped Cox spin out rating service Standard & Poor’s school evaluation project to become GreatSchools.org, and counts Cerf among its alumni) makes the whole effort an exercise in cronyism. And they have speculated about the role Cox played in the Garden State’s failed effort to win a share of Race to the Top money.

Given the scope of work — and the reality that American public education remains quite public — the first complaint is just thoughtless. The cronyism argument would have slightly more merit if this was being paid out of Garden State coffers. Since it isn’t, the argument also falls apart. And with no evidence that Cox played any role in New Jersey’s Race to the Top bid, the speculation is merely that; given that the Garden State’s bid was rather problematic, unlikely to be picked even without the botched work of Wireless Generation (the consultancy that helped New Jersey assemble its bid and had Cox on its payroll for a time), and opposed by the same status quo defenders now using the situation for their rhetorical argument, that discussion is rather meaningless.

Now the critics could have considered some real questions. For one: Whether a consultant is really needed to think through the difficult question of how to revamp the organization? (My own answer is no; Cerf is just using Cox and Broad to gain cover for the overhaul he already plans to do.)  Another: Cerf and his boss, Gov. Chris Christie, failing to consider the more fundamental question of whether the current system of educational governance — including the array of local school district bureaucracies — is even necessary in the first place? Given that Christie’s colleagues, including Gov. Christine Gregoire in Washington State, are already pushing to restructure their state education governance structure, the governor and Cerf should be using this time to push for a Hollywood Model of Education for New Jersey under which district bureaucracies would be tossed out altogether and traditional public schools would essentially become charters.

But this would actually require status quo defenders to stop reading Diane Ravitch’s claptrap, applauding Sir Ken Robinson’s creativity snake oil, and fawning at Daniel Pink’s vapid treatises on motivation. They would have to ditch such dribble about “democratic education” and “authentic learning”. It would require them to embrace the use of data in improving the quality of instruction and curricula, and understand the lessons (good and bad) from the private sector about recruiting and retaining talent. And would mean picking up copies of Wired, The Wealth of Nations and Education Myths.

Overstating What Can Be Gleaned From the Private Sector: School reformers may have the intellectual vigor at the moment, but they also suffer from the problem of oversimplification. Particularly when referring to the private sector, it is far too easy to argue that the solutions to the problems of American public education can come from Corporate America and entrepreneurs. The reality is far more complicated.

One thing to remember: Private sector has a variety of players, each of which deal with different kinds of constraints. Healthcare companies and electric utilities, for example, are heavily-regulated. They struggle with the same problems faced by traditional school districts, including bureaucratic structures (and corresponding inertia) that would make the agencies that oversee them proud and state laws that restrict their profit-making activities. Those firms share little in common with a Wal-Mart and Google which operate in lightly-regulated sectors and are structured more-nimbly to compete in more-active markets. So the respective problems each group of companies have for their human resources, cost-management and other operational issues — and the solutions they undertake — can sometimes be as different as night and day.

Another problem lies in assuming that every solution applied in the private sector can work in education. One example: Teacher evaluation. As Rick Hess rightly points out, the private sector doesn’t use objective measures of performance as the sole criteria for evaluations. But Hess forgets this: The cost of a poor-performing employee impacts a company’s bottom line, causing problems for customers, vendors, shareholders, creditors and other employees. But the impact is limited because private sector firms aren’t generally supported by tax dollars. The impact of low quality teacher quality is borne by a far-larger group — including taxpayers and children — who cannot avoid impact by just abandoning brands, selling shares, dropping clients, refusing to lend money or switching jobs. There’s also the reality that teachers and teachers unions don’t trust principals to evaluate their work. All things considered, using objective student data (from test scores for students to portfolio evaluations for electives such as music) as the sole criteria may make the best sense.

There are plenty of lessons from the private sector that can be applied to education. But we think through those lessons, apply them in ways that fit the particular characteristics of the education sector, and not simplistically offer up companies as the source of solutions.

Bob McDonnell Offers the Wrong Performance Pay Plan: When it comes to school reform, Virginia and its governor, Bob McDonnell, have done almost nothing in the past year. Efforts to expand charter schools have been watered down or ditched altogether. And school reform activist Gerald Robinson hasn’t seemed to gotten any meaningful backing for anything from McDonnell to actually challenge the state’s status quo. Given that the Dominion State lags behind some of its equally laggard peers in embracing reform — and has fallen behind Florida in improving achievement for its poorest students — the lack of aggressive movement is just head-shaking.

But this time around, McDonnell and the Dominion State legislature deserve credit for at least embracing some sort of incentive-based pay for teachers. But the initiative the state is launching  place —  which would give each teacher a $5,000 bonus for taking jobs at 169 of the Dominion State’s struggling traditional public schools — is hardly a novel concept. Thirty-one states already offer some sort of bonus or student loan forgiveness to teachers who work in either high-needs schools or hard-to-staff subject areas, according to data from the National Council on Teacher Quality’s TR3 database.

More importantly, such forms of incentives haven’t proven to work. The University of Washington’s Center for Reinventing Public Education pointed out last month in its review of Washington State’s bonuses for teachers to become National Board certified and work in failure factories that the program was a failure. Just one percent of teachers getting National Board certification actually moved into struggling schools; nor have they stayed in the schools any longer than teachers without such certification. CRPE doesn’t surmise why it hasn’t worked. But I can surmise why: The incentives aren’t large enough compared to the benefits teachers with earned seniority enjoy. The average Washington State teacher with  11 or more years of experience earns between $49,070 and $58,670 (as of 2008), has attained tenure, can opt out of dropout factories through seniority transfer rules, and already qualifies for a defined-benefit pension; the $5,000 bonus (which equals out to, at most, just 10 percent of base salary, and even less when compared to the full compensation package) is not worth the headaches of studying for another credential and having to work in dysfunctional school cultures. Given that teachers in Virginia with similar levels of experience earn between $45,000 and $62,310 a year in base and get similar seniority-based benefits, the state’s $5,000 bonus would achieve similar results.

Meanwhile the Virginia plan also requires participating school districts to develop performance-based evaluation regimes, which in and of itself, is a good thing. But considering how unattractive the bonus plan is for teachers, it’s unlikely that districts would make any moves on that front either. There isn’t any incentive — or more importantly, state action — that would move the districts to do the hard work of adopting private-sector style performance management of any kind.

What McDonnell and the state legislature should do is think through a full reform of teacher compensation that includes developing meaningful compensation (including performance bonuses equivalent to 30 percent of pay, and even grants to launch programs to address such issues as improving curricula and the dropout crisis ) that would reward high-quality teachers for good-to-great work and innovative programs that improve the quality of education for all children. McDonnell should also look at the work being done in D.C. in the performance evaluation arena.

Right now, Virginia is just engaged in half-steps and part-measures. It must do better.

America's Woeful Public Schools: Too Many Teachers Out of Classrooms