No More Waiting: The Promise of DIY Schools

RiShawn Biddle
7 Comments on No More Waiting: The Promise of DIY Schools 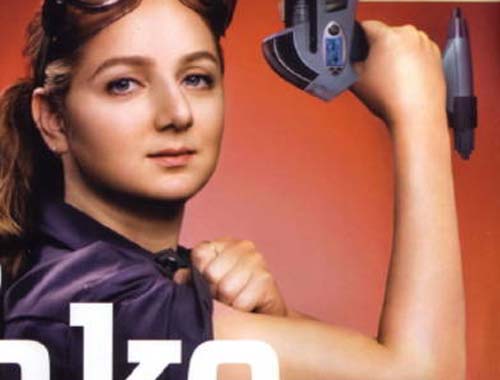 Do we need district bureaucracies to create high quality schools? If we embrace the ethic of Limor Fried and others in the DIY gadget movement, we can do it for ourselves. (Photo courtesy of Wired)

This month, Wired profiled the work of what can be called the DIY gadget movement. Embracing both a sort of get it done yourself ethic of the early 70s punk music era and the earlier generations of gadget-builders such as computer pioneer Steve Wozniak, folks such as Limor Fried of Adafruit Industries have stepped up their device-building and become providers of tools and guides to fellow DIY builder looking to do it for themselves. Now people can build everything from cutesy novelties such as a device that tweets one’s electric usage to more-useful items such as a scanner that detects cancer. And from these devices can come the kind of tools that will make our lives better, and leads to the start-up of firms that can contribute to the nation’s economic growth.

So imagine if such DIY ethic was brought into reforming American public education? We’re not necessarily talking about the so-called unschooling movement (which consists of very few kids and their parents), or the more-mainstream homeschooling. This would go beyond that. The idea would be that teachers, parents or others committed to reforming American public education would simply start their own schools, either in their own homes, in storefronts or even in the basements of churches. While the schools would still be subjected to standards and accountability — including testing — to ensure that every child is getting high-quality instruction and curriculum, they would be able to create cultures of genius with little bureaucracy in the way.

We have seen some of this happen in the past. As Dropout Nation discussed on Wednesday, parents in the Ocean Hill-Brownsville community of New York City’s borough of Brooklyn started schools in storefronts during the battle between the parent-controlled district and the American Federation of Teachers that shut down three schools. In Africa and India, the presence of privately run schools operating outside the official state confines has helped the quality of school options and student outcomes. Many of the nation’s Ivy League and top-tier universities — think Harvard and Georgetown — started as sort of DIY startups. And then there are the historically black colleges and universities such as Bethune-Cookman and Tuskegee; they emerged after the Civil War as DIY schools, initially providing elementary and secondary education to the children and grandchildren of former slaves. 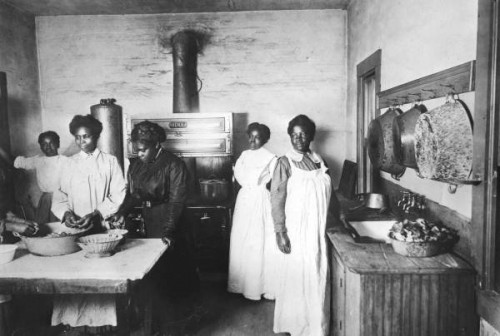 For parents, especially those whose kids are subjected to the worst American public education offers, waiting for the school reform efforts such as those fostered by President Barack Obama’s Race to the Top initiative means more days of their kids getting abysmal instruction and curricula. Given that high-quality charter schools still reach only a smattering of America’s kids, there are still not enough alternatives to mediocre and atrocious education.

At the same time, for reform-minded high-quality teachers frustrated with the pace of reform, sitting around isn’t enough. They have talents that aren’t recognized or rewarded by traditional districts and compensation systems that reward seniority and degree attainment instead of improvements in student achievement. Community leaders want to do more than agitate for change; they want to see it happen now.

It is possible to make robust and immediate reform a reality. The development of online learning means that a talented teacher can reach more students through the Web. The advent of sites such as Project Gutenberg means access to books that can be used in teaching. Technology gives parents and churches the ability to start makeshift schools anywhere. And there are entrepreneurs in education (including Dropout Nation Contributing Editor Steve Peha) who can provide other tools, including better instructional methods and curricula.

The technology is here and so are the people. In some ways, DIY education is already happening in small ways. But imagine what a mass movement might look like.  One can imagine an urban Parent Power group or community organization working with Barnes & Noble on customizing Nook Color tablet e-readers for video access. This would allow students to access free textbooks and videos from teachers on the subjects they need to learn. Barnes & Noble would gain deductions, new customers and public relations goodwill; the kids would be able to get the high-quality education they need. Same would be true if education toymaker LeapFrog and Parent Power groups did the same thing.

It is also imaginable that high-quality teachers get together and, with start-up grants, create an online education firm that supplies DIY schools with instruction. The teachers could reach more kids; the schools can expand the number of kids getting good-to-great teaching in scarcity fields such as math and science.

There’s still a lot that would need to happen to make DIY schools a reality — including the overhaul of school funding to voucherize dollars so they follow kids to any school option. Nor can we ignore the need to systemically overhaul how we recruit and train teachers, reform the quality of curriculum and other aspects of systemic reform. Not every parent or community will be equipped to do DIY education. But embracing a do-it-for-ourselves ethic can help revolutionize American public education and help all kids everywhere write their own stories.