Best of Dropout Nation: Why School Reform Can Succeed

RiShawn Biddle
4 Comments on Best of Dropout Nation: Why School Reform Can Succeed 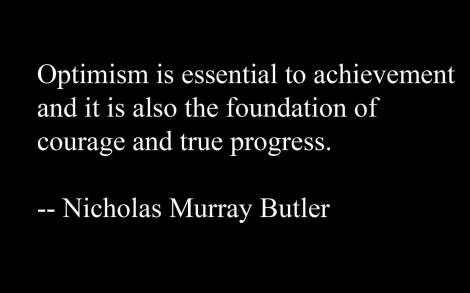 Few truer words have ever been spoken.

Let’s be clear: The rhetoric in education these days is not nearly as rough as it was on an episode of Crossfire circa 1990. At the same time,  the  tone of the rhetoric that comes from the school reform movement and defenders of traditional public education has been an underlying issue in 2010. It is striking how often that the words from teachers union officials, ed school professors and other defenders of the status quo often devolve into the kind of vitriol that is more circle the wagons than active articulation of ideas and solutions (even as they accuse reformers of engaging in nastiness). School reformers, on the other hand, can be as unfailingly willing to concede flaws in thinking as they are to defend their ideas. There is a reason for this: The underlying pessimism and optimism of each side. In this Best of Dropout Nation, I reflect on this matter and explain why it will affect the outcome of the debate over school reform.

As Ronald Reagan would say, optimism always beats pessimism. Or as Martin Luther King would put it, hopes always overcome fears. Simply stated, the school reform movement in all of its strains — alarmed by the crisis of systemic academic and bureaucratic failure in American public education — are driven by a zealously optimistic faith in the capacity of people to stem the nation’s high school dropout crisis and improve the lives of children.

This optimism is at the heart of every successful mass reform, from the American revolution that started this country, to the Civil Rights Movement that ended Jim Crow racism, to the conservative movement that, until recently, has driven the last three decades of American economic success. More importantly, this optimism always wins against the hopelessness and dourness of the established opposition.

What defenders of traditional public education offer isn’t exactly hope. They offer pessimism, hopelessness, sense of powerlessness over improving the lives of children. Behind their views (both left-leaning and conservative) is the faulty conceit that poverty cannot be overcome, the condescending argument that poor black, Latino, white and Asian families are disinterested in improving the quality of education for their children, and simmering anger against anyone who dares argue that concepts such as choice, quality, rigor and accountability are good things that should be embraced by all of education.

This is the underlying reason why the classrooms and halls of charter schools and reform-minded traditional public schools are often so cheery, syrupy even. It is why a Steve Barr can work unaffected by vicious rhetoric from opponents — and actually force a moribund school district to actually try something new and novel. It is why, despite outrage over the quality of public education, school reformers aren’t consumed by anger and desperation. Anger and desperation equals success isn’t a calculation that can be found in life’s textbook.

School reformers believe the effects of poverty and underclass behavior can be overcome by high-quality education and hard work. Defenders of traditional public education simply believe otherwise. Richard Lee Colvin noted the contrast in a recent piece on his time spent at the New Schools Venture Funds annual summit and a recent confab held by the American Educational Research Association. You can see this in the arguments on Twitter between reformers and teachers stuck in the status quo. It is evident in the stories told by Teach For America alumni and famed teachers such as the late Jaime Escalante, versus the tales of woe told in ed schools and teachers lounges across this country.

There is a reason why half of all aspiring teachers coming out of ed school never take classroom jobs. They spend so little energy apprenticing in classrooms and so much time around ed school professors offering little more than doom. This is exemplified by a story Katie Haycock, the president of the Education Trust, told me back in 2005 when I was still an editorial writer for the Indianapolis Star. Her daughter, Brooke, had performed for a class of teaching students about to graduate from LSU and she noticed the lack of hope and optimism in the air. Their professors had so little to offer them in terms of practical teaching advice and understanding how data can be used in improving student achievement. Those professors, however, offered much in the way of doom and gloom about the ability of these aspiring teachers to improve the quality of instruction the poorest children receive in school every day.

It is also why so many teachers and principals burn out long before they reach the earliest retirement age, walking the halls of their schools like the zombies out of Night of the Living Dead. In his darkest dreams, George Romero could never conjure the kind of dread that pervades some of the worst-performing schools. Their very existence proves that without optimism there is no positive, sustainable action.

This isn’t to say that school reformers don’t have work to do. As the site has chronicled over and over, the movement must reach beyond the Beltway and comfy quarters. It must get its hands dirty in politics and in grassroots change. They must do more to include the very blacks and Latinos their efforts serve and still win over (or browbeat into submission) suburban parents — and the Charlie Crists they elect to office. Those obstacles, difficult as they may be, are easier to overcome than the biggest hurdle facing each of us as individuals and as collectives: Choosing the mindset of confident, providential hope over desperate, implacable fear.

As an eternal optimist proven right more often than not, I can tell you that this old saw is so true: You can manifest your hopes – and you can also make your fears real. But only one will actually yield success over a problem. This is as true for movements as it is for individuals. It is why school reformers will likely succeed where their opposition will surely fail.

Voices of the Dropout Nation: Bill Betzen on the Need for a Revolution for Students