When Will Black Churches Start Their Own Schools?

RiShawn Biddle
13 Comments on When Will Black Churches Start Their Own Schools? 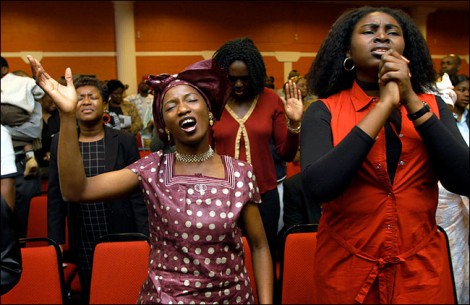 If education is truly the most-important civil rights issue of this era, it means that black churches must play their part in ensuring that every child in the pews and communities they serve are educated in cultures of geniuses. It is as important for them to step up and embrace school reform as it was for them to combat Jim Crow segregation fifty years ago. For these churches, they can learn this important lesson from another civil rights movement — the effort by Catholics to receive equal treatment in public schools: You must take education into your own hands and start your own schools for the children in your flock.

Catholic schools had existed in this country since the 1600s, when the church started schools in the Spanish colonies (including what is now Florida and California) to indoctrinate American Indian children into Christianity. But by the early 1800s, Catholic education in the English colonies that became the United States took on a different purpose: to providing an education and freedom from religious oppression for the children of parishioners. At the time, most public schools were Protestant-dominated (in this case, a heavy dose of Calvinism at the expense of Unitarianism and other sects)  with students reading from the King James Version of the Old and New Scriptures.

This heavy-handed religiosity intensified by the 1840s as Irish emigres populated urban locales; Protestants, driven by their fear of foreign “papist” influences (and their own bigotry), began adapting the Unitarian-shaped civic religion approach of Horace Mann in order to get Catholics under their thumb. In Philadelphia, for example, Protestants burned down five churches after the diocesan bishop demanded that Catholics be exempted from having to read the King James Bible; in New York State, efforts by Gov. William Seward to provide funding to Catholic schools was met with the kind of bigotry that was otherwise reserved for African Americans of the time.

But Catholic schools didn’t become a widespread until 1852, when the First Plenary Council of Baltimore called for parishes to start diocesan schools in order to provide an alternative to Protestant-dominated public schools. This accelerated in 1859, when Thomas Whall, a Catholic attending the Eliot School in Boston walked out of the school after twice refusing to read the King James Version of the Ten Commandments (and being spanked by the principal after his second refusal); his walkout, along with that of 100 other students, led St. Mary’s Parish to start it own school; other parishes in Boston and elsewhere soon followed.

But for Catholic priests and laymen, it wasn’t enough to just free the kids of parishioners from religious oppression (and ensure that all kids who received communion were educated).  Ensuring that poor kids were educated became as much a part of the Catholic school mission. Catholics began educating black students in 1829 when Mother Mary Lange cofounded the Oblate Sisters of Providence in Baltimore; by 1894, this educational mission included teaching black and American Indian children in the West thanks to the work of Saint Katharine Drexel and the Sisters of the Blessed Sacrament. And in an age in which preparation for factory work  was a critical part of education, Catholic schools began forming industrial schools to prepare kids for productive activity. By 1920, in spite of bigotry-inspired Blaine amendments and general hostility towards Catholicism, diocesan schools had become the primary private schools for America, serving 1.8 million students in 6,551 schools.

Today, Catholic schools continue this mission, with blacks, Latinos, Asians and American Indians making up 26 percent of its students; 14.5 percent of students overall (and often, the majority of kids in big city schools) are not even Catholic  These schools also achieve great results despite the poverty of the students in their care, with the average Catholic 4th-grader scoring 16 points higher on the reading portion of the National Assessment of Educational Progress than their traditional public school peers; only 18 percent of kids reading Below Basic proficiency versus 34 percent of their public school peers.

But the high cost of maintaining aging Catholic school buildings, along with the costs of hiring laymen to teach students (versus the nuns and priests of decades ago), and the view among some Catholic that the schools have diluted their perceived primary mission of providing a religious education, has led to a decades-long decline in the number of schools. As seen in New York City (where the nation’s largest archdiocese is struggling with budget deficits) and in D.C. (which closed all but four of its inner-city D.C. schools), it is harder for dioceses to continue serving kids who aren’t part of their faithful.

Yet poor, minority, and even middle-class kids still need escape from the worst (and the mediocre) American public education offers. As seen this week in the results from the 2009 Programme for International Student Assessment (along with results from the NAEP and a dropout crisis that leads to 1.3 million kids dropping out every year), these students need and deserve high-quality education. And while charter schools have begun to fill some of the needs in big cities (and achieve the same levels of student achievement found in Catholic schools), state laws restricting their expansion, along with the opposition of affiliates of the NEA and AFT, frustrate the growth of charters.

Meanwhile one can also say that these kids need more than just academics. At its best, religious instruction provides students with the hope and the moral education they need to avoid falling into poverty and prison. The lessons of self-sacrifice, delayed gratification and the Golden Rule are almost as critical to surviving in life as Algebra and reading.

For black children and their Latino counterparts in big cities and suburbia, black churches could provide the academic and spiritual education they will often not receive in traditional public schools. These  churches already provide food pantries, social services on behalf of government agencies, and provide Sunday School to kids in their flock. And black churches have filled this role before. It was the African Methodist Episcopalian denomination that launched some of the most-prominent Historically Black Colleges and Universities, including Wilberforce University (which my grandmother attended) and Morris Brown. During and after Reconstruction, other black religious leaders founded Morehouse, Clark Atlanta University and Spellman.

Some churches, most-notably Floyd Flake’s Greater Allen Cathedral in the New York City borough of Queens, are already involved in sponsoring charter schools and serving on their boards; others lease their surplus space to charters as part of expanding high-quality school options for kids in their respective communities (along with collecting rent on unused real estate). A few even operate schools of their own. But this isn’t enough. As Catholic parishes did 150 years ago, more black churches must step up to the plate and ensure that the kids of their faithful get the high-quality education they need in order to fulfill their economic and social destinies. It isn’t enough to stand idly by or simply provide mentoring programs to students in local schools. It is as important for black churches, their pastors and their flock to save their kids from the nation’s educational crisis (and keep them off of the ravages of public welfare) as it is for them to save their souls.

It isn’t as if black churches don’t have the money. As one would say, if you want to know about where the money of black people go, start at doors of their local churches. Ninety-percent of charitable giving from African-Americans goes to their local churches, according to the Internal Revenue Service; these churches often buy abandoned properties in the neighborhoods in which they serve in order to spur economic redevelopment. While many black churches aren’t blessed with massive treasuries or megachurch-sized memberships, there are plenty with the means — financial and otherwise — to start their own schools. One-eighth of all black churches have revenues of more than $1 million, or have more than enough means to get into the education game. Even smaller churches can band together and form schools that serve communities within their radius.

The issue is capacity; after all, many black churches struggle to properly manage their operations and use strong financial controls. But even that isn’t difficult to solve. In many black churches, the very people who can help with these capacity issues — including accountants, lawyers and other professionals — already sit in the pews. There are school operators, including Green Dot Public Schools and the Knowledge is Power Program, with whom churches can partner on developing the academic capacity. The emergence of digital learning and other technologies can also allow churches to provide education at a relatively low cost; imagine an Abyssinian Baptist Church providing blended learning in Harlem?

The benefits of black churches starting schools would most-certainly benefit kids. But it also helps the bottom lines (financial and social) of the churches themselves. By saving young minds, the churches keep kids out of prisons and help them become productive citizens who rebuild surrounding communities. The presence of black churches as school operators would also bolster the case for expanding school choice itself. For reformers, this is an opportunity to build the kind of alliances with grassroots leaders that will help sustain reform and end the status quo of mediocrity and educational malpractice in American public education. And for school choice activists and those who support a free market in education, the presence of black churches as school operators also expands the number of choices and players in the market for educational options.

Black churches can no longer play gospel in the sanctuaries while kids drop out into poverty and prison. They must embrace school reform and take the role that Catholic churches have done for so long and for so many.