Building A Culture of Genius Giving Parents Power Inside the Beltway

Rewind: What Race to the Top III Should Look Like

RiShawn Biddle
Comments Off on Rewind: What Race to the Top III Should Look Like 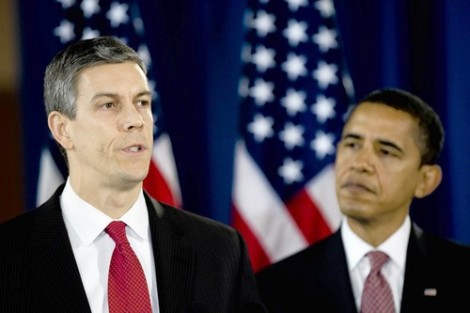 Yesterday’s announcement that nine states and the District of Columbia won round 2 of Race to the Top once again showed off some of the school reform efforts biggest flaws. As others consider how pathbreakers such as Colorado and Louisiana lost out while laggard states such as Ohio and Hawaii won the day, this Dropout Nation commentary from May is as relevant to the conversation as ever.

As I have opined numerous times here and elsewhere, one of Race to the Top’s biggest flaws is that it isn’t ambitious enough. There aren’t enough players in education competing for the $3.4 billion in remaining funding; it is only a nudge toward reform not a truly bold step; and it doesn’t take advantage of the clever competition approach that has succeeded so far in getting states to take on the reforms they should have been pursuing in the first place.

What are the five steps President Barack Obama and U.S. Secretary of Education Arne Duncan should undertake in future rounds? Here are some thoughts:

At this moment, Race to the Top is more of a nudge toward school reform that a bold leap. Considering the dropout crisis — and that 1.2 million children drop out every year into poverty and prison — nudges aren’t enough.