Learning the Origins of the Civil War

By now, most reformers have heard about White House Chief of Staff John Kelly’s declarations on talk show host Laura Ingraham’s show that the American Civil War resulted from the “lack of ability to compromise”, that “Men and women of good faith on both sides made their stand where their conscience had them make their stand”, and that Confederate General Robert E. Lee was “was an honorable man who gave up his country to fight for his state.” Nothing in Kelly’s remarks mentioned the reason for the war being fought: The desire by southern state politicians to preserve the enslavement and oppression of Black people.

Certainly Kelly’s statement, likely made as part of the Trump administration’s efforts to sway attention from yesterday’s indictments of key figures in the current Occupant of the White House’s successful presidential campaign, don’t square with facts or original texts. Given the Trump Administration’s comments in defense of White Supremacists in Charlottesville back in August — and the president’s own defense of Confederate monuments — it is also not shocking.

But Kelly isn’t the only person who holds such views. Thanks to the efforts of early 20th century scholars who advocated a romantic “Lost Cause” version of Civil War history that obfuscated the debate over slavery as the main cause of the war (as well as the erecting of statues dedicated to Lee and other Confederate war leaders that served as propaganda), generations of Americans have been misinformed about at least 618,000 Americans died during four years of fighting — and why President Abraham Lincoln was ultimately assassinated just days after the Confederacy finally surrendered to the Union.

Dropout Nation has spent the past three months discussing the steps teachers and reformer can take to overhaul civics and history curricula in order for our children to gain a more-honest understanding of the nation’s history. This has included discussing how to use original texts, Census reports, and even genealogy to help children to know how their lives and that of their families interplayed with the seminal events and issues that have shaped our society. Thankfully, there are also plenty of original texts and books that can help teachers, families, and children fully understand the central role the battles over the continuation of enslaving Black people played in the Civil War. 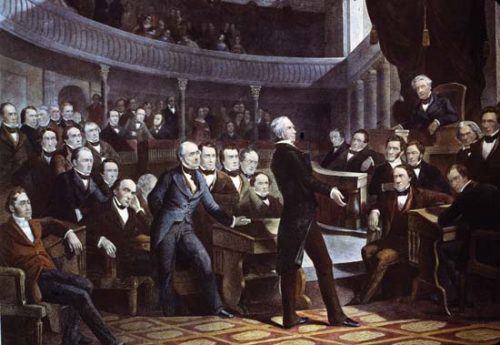 By studying original texts, we can all fully understand how preservation of slavery was the foremost cause of the Civil War.

One important resource lies with the Civil War Trust, which offers a compendium of the Articles of Secession issued soon after Abraham Lincoln (who wanted to compromise on slavery) won the presidential election in 1860. As you read the original texts, it becomes clear that preserving the enslavement of Black people, an activity that was the underpinning of economies in the southern states, was the primary reason for leaving the Union. The secession ordinance issued by Florida, another one of the states that made up the Confederacy can also be read, as well as that of the Constitution of the Confederate States, which explicitly protected the ownership of African American people.

Even the matter of states’ rights, an argument often used by Lost Causers and others in their discussion about the causes of the Civil War was tied to slavery. One way to fully understand that states’ rights in the context of discussing the Civil War lies in reading through the Articles of Secession. In the case of South Carolina, seceders compained that abolitionists in the norther states, through the federal government “assumed the right of deciding upon the propriety of our domestic institutions; and have denied the rights of property established in fifteen of the States and recognized by the Constitution”. When South Carolina and other states mention “property”, they explicitly meant the ownership of Black people.

You can also look at the Fugitive Slave Clause in the U.S. Constitution, one of the original passages in the Founding Document, which declares that “No Person held to Service or Labour in one State, under the Laws thereof, escaping into another, shall, in Consequence of any Law or Regulation therein, be discharged from such Service or Labour”. As Albany Law School Professor Paul Finkelman has noted, when states’ rights is mentioned in context of the Civil War, it is purely about the ability of slaveowners to enslave Black people.

Meanwhile there are plenty of original sources that teachers and families can use in helping children understand the compromises made on the question of slavery. This starts again with the federal Constitution. There is the Three-Fifths Clause, under which slaves were considered three-fifths of a person for the purposes of the Census and congressional representation of southern (and northern) states because they weren’t free people by law. Along with original documents from writers of the Constitution such as James Madison (who took notes during the Constitutional Convention of 1787), you can learn how the battle between those opposed to slavery and those who were slaveholders shaped this and other compromises on the evil that ended up in law.

Another key document is the Compromise of 1820, under which Maine was admitted as a state free of slavery in condition for allowing Missouri to be admitted as a slave state. The original document itself, along with Robert Pierce Forbes’ tome on the significance of the law, demonstrates how congressional leaders of the time felt compromise was necessary to keep together the Union even at the expense of the lives of human beings. 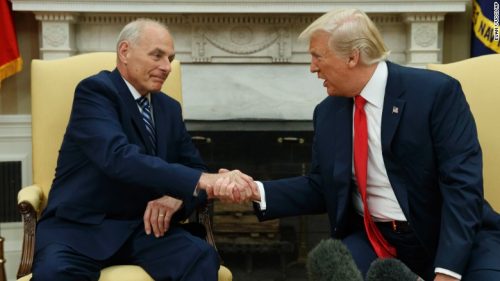 John Kelly’s misstatements about the reasons why the Civil War happened isn’t shocking. American public education has done a shoddy job of providing honest and comprehensive history and civics education.

Then there’s the Compromise of 1850, which admitted California into the Union in exchange for allowing slaveowners in southern states to hunt down enslaved Black people who dared to escape to freedom in the North. An entire compendium is available thanks to the Library of Congress. By studying the documents — including the Fugitive Slave Act that would figure in the infamous Dred Scot decision — children can learn how congressional leaders continued bartering the lives of Black people against a backdrop of increasing opposition to slavery.

The Kansas-Nebraska Act passed four years later, which upset the compromise by allowing voters in both new states to decide whether Black people can be enslaved, also illuminates how political leaders in northern states bent over backwards to accommodate slaveowners and their political representatives in the south. The Library of Congress also supplies the original text as well as the records of the congressional debates involved in its passage. Even as abolitionists such as Frederick Douglass and Charles Sumner convinced many Americans that slavery was evil, politicians such as Stephen Douglas (who authored the act as well as helped pass the Compromise of 1850) thought giving in on slavery was necessary in order to avoid secession. But dissent from Sumner as well as Maine Sen. William Fessenden (who argued that bowing to southern slaveholder demands should no longer be acceptable) foreshadowed the war that was to come.

Meanwhile there are other original documents to consider. There’s Abraham Lincoln’s Peoria Speech in 1854 decrying the Kansas-Nebraska Act; the arguments would eventually be developed by the future president in his debate with Douglas for the U.S. Senate race four years later and in his campaign for the presidency. Douglas’ own first speech in those debates, which would serve as a state’s rights justification for preserving slavery, also deserves to be read. On the side of slaveholders and the south, there are the words of the Staunton Spectator (made available courtesy of the University of Virginia’s Valley of the Shadow project) and James D. B. DeBow, a leading advocate for slavery who justified the Peculiar Institution on the grounds that it preserved the status of white men (including the vast majority who didn’t own Black people for profit).

Then there are Web sites and texts that can be read to fully understand how the defense of slavery (and opposition to it) led to the Civil War. There’s historian Kevin M. Levin’s Civil War Memory, which offers documents and perspectives on slavery and the conflict, and Finkelman’s Defending Slavery, a critical look at the varying rhetoric used to keep the enslavement of Black people status quo ante. The Civil War Trust‘s own Web site provides numerous documents and sources for children, teachers, and families to study, as does Yale University Law School Libary’s compendium of laws. There’s also Smithsonian’s National Museum of African American History and Culture, as well as the Library of Congress and the National Archives, the later two providing online access to original documents for study and understanding. Even Robert E. Lee’s defense of slavery (as well as his mistreatment of them) can be read and considered thanks to the archive operated by his descendants, as well as Elizabeth Brown Pryor’s book about Lee’s writings.

Certainly the original sources won’t change the minds of Kelly, Trump and their allies, or even those defending Confederate monuments. After all, they have become invested in an idea of America that runs counter to the facts in evidence. But this doesn’t mean that future generations of Americans can’t get an honest, comprehensive understanding of how the enslaving of Black people has shaped our nation’s past and present. Reformers should advance this work, and ultimately, help our fellow Americans move towards a more-perfect union for everyone.