The Legacies of Education’s Past Before Us

The Rosenwald School Next Door: The legacies of America’s Original Sin run through American public education — and often leave their marks on the nation’s physical landscape even in plain sight. Your editor and his family sees one each day, as we drive from our home in Bowie to church, passing a humble building on Church and Old Stage Roads surrounded by an old Masonic lodge and trees on what is left of an old farm.

These days, the building is a duplex, a home for those who live in it. But from 1927 to 1952, it was one of many schools funded by the Rosenwald Fund which helped fund schools for Black children in rural communities where Jim Crow-controlled districts were unwilling to serve them with adequate classrooms.

There’s a long history of education on this site. The first school for Black children on this acre of what was then called Collington was built in 1875, a decade after the end of the Civil War. As with so many schools of the time, it was a simple one-room building that often served as many Black children as possible in spite of opposition from White men and women still upset by the end of slavery and the loss of the Confederacy during the civil war.

The first Collington Colored School did its job as well as its could as did the teachers who worked within it. But by 1927, the building was no longer adequate for the job. Even with a declining population of Black people in Maryland and Prince George’s County, many of whom fled to New York City and Philadelphia to escape from Jim Crow, there were still plenty of children in the area who needed to go to school. So the local parents-teachers organization (which, like many of those serving Black people, was separate from a National PTA that tolerated segregation), began agitating for a new schoolhouse. 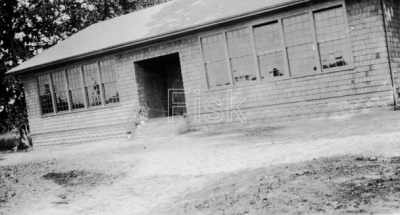 Being a Jim Crow district in a Jim Crow state, Prince George’s County Public Schools was of no mood to build a new schoolhouse for the Black kids in its care. So the Rosenwald Fund, established a decade earlier by the president of Sears, Roebuck & Co., at the behest of Booker T. Washington to build schools for Black children, stepped in to help. In 1927, thanks to Rosenwald and the Black families in the community, this building was constructed, west of the old school (which has since disappeared into history). For the next 25 years, Black children in the are attended the school, getting as much of an education as allowed by a district uninterested in doing anything for them.

The Collington school would be one of the 5,000 school buildings the Rosenwald Fund would help construct between 1917 and 1931. It would do a lot of good. As Daniel Aaronson and Bhashkar Mazumder  of the Federal Reserve Bank of Chicago determined in a 2011 study, the construction of the schools contributed to Black children gaining an additional year of education compared to peers who had no access to school. Along with programs such as the Jeannes Fund, which recruited Black men and women to teach in those schools, the Rosenwald Fund reduced achievement gaps between Black and White children and help more African American attain high school diplomas and even college degrees. All of this despite the obstacles erected by White men and women who thought Black children didn’t deserve opportunities for better lives.

As for the Collington Colored School? It would operate until 1952, two years before the U.S. Supreme Court ruled in Brown v. Board of Education that official segregation was illegal. that year, the Prince George’s County district shut down the school even though it wouldn’t desegregate its schools until two decades later, because it was too small to operate. This fate befell many of the other segregated Black schools built since the end of the Civil War. The old schoolhouse on Church and Old Stage was then sold to the Roman Catholic archdiocese and its Holy Family parish, which them used it to provide religious instruction to the Black children in its pews.

By the end of the 1960s, the building was sold again to Richard Spriggs, who converted the building into a duplex and whose family still owns it. Despite Bowie transforming from a place for the White landed gentry and their horses to a bedroom suburb of Washington, D.C., home to the wealthiest African Americans in the wealthiest Black county in America, the old schoolhouse still remains, one of many Rosenwald Schools still around, though without any historic medallion to signify its past.

As we fight to transform American public education as well as end the policies and practices that damage far too many Black and other minority children, we have to also remember that the dark past isn’t so long ago. In fact, the problems of the past and the solutions for the future can be seen right in front of us, often on little roads that we pass by on the way to fighting the present and shaping the future. 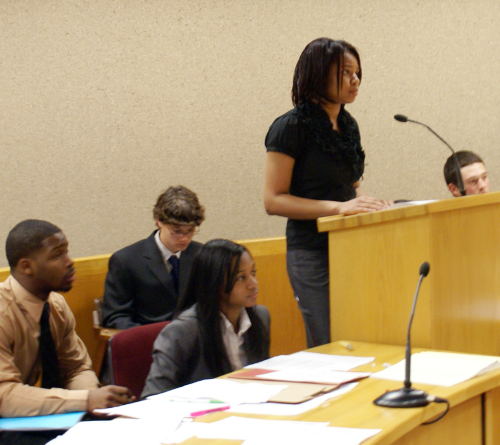 Another Way to Help Improve Civics Education: These pages have devoted part of the past few months to addressing how reformers and others can transform history and civics education so that all of our children gain comprehensive knowledge of the good, bad and ugly of our nation’s past as well as help build a better nation. One way can be seen in a high school in Fairfax County, where the Street Law program is teaching children about the workings of Congress and the nation’s municipal governments.

There in that school, a group of corporate lawyers take time with a class discussing how bills become laws and how celebrities such as talk show host Stephen Colbert participate in shaping how the nation addresses issues such as immigration reform. The high schoolers, in turn, bring up their own experiences in learning the consequences of laws. This includes a move by officials in Falls Church to end a special meal tax that was used to finance the traditional district’s sports activities.

Few in the school reform movement know about organizations such as Street Law and ThinkLaw, which use real-life examples to help kids think through issues in society. Even fewer realize their value. Street Law, in particular, runs annual professional development seminars that help teachers understand the inner workings of the federal judiciary as well as providing mock court sessions and other lessons for children from poor and minority backgrounds. Between 1995 and 2015, Street Law has given high-quality civics education to 300,000 of our youth, while ThinkLaw, run by Teach For America Colin Seale, works in charter and district schools in Nevada, Texas, and Washington, D.C.

But it takes money and bodies to provide more lessons to more children. Street Law, in particular, does this with the help of corporations and law firms donating pro bono time as well as cash. It will take even more money and bodies to expand what these organizations do. This is something the school reform movement and the organizations within it can do if those complaining about the quality of civics and history education wanted to help.

They can start by calling up Street Law and ThinkLaw to learn how they can help out. If they want to know more, they can call up one of Street Law’s past honorees, former New York City Chancellor Joel Klein, or chat up Seale himself. And since some of the leading lights in the movement are Yale Law School graduates and have experience crafting and filing civil torts, they can also take some time out and reach out to these groups to lend a hand. Take the opportunity and become part of the solution.