Should Teach For America stop being more-explicit in its efforts to build brighter futures for poor and minority children inside and outside of schoolhouse doors? This is a question that shouldn’t even be asked in the first place. But it is one that conservative and centrist Democrat reformers are wrongly asking, especially as the nation’s largest (and most-successful) teacher training outfit challenges their perspectives on how to transform American public education.

The first challenge came courtesy of a TFA alum, Sohrab Ahmari of Commentary, who complained that the outfit has “lost its way” because it supposedly spends more time on “immigration, policing, “queer” and transgender-identity issues and other left-wing causes” than on “education-reform essentials” that he prefers. Not surprisingly, Ahmari has found an amen corner from conservative reformers such as Rick Hess of the American Enterprise Institute, long a skeptic of Teach For America’s focus on improving teaching for poor and minority children, who has been increasingly opposed to its stances on issues outside of education.

Another complaint came from the vanguard of centrist Democrat reformers in a brief from Andrew Rotherham of Bellwether Education Partners on the pages of Eduwonk. From where he sits, Teach For America has a “complicated audience problem at a difficult political moment” because he thinks the outfit’s efforts on issues that touch children outside of schools is somehow an effort to “placate the institutional left ” (namely the National Education Association, American Federation of Teachers, and hardcore progressives) that won’t work. As far as Rotherham is concerned, “the political price [for TFA] could be high.”

Certainly Dropout Nation readers aren’t surprised by the criticism. After all, Teach For America has been getting the business from conservative reformers since it began supporting the work of Black Lives Matter activists (and Teach For America alum) Brittany Packnett and Deray McKesson three years ago after the murder of Michael Brown by now-former Ferguson Police Officer Darren Wilson sparked protests and renewed focus on criminal justice reforms that conservatives and centrists generally disdain. This, in turn, has fueled a wider feud within the movement over its future direction. Which is not shocking. After all, the school reform movement has long been a bipartisan movement that has conveniently ignored some of the social issues that end up touching (and are touched by) American public education.

Since then, Teach For America, along with TNTP and other equity- and civil rights-oriented reform outfits, have annoyed the conservative and Centrist Democrat reform players who once were in the vanguard of the movement. This has especially become clear in the last year, as Teach For America has taken the lead in criticizing the Trump Administration. It was among the first to oppose Betsy DeVos’ nomination as U.S. Secretary of Education, and, along with the Education Trust, has been among the foremost opponents of the administration’s move last month to end Deferred Action for Childhood Arrivals, the Obama Administration initiative that kept 800,000 undocumented children, teens and young adults brought to the nation from deportation. 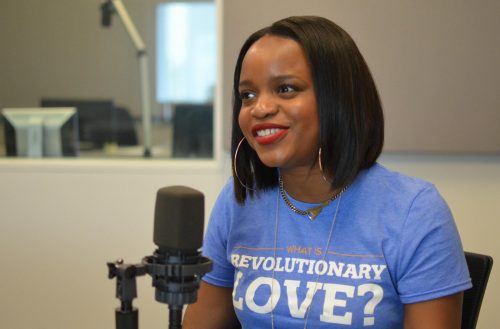 Teach For America’s support for Black Lives Matter activists such as Brittany Packnett, along with its efforts on immigration reform, have angered conservative reformers and annoyed centrist Democrat reform counterparts.

Yet the criticism from both conservative and centrist reformers lack validity.

For one thing, contrary to what Ahmari and other conservative reformers will admit, Teach For America is still focused on its primary goal of recruiting and training high-quality teachers. Some 3,500 new recruits went to work in traditional districts and charter schools in 2017, still within the range of recruits it has sent to classrooms within the last decade. More importantly, the organization remains the foremost pathway for Black, Latino, and Native collegians to get into teaching and, ultimately, helping children who look like them gain the knowledge (and even the role models) they need and deserve.

The other thing to keep in mind is that nothing that Teach For America is doing that is different than what it has ever done. As Ahmari concedes, the outfit’s goal has always been to help poor and minority children gain brighter futures. That is an ideological goal, as ideological as arguing that children should be able to choose high-quality educational opportunities. There are as many conservatives who disagree with this view as left-leaning traditionalists.

While teacher training is its primary goal, it has never stuck to overhauling classroom instruction. After all, within the past 26 years, Teach For America’s network of alumni have formed many of the institutions at the heart of the school reform movement itself, most-notably TNTP (a spinoff of TFA) and the Knowledge Is Power Program chain of charter schools. Meanwhile its alumni, including former Colorado State Sen. Michael Johnston (now running for governor of that state), as well as McKesson (a former candidate for Baltimore mayor) have moved far beyond education to politics and other aspects of society.

If anything, what Teach For America is doing is being more-explicit in its efforts. For many good reasons. One reason, contrary to Rotherham’s assertions (as well as that of other centrist Democrat and conservative reformers) lies with its own alum, who have long argued that it is was far too reticent in tackling both traditionalists and the ills outside of education that harm the very children for which it is concerned. From where they sit, especially after spending time in communities in which they served, Teach For America should be more forthright in tackling issues affecting the most-vulnerable. That most of those 50,000 alumni and current recruits will rally on its behalf means that it also has a level of political protection available to few players in the movement.

Another reason lies with something that Steve Barr, the founder of Green Dot Public Schools, learned long ago: That systemic reforms cannot be sustained without addressing the not-so-educational concerns of the very communities the movement is serving. In the case of DACA, the Trump Administration’s move to end it (as well as its overall effort to deport undocumented immigrants who have contributed to the nation’s economy and society) affects undocumented children and Native-born children of undocumented emigres in traditional districts and charters served by Teach For America recruits. The fact that the move also threatens to deport 2,000 of the outfit’s recruits and alumni (as well as 18,000 other teachers) means that its efforts on this issue is not “out of all proportion”, as Ahmari contends.

By advancing its mission more-explicitly (and politically), Teach For America is conceding a reality that many conservative and centrist Democrat reformers fail to admit: That American public education — especially traditional districts in big cities and increasingly-urbanized suburbs — is at the nexus of the issues facing the nation today. 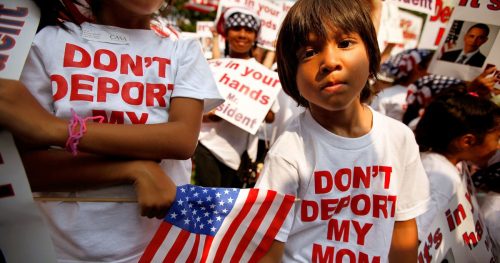 Teach For America is forcing the rest of the school reform movement to live up to its mission for immigrant children and other vulnerable youth.

Reformers can’t help children succeed in life without addressing the direct ways it fuels the nation’s social ills (including the failures to provide children with high quality education they need to sustain families and be knowledgeable leaders in society), its role funneling children into juvenile and criminal justice systems, and its keystone position in perpetuating the legacies of state-sanctioned bigotry against Black, Latino, Native, and immigrant children. This need to tackle all the ills that harm our children has become especially critical because the Trump Administration has proven to be a regime that intends no good for the minority children that now make up a majority of children throughout public education.

Even beyond Trump and immigration, there are plenty of ways reformers can contribute to addressing issues beyond classrooms. One clear example lies within criminal justice reform itself: The protection of corrupt cops by state laws governing use of force and cultism among their colleagues is similar to how teachers accused and convicted of child abuse (along with the merely incompetent) are enabled by tenure and teacher dismissal laws as well as by the thin chalk line of support from fellow instructors. Two of TFA’s most-prominent alumni, McKesson and Packnett, have focused on that issue through Campaign Zero, which borrows from the National Council on Teacher Quality’s database on collective bargaining agreements to provide transparency on how contracts between unions and police departments protect rogue cops.

Put simply, Teach For America, along with other civil rights-oriented and progressive reformers, is doing the right thing.

Certainly this is discomforting for conservative reformers not named Rick Hess who have found themselves between a rock and a hard place. It is increasingly difficult for them to both be champions for all children and ally themselves with an ideological conservatism that now embraces the kind of rank bigotry from which the legendary William F. Buckley Jr. and other founding fathers of the movement distanced themselves (even as they embraced their own pernicious form of racial myopia).

As for centrist Democrats? We’ll exclude Rotherham from this discussion because he has generally been on the right side of these issues. All that said, the problem for many of them is that they prize bipartisanship and “the politics” over doing good, often at the cost of the vulnerable. [There’s also the reality that many of the policy initiatives they implicitly supported, including the Clinton Administration’s Community-Oriented Policing program, are culprits in fueling the school-to-prison pipeline.]

But in pursuing its path, Teach For America (along with civil rights-oriented reformers) is challenging conservative and centrist Democrat reformers to take a different course on systemic reform that admits the issues that face all of our children. This means crafting a new bipartisanship based on the moral and just agreement that all children, no matter who they are or where they live, deserve institutions that do better by their lives. Which, in turn, will help this nation in its goal of forming a more-perfect union.