New Orleans is a relatively small American city that sometimes seems not to be part of the United States at all. Until Hurricane Katrina, New Orleans was glamorized by images of black jazz and white dissipation. After Katrina, as if a curtain had been ripped away, it was revealed as a particularly extreme example of the continuing subjugation of the descendents of enslaved Africans.

Today, New Orleans is two cities. One is white and prosperous; the other, black and poor. Caste is presented in a most literal manner in New Orleans: White neighborhoods are on higher ground than the predominately Black neighborhoods of the city. This became a crucial difference after the hurricane, when the ill-constructed levees broke, as the authorities knew that they would, and the lowest-lying parts of the city were flooded 20 feet deep, many of their inhabitants drowned, others driven out of the city. Reconstruction, as well, was conducted on racial lines, abetted by and abetting private profit, almost as if the ill-constructed levees, the botched emergency measures, and the vulture reconstruction were intended to alter the demography of the city. Which is what happened. Post-Katrina, the black population declined by 119,000 people, more than the current white population of the city, half of whom did not live there before Katrina.

Those remaining black residents of New Orleans, especially men, die much younger than their white counterparts. Life expectancy for the average white person is 76.2 years; for blacks, it is 67.4 years. For blacks in the city’s poorest communities, life expectancy is 54.5 years – or nearly a generation shorter than that of their White fellow citizens.

Income disparities in New Orleans are also quite extreme. White per capita income in the city is $43,022 and quite concentrated at the top: a quarter of New Orleans White families have incomes over $150,000 a year. And fifteen percent of White families – 3,154 families – have incomes over $200,000 per year, a higher level than the six percent national average. On the other end of the income distribution, the poverty rate for white people in New Orleans was 13.5 percent in 2010, with just seven percent of white residents receiving food stamps and SNAP benefits, while only eight percent of white children under age 18 lived in poverty.

This picture of prosperity contrasts with the poverty of African American New Orleans. Black per capita income is $15,243; only two of black families earn more than $150,000 a year, and hardly any earn over $200,000. The poverty rate for black families was 30 percent in 2010, more than twice the rate for whites. Twenty-eight percent of black residents collect food stamps and SNAP benefits, four times the proportion of white counterparts. Forty-six percent of black children under age 18 live in poverty, nearly six times the rate for their white peers. More than half oof black families and no husband present live in poverty, more than twice the percentage of white families without husbands.
This extreme downward compression of Black incomes in New Orleans is a manifestation of the limited types of employment opportunities for African Americans in the city. In White New Orleans, 55 percent of the civilian employed population are managers, business and professional people, while just 14 percent work in service populations. In Black New Orleans, only 24 percent are managers, business and professional people, while 28 percent work in service occupations. Black New Orleans serves White New Orleans. You might say it has always been thus. There are just fewer, poorer, African Americans in town these days. 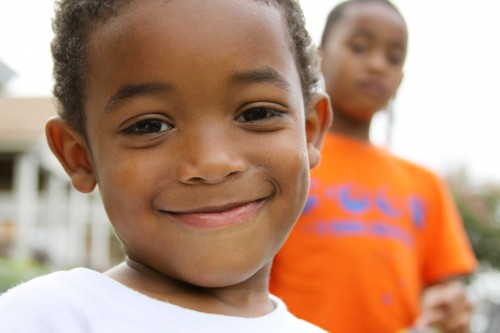 Wealth, the “real” property of housing and financial assets, is crucial to the well-being of people living in a non-socialist economy. Wealth is a cushion against adversity (such as a hurricane or unemployment) and is crucial for intergenerational economic mobility. As with incomes, there are stark disparities in wealth between black and white communities in New Orleans. Thirty-seven percent of white households held interest, dividends, or net rental income in 2010, as compared to seven percent of black households. The largest asset of most American families is an owner-occupied house. Vincanne Adams has documented the catastrophic effects of Katrina and the privatized “recovery” actions, which have left many families without the homes in which they had lived for generations. The wealth of the average white household in New Orleans is at least twenty times larger than that of the average black household. This is not a difference of class; it is a demarcation of caste.

There is little intergenerational family income upward mobility in New Orleans’s black community. The odds are two-to-one against a black child in New Orleans doing much better in life than that child’s parents. In Black New Orleans, 60 percent of the children are born into the bottom national quintile in income, 80 percent are born in the bottom two. Two-thirds of the Crescent City’s Black American population live at poverty level with little wealth and even less hope of improving their lots in life.

What are the forces at work forcing black people in New Orleans into a subordinate caste? They can be found in the city’s education and criminal justice systems. 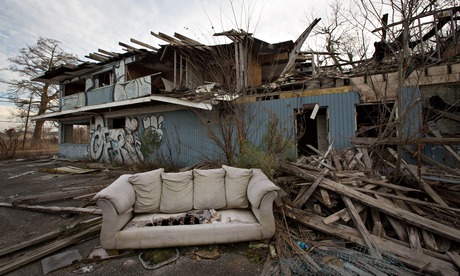 For decades, the Orleans Parish School Board supported large numbers of black teachers and staff, but didn’t necessarily serve well the predominantly-black children attending its schools. But after Hurricane Katrina, Louisiana state government took control of the majority of those schools from the board and placed them under the supervision of the Recovery School District. Today, both districts exist alongside each other as well as alongside a diverse collection of public charter schools. The situation is made all the more-unusual by the state’s voucher program, which now sends 18 percent of New Orleans’ black students to private schools ranging from those run by the Catholic Church to operations not recognized by the state’s education department.

There has been plenty of praise for the efforts of Recovery School District and the other school reform efforts in New Orleans. I have my own thoughts. But I do keep in mind that the state’s decisions have led to thousands of black employees losing their jobs, devastating the meager black middle class that did exist. More importantly, what matters most is whether the educational attainment of black children is improving for New Orleans as a whole. The data offers a somber story.

Just four percent of the eighth-graders served by both Orleans Parish and Recovery reached “Advanced” level on reading portion of the 2014 Louisiana Educational Assessment Program, while another 15 percent showed “Mastery”. This means that the remaining 81 percent of eighth-graders were reading below grade level. Despite this massive failure to teach the overwhelming majority of students to read and write at grade level in grade 8, the State Department of Education reports that the Orleans Parish public schools graduated 1,137 students in 2011-12 and the Recovery School District graduated 1,134. Of those 2,271 graduates, according to the state, 1,306 (58 percent) enrolled in college the next semester; 438 of them in two-year colleges and 869 in four-year colleges. 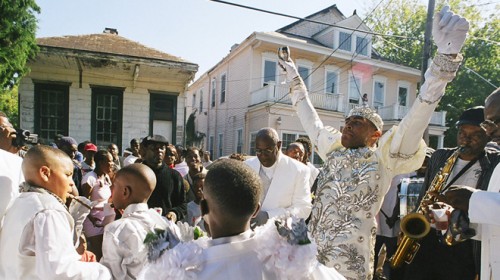 For those living in the Treme district of New Orleans and the rest of the city, there is still little to celebrate.

If the state’s data on college attendance is accurate, it would appear that three-quarters of the New Orleans high school graduates who enrolled in four-year colleges attended those two schools and very few graduated within six years. (This accords with the fact that 58 percent of black New Orleans residents ages 25 years and over reported to the Census that they had gone no further in their education than a high school diploma.) Some graduating high school seniors went to other schools, some students in these schools came from other cities. There is a rough balance in these assumptions, given which, the data from the University of New Orleans and Southern University at New Orleans provides a reasonable gauge of the effectiveness of public education in New Orleans.

At which point we can turn to the issue of justice in Orleans Parish. Cindy Chang, writing in The Times-Picayune in 2012, reported that “Louisiana is the world’s prison capital. The state imprisons more of its people, per head, than any of its U.S. counterparts . . . Louisiana’s incarceration rate is nearly five times Iran’s, 13 times China’s and 20 times Germany’s.” Meanwhile the New Orleans Police Department has been investigated by the U.S. Department of Justice for arrest practices that leads to “an atmosphere in which discriminatory policing can occur unchecked.” This includes more than 500 black men under age 17 being arrested for serious offenses while just eight young white men being arrested on the same charges.

There are 26,000 young black men in New Orleans between ages 20 and 40. If we believe that about 60 percent of those graduated from high school, leaving at a minimum, 10,400 who did not. This is the group, nationally, most likely to suffer incarceration “in their life course,” as Bruce Western puts it. As the average prison sentence in the U.S. is about five years, it would seem that over the 20-year span of that cohort, it is highly likely that all black men in the city who did not graduate from high school would at some point by age 40 have been incarcerated, on parole, on probation, with limited employment opportunities and greatly damaged social relations. All those and a good few other black men in the city as well.

It is not therefore surprising that in 2010 the Census counted 3,090 African Americans in New Orleans in correctional facilities for adults – and just 1,761 in higher ed student housing.

The nationally funded and privately profitable “recovery” of New Orleans has decimated the city’s black community, clearing broad areas of the city of black people. Four out of every five (mostly-black) children are still unable to read at grade level nearly a decade after Katrina. Most of those who do manage to graduate are so ill-prepared for college that just a few hundred of them – nearly all women – graduate within six years. The men who drop out end up being available for jails and prisons, in some cases, run as for-profit enterprises.

General Sherman, when asked how to treat an enemy, advised that “they should be left with nothing but eyes with which to weep.” Do we wish it said that post-Katrina New Orleans is how the United States of America treats its own citizens at their most vulnerable?

Data is Critical to Parent Power

The Shame of the BeltwayThree Thoughts

The Shame of the Beltway