Your editor gives one cheer to Minneapolis Public Schools Supt. Bernadeia Johnson for her decision last week to halt the overuse of suspensions and expulsions on kids in its early childhood education, kindergarten, and first grade classes. After all, by doing so, Johnson recognizes that harsh school discipline does nothing to help kids learn the consequences of misbehavior, and worse, allows teachers and school leaders to avoid addressing the underlying illiteracy at the heart of students acting out.

Yet your editor cannot give Johnson credit for doing only part of the right thing — especially given that she been a key player in Minneapolis’ school leadership for most of the last decade, and had ample opportunity to address suspensions and expulsions. This is especially clear after a Dropout Nation analysis of data submitted by Minneapolis to the U.S. Department of Education shows wide disparities in who is subjected to the harshest school discipline. The district should have long ago addressed the underlying issues behind its overuse of suspensions and other discipline that damages the futures of children.

Nine hundred eighty-three young black men and women attending Minneapolis’ regular classes were suspended once during the 2011-2012 school year. This means that eight percent of the 12,392 not condemned to special ed ghettos attending Minneapolis’ public schools were kept out of school. Another 504 black children — or 5.1 percent of  the district’s African American student population — were suspended more than once. [Another 33 black students were given in-school suspensions.]

Meanwhile 134 young black men and women were referred to law enforcement in 2011-2012; given that none of those kids were arrested in school (Minneapolis didn’t have any arrests on school grounds that year), that means that the district sent 1.1 percent of its black students to the juvenile justice system, likely for status offenses such as truancy that can (and should) be handled by the district’s school leadership. Essentially, Minneapolis is often putting kids on the path to the criminal justice system for reasons that have nothing to do with actual crimes.

Minneapolis’ school discipline levels weren’t the highest Dropout Nation has seen. But the disparities between punishment meted out to black kids and kids from white households were particularly egregious. The district meted out one out-of-school suspension to just 133 white kids or a mere 1.2 percent of the 11,392 Caucasian Americans served by the district. The district meted out multiple suspensions to another 57 white kids, or five-tenths of one percent. [In-school suspensions were meted out to just six white kids.] As for referrals to law enforcement? Just 34 white students, or three-tenths of one percent.

Put bluntly, a black child attending the Minneapolis district has a one in eight chance of being subjected to some form of harsh school discipline, while their white peer face only a two in 100 chance.

This disparity in school discipline isn’t just a problem for Minneapolis’ black students alone. The district meted out one out-of-school suspension to 7.8 percent of the 1,577 American Indian students attending its schools; another 4.8 percent were suspended more than once that year. [The district meted out in-school suspensions to four Native kids under its care.] The district also referred 2.6 percent of Native students to law enforcement, with those kids likely ending up in juvenile court for status offenses.

But as bad as the overuse of harsh school discipline — and the wide disparities — are for Minneapolis’ black and Native kids in regular classrooms, it is even worse for those condemned to the district’s special ed ghettos. The district meted out one suspension to 512 black kids in special ed — or 17.2 percent of the 2,984 black kids stuck in the ghettos.  It also meted out multiple suspensions to another 513 black kids, or another 17.2 percent. 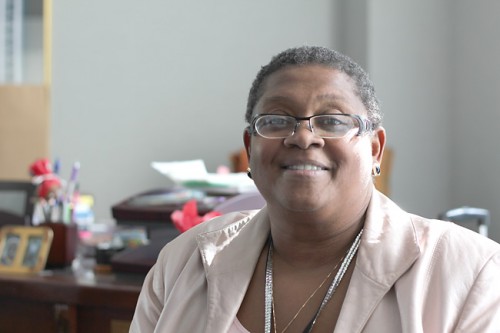 Black special ed kids weren’t the only ones more-often subjected to harsh school discipline than white peers. Minneapolis meted out one suspension to 25 percent of the 315 American Indian kids forced into its special ed ghettos; another 13 percent were suspended multiple times by the district. [Two were given in-school suspensions.] Native students were the most-likely to be referred to law enforcement by the district, with 8.6 percent of them sent to juvenile courts in 2011-2012; another 2.5 percent were arrested on the district’s campuses.

The district also meted out one suspension to 6.6 percent of the 244 Asian students condemned to special ed ghettos; another 4.1 percent were suspended multiple times by the district. [In-school suspensions were meted out to just two Asian kids.] Another 1.6 percent were referred to law enforcement (and ultimately, in most cases, to juvenile court), while eight-tenths of one percent were arrested on school grounds.

Let’s just say it: If you are a black kid in Minneapolis’ special ed ghettos, you have a two-in-five chance of being suspended, arrested, or referred to the juvenile justice system, and if you are Native, that chance is one-in-two. On the other hand, if you are white or Asian, the chances are at most, one in ten. All these numbers are horrible. But even more so for the most-vulnerable of our children in this Twin Cities district.

This data explains why the U.S. Department of Education, which is following up on its issuance of guidance earlier this year on addressing overuse of school discipline by districts throughout the country (a matter opposed by some misguided reformers and defended by Dropout Nation), is investigating Minneapolis for civil rights violations. And why Johnson, facing both federal heat along with embarrassment from a Star-Tribune report last month showing massive increases in numbers of kids in early grades being suspended, belatedly decided to do part of the right thing.

At the heart of the problem is that Minneapolis is dealing miserably with the underlying illiteracy that is the key culprit for student misbehavior. As Deborah Stipek and Sarah Miles of Stanford University determined in a 2006 study, third-grade reading performance is strongly associated with social skills. Children with strong reading skills in the early grades tend to also have good social habits (including the executive function of self-control), while those who are functionally illiterate tend to struggle with discipline.

Minneapolis, along with the rest of the urban districts in Minnesota, is dealing poorly on this front, especially for poor and minority kids. Fifty-two percent of black kids in the North Star State’s big city-districts (along with 39 percent of Asian kids) read Below Basic according to the 2013 National Assessment of Educational Progress. Just 47 percent of black third-graders and 45 percent of Native peers in Minneapolis reached the North Star State’s (rather lowly-set) level of reading proficiency according to its 2012 exams. This isn’t shocking. As Dropout Nation noted in 2012, the district is doing poorly in providing high-quality education to all of the children under its watch.

While the district has implemented a program focused on improving literacy in the early grades, it is using Fountas & Pinnell’s guided reading system, which doesn’t actually help students build up their comprehension by providing them with either challenge or much-needed background knowledge critical in building literacy.  As Timothy Shanahan, one of the nation’s foremost researchers on literacy, points out, guided reading’s goal of matching kids to books they can easily read is little more than “relegating them to training wheels forever” This means that the district’s efforts are doing more than putting kids on the path to suspension and, ultimately, academic as well as economic failure.

Another problem lies with the perceptions of Minneapolis’ school leaders and teachers towards children from black and Native households. Essentially many of the adults in the district believe that certain racial and ethnic groups of students are discipline problems because they think they are destined to end up that way. This can be seen in another problem for the district: The overlabeling of black and other minority kids as special ed cases.

[By the way: Don’t think that white kids are necessarily any better off. Sure, Minneapolis is less likely to label white kids as special ed cases — or subject them to harsh discipline — than their black and Latino peers. But the fact that 15 percent of white kids in the district — 70 percent of them young men — are in special ed ghettos is disconcerting to say the least. And for all kids, such levels should be unacceptable.]

But Johnson and her charges in Minneapolis’ school leadership aren’t the only culprits. After all, kids don’t end up in principal’s offices unless referred by teachers, especially those who lack the strong training in classroom management (as well as empathy for kids regardless of background) to keep wayward kids in line as well as diagnose underlying learning issues.

These teachers are protected by the American Federation of Teachers’ Minneapolis local, which strongly oppose even Johnson’s weak effort to reduce some of the overuse. The fact that the local argues that the district should instead hire guidance counselors and mental health professionals betrays the union’s sole concern for protecting laggard members instead of looking out for the futures of kids. That the new hires it proposes the district to hire would be new rank-and-file members, and therefore, contributors to its coffers, is especially cynical.

Minneapolis is simply over-suspending far too many kids, especially from black and Native households who are the most-vulnerable. As former district board member Chris Stewart rightfully noted yesterday, Johnson’s moratorium isn’t going to do much to address that problem. The district needs to address the underlying instructional, leadership, curricula and diagnosis issues at the heart of its condemning of kids to the abyss. And it must start now.