The Only Useful Point from MetLife’s Teacher Survey: We Need to Train School Leaders Better

RiShawn Biddle
3 Comments on The Only Useful Point from MetLife’s Teacher Survey: We Need to Train School Leaders Better 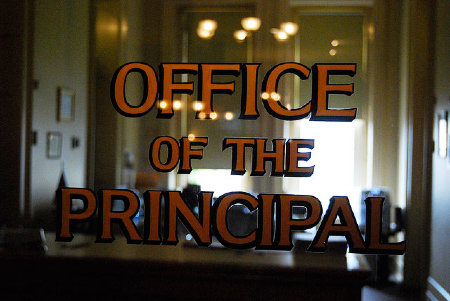 One supposes there is something of value in the latest edition of MetLife’s annual survey of the nation’s teaching and school leadership corps. I guess. Your editor has to agree with Education Week scribe Steve Sawchuk’s assertion that the survey tends to be more of a Rorschach Test for your positions on transforming American public education than a reliable indicator of what is going on in districts and school operations. I am personally skeptical of MetLife survey in large part because the conclusions reached by its authors tend to ignore their own results.

There is the fact that 82 percent of teachers surveyed are either “very” or “somewhat satisfied” with their jobs; this a point that the authors fail to note even as they proclaim that teacher satisfaction continues to decline. But even if satisfaction is a rather loaded term. For most of us, that can depend on the environment in which we work, the ability to do meaningful activities that achieve ultimate goals, the level of autonomy given to get work done, the amount of ridiculousness with which you must deal with either from colleagues, supervisors, or clients, and how much of the demands you are facing you feel don’t make sense (even if from the perspective of customers and leaders, it most-certainly does). When it comes to the nation’s four million teachers, this can be even more varied. A teacher working in the woeful districts in Detroit or Indianapolis, for example, will have a different view of their own satisfaction than a teacher working in a reform-minded district such as New York City, or even an instructor working in suburbia; there are also different reasons for the dissatisfaction based on the years a teacher has worked in a district (and how comfortable they have gotten with not being subjected to any kind of performance management).

There’s also the differences be a newly-hired teacher, a longtime veteran heading into retirement, or even a mid-career teacher . For the latter two, in particular, the changes to the profession brought upon by systemic reform — including the use of objective student performance data in teacher evaluations — can be quite a cause for dissatisfaction, even if the changes being wrought are beneficial both for kids and their younger colleagues. Even the teachers’ own quality of work makes a difference in deciding whether they are or aren’t satisfied. High-quality teachers may not always be very satisfied with their work product, while laggards often are; laggards also tend to be the biggest screamers in teachers’ lounges, so that matters too. The reality is that the teaching profession is changing — and must change — in order to help all students get a high-quality education. Which means that those in the profession and aspiring teachers coming into it must have the talent necessary to deal with the sophisticated, hard work it always was (as well as becoming). And not every teacher currently working in the profession will want to adjust to these realities.

Meanwhile the survey’s revelation that 97 percent of teachers give high ratings to their colleagues is rather meaningless largely because most instructors are solo practitioners who work in silos, and therefore can’t really provide good judgement on how well their colleagues do in classrooms. Considering that many teachers also lack the subject-matter competency, strong knowledge of instructional method, and entrepreneurial self-starter ability needed to be high-quality professionals — a fault largely attributable to the failures of the nation’s university schools of education — one has to greet that particular survey result with skepticism. This is also true for the results of principal’s perceptions of teacher quality; as Dropout Nation Contributing Editor Steve Peha made clear in his special report on school leadership, far too many principals see themselves more as colleagues of teachers with higher job titles than as school leaders charged with smartly ascertaining the quality of their staffs. Given that far too many principals also lack the strong training needed to properly manage teacher performance (or their entire buildings), along with the reality that most still don’t have enough authority to actually make hiring and firing decisions, you can’t give much credence to the survey results on that front.

All that said, the MetLife survey does offer some decent data on the reality facing principals that their roles as school leaders are changing. And for reformers, the results point to the need to overhaul how we train school leaders at all levels — as well as abandon the traditional district model — in order to build cultures of genius that help all of our children succeed.

The fact that 53 percent of principals surveyed admit that evaluating teacher quality is either challenging or very challenging (as well as the statement by 46 percent of their colleagues that such decisions aren’t all that challenging to them) points to two realities. The first? That far too many of our school leaders don’t always know how to use objective data (including student surveys and Value-Added test score growth evidence) to make smart decisions in staffing decisions. The second: The fact that most districts still don’t provide principals with the tools to make such decisions. Certainly the opposition of National Education Association and American Federation of Teachers affiliates in using objective data in teacher evaluations is part of the problem. So is the fact that many states are still struggling to develop data systems that allow for such data to be useful in making staffing decisions. But save for the likes of New York City, most districts have not invested in data systems or information technology infrastructures on their own in order to equip their school leaders to overcome those obstacles. And the fact that most teacher performance management and hiring decisions remain the province of central office bureaucrats (along with practices such as seniority-based assignment rules) all but ensures that school leaders can’t either make such decisions or develop the skills needed to make smart decisions in the first place. Of course, the fact that central district bureaucracies often tend to be places where laggards have failed upward also means that staffing and leadership decisions are often in the hands of folks who shouldn’t be checking coats at Ruth’s Chris.

That 97 percent of principals surveyed admit that “strong operational skills” are critical to success in their jobs (along with the admission by 69 percent of those surveyed that the responsibilities of school leaders is different than what they were five years ago) is a clear sign that more are realizing that the concept of principals as lead teachers is an outdated concept, especially when other sectors outside of education have long-ago realized that specialization in management and leadership are critical skills that are often not connected to making an organization successfully do its business. Certainly it is good for school leaders — and all leaders in every field — to understand the mission and activities of the organizations they run (as well as know about the complications of successful execution on the ground). At the same time, the days of the principal teacher are long gone because the work of operating schools is complicated. The role will become even more complex, especially as more districts either embrace (or are forced to accept) the Hollywood Model of Education in which traditional schools essentially become charters, solo operations not tied to central bureaucracies. For districts and schools, the principal should be overseeing the work of a curricula or instructional director, who can be a high-quality teacher with strong leadership and management skills, yet not exactly interested in the overall management of a school. That curricula or instructional director, in turn, can manage the performance of teachers in classrooms, and be held accountable by a principal for what does or doesn’t happen in improving student achievement.

The realization that operational skills are critical should matter to reformers because the movement hasn’t done much to develop programs to help them do so. As I mentioned last month in a piece on information technology infrastructure, reformers have spent so much time on “cage-busting leadership” mantras (as well as on the much-needed revamp of teacher training) that they have neglected the need to train school leaders on the basics of management. If school leaders cannot manage the operational basics correctly, their ability to build cultures of genius will be severely compromised; after all, it is hard for a teacher to take a principal or superintendent seriously on instructional and curricula matters (much less listen to chatter about busting cages) when their bosses can’t even get the e-mail servers running properly.

Meanwhile the fact that only 49 percent of principals surveyed say that they engaged in some kind of mentoring with another school leader indicates the lack of strong professional development for school leaders. Given the low quality of many of our school leaders, this lack of interaction may actually be a good thing in some sense. At the same time, the fact that so many principals don’t even get to learn from high-quality colleagues means that we aren’t developing good-and-great leaders who can help our children succeed. While the Eli & Edythe Broad Foundation and Education Pioneers has much-admirable work on developing a new generation of school leaders (and bringing talent outside of education into the sector), we need more organizations to focus on the important work on helping those leaders hone their talents. We’re not talking about the crap-work that is traditional professional development; we’re talking about borrowing from other successful models for leadership development outside of education and putting them to work in this sector.

Certainly the MetLife survey isn’t nearly as valuable as it could be. Yet it at least offers reformers some ideas as to what to focus on in terms of recruiting, training, and equipping school leaders in order to build brighter futures for our kids.

When the Conclusions Don't Match the Data: Three Cautionary Lessons for School Reformers