The AFT’s Latest Disclosure: $27 Million to Preserve Its Influence

Dropout Nation Editorial Board
5 Comments on The AFT’s Latest Disclosure: $27 Million to Preserve Its Influence 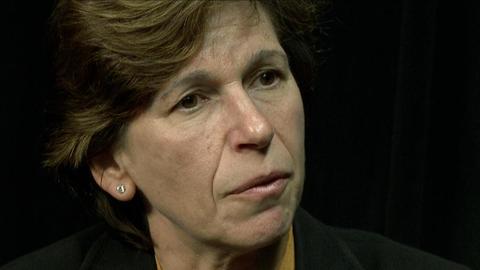 Another year, another LM-2 filing from the American Federation of Teachers. And once again, the nation’s second-largest teachers’ union is spending plenty to maintain its declining influence over education policymaking. The AFT spent $27 million on political activities (including lobbying) and contributions to what should be like-minded groups. While the AFT’s spend is a 21 percent decline from last fiscal year, the numbers don’t include any late-coning spending for the current election cycle (which will be reflected in the union’s 2012-2013 filing with the U.S. Department of Labor); it does include the union’s $1.5 million contribution to the AFL-CIO’s super-PAC, Workers Voice.

Among the recipients of the AFT’s largesse: The National Association for the Advancement of Colored People, which received $50,000 (including $10,000 for its Florida affiliate) for activities such as fighting voter ID efforts in states such as Wisconsin (where the old-school civil rights outfit filed a successful court challenge); and Jesse Jackson’s Rainbow/PUSH Coalition, which received $50,000, likely in exchange for the once-respectable civil rights leader’s support of the union’s Chicago affiliate during its battle with Mayor Rahm Emanuel. Other beneficiaries of the union’s influence-maintaining activities include the Progressive Baptist National Convention, one of the leading umbrella groups for the nation’s black churches (it received $10,000); the American Prospect magazine, one of the key magazines within the progressive movement the AFT and the National Education Association has co-opted ($200,000); education traditionalist mouthpiece Kevin Welner’s National Education Policy Center at the University of Colorado, which picked up a $35,000 check; and the Congressional Black Caucus Foundation, which received $65,000 from the union. [The Congressional Hispanic Caucus only got $30,000.]

The Economic Policy Institute, the think tank whose education studies always seem to dovetail nicely with the positions taken by the AFT and NEA, was again a major recipient of AFT largesse, picking up $230,000 in 2011-2012. An even better-funded player was the AFT’ Foundation’s own Innovation Fund, which is geared toward promulgating the union’s oft-failed effort to triangulate the school reform movement; it picked up $2 million from the union this past year. The AFT also gave $50,000 to the Leadership Council for Civil and Human Rights, one of the foremost civil rights-oriented school reform outfits, $12,500 to LCCHR’s ally, the National Council of La Raza, and $5,000 to the NYC Parents Union (which has proven to be quite the front group for the AFT’s Big Apple local). Barnett Berry’s Center for Teaching Quality, the longstanding traditionalist arch-rival of the National Council on Teaching Quality, picked up $10,000 from AFT coffers.

The advocacy activities didn’t stop at just giving out dollars. The AFT poured $3.5 million into its New York State affiliate’s political action committee, and tossed down $153,653 into the political efforts of its Massachusetts affiliate. The union also poured $372,842 into its Florida affiliate’s PAC, which is working to beat back efforts by reformers to abolish the state’s religiously-bigoted and anti-school choice Blaine Amendment; and put another $209,000 into the Chicago affiliate’s “Partners in Political Education” activities. The AFT is also weighing in on California’s Prop. 32, which would restrict its affiliates (and that of the NEA) from using forced dues payments by members to fund political activity; it has poured $500,000 into Alliance for A Better California 2012, the front group for the public sector unions opposing the referendum.

Meanwhile AFT President Randi Weingarten certainly did well in the compensation department this year: She was paid $556,981 in 2011-2012, a 13 percent increase over the previous fiscal year. Secretary-Treasurer Loretta Johnson (who used to be the union’s executive vice president) picked up $381,614, a mere 3 percent increase. Francine Lawrence, who was elevated to Johnson’s former post (and was previously the head of the union’s Toledo local, best-known for its promoting of the less-than-useful peer review approach to teacher evaluation), earned $297,346 last fiscal year. When one adds in the salary of former Secretary-Treasure Antonia Cortese, the AFT paid its top three officials $1.4 million in 2011-2012, a 12 percent increase over the previous fiscal year. [It barely increased when Cortese was taken out of the equation). The union’s apparatchiks also earned plenty, but not as much as they did last year. David Dorn, the union’s director of international affairs, for example, collected $193,634 in 2011-2012, less than the $223,965 he made in the previous fiscal year; while the union’s general counsel, David Strom, earned $199,227, a decline from $201,472 in the previous year. Hartina Flournoy, the longtime Democratic Party operative who now serves as Weingarten’s assistant, did see a slight bump in pay (from $231,337 in 2010-2011 to $236,934 in 2011-2012).

Certainly this news comes on the heels of the report released Monday by the Thomas B. Fordham Institute and Democrats for Education Reform on the influence of the AFT and NEA in all 50 states. As one would expect, Weingarten was none too pleased with the findings. But then, anything that reminds folks about the influence of the AFT (and how it uses it to protect failed policies and practices) is never a good thing. At least for her.

Dropout Nation will provide additional analysis of the AFT’s financial filing tomorrow. You can check out the data yourself by downloading the PDF version of the AFT’s latest financial report, or by visiting the Department of Labor’s Web site.

The Dropout Nation Podcast: Time for Black Churches to Stand Up for Reform

Time to Accept the New Normal in American Public Education (Or Why California's Prop. 30 Should Go Down)