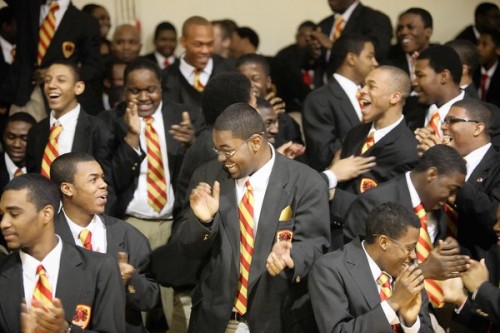 When Thomas B. Fordham Institute education czar Mike Petrilli once again trotted out a defense of ability-tracking, the racialist-driven form of rationing education that essentially declares that poor and minority kids are incapable of comprehensive college-preparatory learning, he made the mind-boggling declaration that teachers need to be freed from “ideological” opposition to teaching methods that in his mind may work. Your editor has already made short work tearing apart arguments advanced by Petrilli and others three years ago, and given how tiresome (as well as morally and intellectually unsupportable) arguments for reviving ability-tracking can be, there’s no point in further indulging Petrilli’s argument.

But Petrilli isn’t the only school reformer or education traditionalist who defends continuing a system that has done far too much damage to generations of poor and minority children. In this Best of Dropout Nation from February 2011, Editor RiShawn Biddle also takes aim at similar thinking from Harvard University professors that would not serve our children. Read, consider, and take action.

Best of Dropout Nation: The Need for More Choice