Another Lawsuit for School Reform: StudentsFirst, DFER and Others Push for California to Embrace Teacher Quality Reforms

RiShawn Biddle
1 Comment on Another Lawsuit for School Reform: StudentsFirst, DFER and Others Push for California to Embrace Teacher Quality Reforms 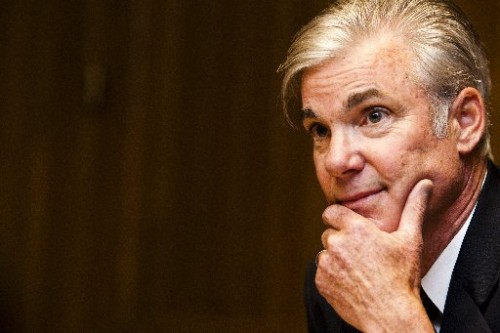 Last July, your editor argued for school choice activists and other reformers to take a page out of the playbook of funding and equity activists and embrace legal action to advance overhauls at the state and district levels. Since then, Parent Power activists such as those in the Los Angeles Unified School District organized by Alice Callaghan (with backing from the school reform group EdVoice) , and the Connecticut Parents Union have launched their own tort actions to force districts and states to use objective student performance data in teacher evaluations and end Zip Code education policies that criminalize the actions of families such as that of Marie Menard who want to keep their kids out of failure mills.

But school reformers in other circles have largely shied away from this tactic. Until now. On Tuesday, a coalition of groups that include Michelle Rhee’s StudentsFirst, Democrats for Education Reform, Parent Power group Parent Revolution, and families throughout the California, backed a suit filed in state superior court on behalf of eight teenagers against the Golden State and L.A. Unified, demanding an end to one of the most-pernicious policies defended by the National Education Association, American Federation of Teachers and other traditionalists: Reverse-seniority (also known as Last In-First Out or Last Hired-First Fired) layoff rules that force districts to sack young teachers — including those who are successful in improving student achievement among poor and minority kids — in order to keep  veteran instructors (especially laggards who don’t deserve to be in classrooms) on the job. Declaring that “outdated laws” are “preventing school administrators from… improving the quality of our public educational system by denying them the flexibility to make teacher employment decisions driven by the needs of their students”, the Students Matter coalition is demanding that Golden State officials ditch LIFO rules and allow districts to make layoff decisions based on how teachers perform in the classroom.

The lawsuit goes even further by demanding that the state end its traditional system of granting tenure under which newly-hired teachers can gain near-lifetime employment in just two years. Near-lifetime employment privileges is a terrible idea in any case, but even worse so in California because it takes four years to fully determine whether a newly-minted instructor has the chops to stay on the job; given that a teacher is unlikely to be better at improving student achievement after 25 years than after four, at least 640 children over a period of four decades (based on federal data on student-teacher ratios) may be subject to educational malpractice from a low-quality teacher. And given that it can take a district as long as seven years (and $2 million) to unsuccessfully attempt to fire a teacher through California’s 10-step process, it often means that few incompetent teachers — and few criminally abusive instructors such as recently-indicted L.A. Unified teacher Mark Berndt (who was paid $40,000 in exchange for dropping his effort to keep his job despite widespread evidence of alleged sexual abuse of children) — are ever tossed to the curb.

Meanwhile the lawsuit hits upon the impact of traditional teacher compensation and performance management within the Golden State (and throughout the nation as a whole) on the quality of education children — especially those from poor and minority households — receive. Given that the quality of teaching likely accounts for half (and likely, more than 50 percent) of the impact of schools on student achievement over time, near-lifetime employment rules, reverse-seniority laws, and desultory teacher dismissal policies conspire to put kids on the path to poverty and prison. This is especially so for poor and minority children, who then must deal with the consequences of Zip Code Education policies such as zoned schooling and restrictions on the expansion of charter schools and other forms of choice. And in turn, the Students Matter lawyers declare that these policies violate the California state constitution’s equal protection and public education clauses. Declares the brief: “Those statutes thus make the quality of education provided to school-age children in California a function of race and/or the wealth of a child’s parents and neighbors”.

The Students Matter suit comes on the heels of the Callaghan suit as well as the scandal enveloping L.A. Unified emerging from the arrest and indictment of Berndt, a laggard rated among the lowest-performing teachers at the school district’s Miramonte Elementary School, who now faces 23 charges of abuse of children; Berndt had fought an attempt by L.A. Unified to dismiss him after the district learned last year that he was being investigated for lewd conduct against children. The scandal led to an effort in March and April by reformers and L.A. Unified to pass a new law that would allow for those facing criminal charges that was successfully fought back by the NEA’s and AFT’s California affiliates. The lawsuit also exposes the deliberate efforts by the state’s governor, Jerry Brown, and State Supt. Tom Torlakson, to do the bidding of traditionalists that backed their election campaigns two years ago and role back the array of reforms successfully pushed by their predecessors, Arnold Schwarzenegger and Jack O’Connell, with the help of former legislative powerhouse (and now DFER California honcho) Gloria Romero. Since taking office, Brown has all but abandoned reform efforts, including putting the kibosh on the development of CALTIDES, the longitudinal teacher data system, and effectively ended the effort to tie student performance data to teacher evaluations. Torlakson has basically become a hero of education traditionalists everywhere for defending the practices they back so wholeheartedly.

If the suit succeeds, one can expect California’s state legislature to end up taking up the very reforms already being enacted in states such as New York and Indiana. It would also force L.A. Unified and other districts to actually do their job and actually perform comprehensive evaluations using student performance data that, as the Callaghan suit argues, can be done and should have been done for the past four or so decades; L.A. Unified, in particular, has been called out by the National Council on Teacher Quality and Dropout Nation for evaluating just 40 percent of veteran teachers and 70 percent of new hires were evaluated by the district during the 2009-2010 school year — and this is one for which neither the district nor reformers can blame on teachers unions. More importantly, the suit may spur other reformers to finally give up their reluctance for using the courts in advancing reform. As Heartland Institute scholar Bruno Behrend pointed out last year on The Conversation, using constitutional clauses to help students succeed is something that all reformers should do.

Education traditionalists are already howling that the lawsuit is just an attempt to eviscerate workplace protections that supposedly help teachers from losing their jobs without cause. But they have little chance of making a strong case for this. For one, an earlier suit filed two years ago by the American Civil Liberties Union’s Southern California branch successfully forced L.A. Unified to abandon last hired-first fired in layoffs at failure mills serving poor and minority students; although the notoriously-bellicose AFT local there is appealing the decision, the underlying argument behind that case has plenty of legal merit. More importantly, there is more evidence that the very practices traditionalists defend do little more than foster cultures of low expectations in which laggards become cancers, making it difficult for high-quality counterparts to gain the recognition and rewards they deserve.  The fact that the laggards can teach for decades without being forced out also means that they bring down the performance of students by as much as a full year — and force counterparts to work harder in the next year just to get those students back up to speed.  The policies also demoralize younger teachers doing good and great work in helping students succeed because they must work alongside veterans who don’t make the grade — and can keep their jobs to boot in the event of reductions in force. In short, the defense of these policies NEA and AFT affiliates (along with their allies) do damage to the very teachers they say they are defending.

No matter what happens, the Students Matter suit is another important step in developing new strategies for advancing systemic reform. And our kids may be the better for it.