Mayor Bloomberg (and Arne Duncan): You Have a School Data Problem

Michael Holzman
Comments Off on Mayor Bloomberg (and Arne Duncan): You Have a School Data Problem 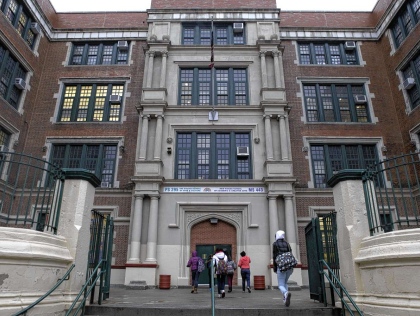 New York City’s Department of Education is the largest district in the country, responsible for educating one million students. How it meets that responsibility is of great concern to those children, their parents, the city’s residents and because of the sheer scale, the nation at large. It is, therefore, vital to have accurate, dependable data about the district’s performance.

Earlier this year the U.S. Department of Education’s Office for Civil Rights (OCR) released its long-awaited Civil Rights Data Collection for 2009-2010 from 72,000 schools in 7,000 districts.  It is literally a collection:  each of those 7,000 districts submitted data on everything from school enrollment counts to statistics about bullying. This data collection is an important resource for all those interested in the condition of education in this country.  OCR has done an exemplary job of making the data accessible and easy to compare and analyze. (Editor’s Note: Whether or not the data accurately reflects what is going on, especially when it comes to young men of all races, or whether all kids are getting college-preparatory curricula, is a different matter entirely.)

But the data collection as a whole is only as accurate as the data sent in by the individual districts. And the data submitted by New York City is most curious.

The data points on suspension and expulsion reported by New York City to the Department of Education’s Office for Civil Rights are even more curious. In 2009-2010, it reported that no students had been expelled. It also reported that none had been referred to law enforcement agencies. And that none of its students had been the subjects of school-related arrests. (Based on news reports and data from the city’s police department itself, this isn’t even close to reality.)

In other words, according to the New York City Department of Education, the district is one of unparalleled wealth among large districts, with no students living in poverty or near it.  The district, according to the data it submitted to the U. S. Department of Education, has completely resisted the charter school movement and has not experimented with alternative schools.  And its very large percentage of children living in homes where English is not spoken have nearly all acquired proficiency in English.

One of the strengths of the Civil Rights Data Collection is that it includes school-by-school data. New York City reports, for example, that:

This is quite remarkable information. Perhaps someone in Mayor Michael Bloomberg’s office should look into it.

The Importance of Being Divisive in Education