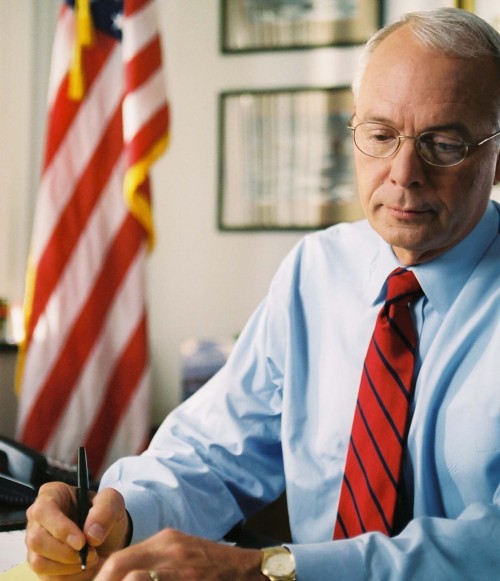 One can easily say this: The proposed bills for revamping No Child Left Behind Act proposed today by House Education and the Workforce Committee Chairman John Kline could be worse. The more palatable of the two, called the Encouraging Innovation and Effective Teachers Act, would at least attempt to require school districts to use value-added analysis of student test score data as a “significant part” of evaluating teacher performance.(The fact that it imposes a federal mandate even as Kline declares that he’s attempting to  Another element of the proposal, which would consolidate some federal teacher quality grants into a “Teacher and School Leader Flexible Grant” is a nod to the competitive grant model pioneered by the Obama administration through its Race to the Top and I3 initiatives.

But the rest of Kline’s proposals — including the so-called Student Success Act — are hardly worth the paper upon which they are written.

As with the now-comatose Harkin-Enzi plan and President Barack Obama’s senseless No Child waiver gambit, the Kline proposals would gut the Adequate Yearly Progress provisions, the most-successful element of the law that has spurred school reform efforts. Even worse, the current draft of the Student Success Act doesn’t even require states to still subject the nation’s 5,000 dropout factories and the five percent of schools with wide achievement gaps, something that Harkin-Enzi had required. Essentially it is another white flag declaring an unwillingness to pursue strong vigorous school reform efforts from the federal level Further putting the kibosh on accountability — and playing to the FairTest crowd — Kline’s proposals would allow states to opt out of testing students for science proficiency; currently No Child requires states to test students at least three times during elementary, middle, and high school years. This would effectively let schools off the hook for helping all kids improve their science literacy. In an increasingly knowledge-based economy, this aspect of Kline’s proposal is incredibly thoughtless.

Kline’s plan would also put an end to the federal School Improvement Program, one of the three key aspects of the Obama administration’s school reform efforts. Your editor has offered plenty of reasons why only one of SIG’s four improvement models is likely to be the most-successful (and why school turnarounds driven, in general, particularly driven by districts, are a fool’s errand). At the same time, Kline doesn’t offer anything that would address the critical question of what to do with dropout factories and failure mills. While the Student Success Act would require states to include some form of “system for school improvement”, the proposal doesn’t require districts to either shut down schools or demands states to enact a Parent Trigger law that would allow families to force their overhaul (or replace district management of the school with a for-profit or nonprofit charter operator).

Meanwhile Kline’s legislation is silent on expanding school choice or advancing any other form of Parent Power measure. While Kline will argue that expanding charter schools is addressed in a bill passed by the Education and the Workforce Committee last year, the current proposal does little to push states or districts to allow parents their rightful role as lead decision-makers in education. The Kline proposals are also more aimed at putting the kibosh on the Obama administration’s reform efforts than offering anything coherent in terms of federal education policy on tackling the nation’s education crisis. One provision would restrict the Department of Education’s use of the regulatory process to require states to enact college- and career-ready standards in exchange for grants or for waivers. That is largely driven by complaints among movement conservatives and reformers from the Heritage and Cato crowd that the administration’s tacit support for Common Core standards in reading and math are tantamount to enacting a national curricula.

Essentially, Kline’s plan would simply revert back to the days before the passage of No Child, when federal dollars were handed out to states without showing any results. And traditional districts would essentially be let off the hook for failing to provide high-quality teaching and curricula to poor and minority students. Essentially the word from Kline’s camp to those kids, along with young men of all races, is basically: “You’re on your own.”

Certainly none of this is shocking. Kline has made clear his intentions more than a year ago in his interview with Dropout Nation. The good news is that Kline’s effort won’t go very far.

For one, his attempt to address federal education policy through a series of piecemeal legislation runs counter to the desires of both his senate counterpart, Tom Harkin and the Obama administration, to reauthorize No Child in its current omnibus form. It is unlikely that Harkin will go along with Kline’s plans. Another roadblock lies within his own party, starting with House Speaker John Boehner, who teamed up with the late Ted Kennedy and President George W. Bush a decade ago to help usher No Child into place. This fact, along with the opposition to gutting AYP from other Republicans (including reform-minded governors, many of whom have already embraced Common Core and would likely rather take their chances with Obama’s waiver effort), means that Kline’s efforts are at a standstill.

Add in the reality that congressional Republicans, regardless of their position on No Child, have no interest in offering Obama any form of legislative victory just in time for his re-election bid, and it is unlikely that any effort to revise No Child (or gut AYP) will at least come out of the federal lower house. Whether the Obama administration will be able to continue its waiver effort without a court challenge? That’s a different story.