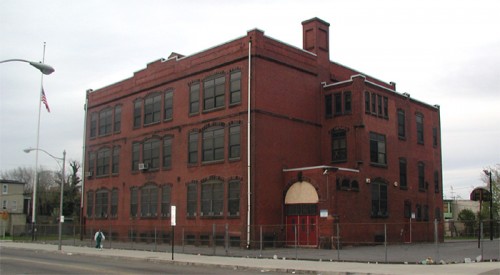 It’s amazing how pieces you wrote months or even years ago take on lives of their own. Yesterday, it was a piece I wrote in August on how education can serve as the long-term solution for pernicious poverty. After more than two months of sitting around Dropout Nation getting relatively scant attention, the Nation‘s resident spokeswoman for education traditionalists, Dana Goldstein, noticed that the piece mentioned her review of Steve Brill‘s Class Warfare. And she was none too happy about it.

Now, folks, Goldstein is right about this: I mistakenly thought that she cited the Coleman Report in her review. After all, when your editor realizes he’s wrong, he admits it. (It will be mentioned in future reprintings.) But Goldstein’s assertion that the research consistently shows that teacher quality accounts for at most, just 15-to-20 percent of student achievement fails the test.

Forget by the way that two of the four studies Goldstein cites don’t assert that neighborhood and family characteristics matter more.  One study she cites, co-written in 1998 by Value-Added godfather Eric Hanushek, John F. Kain and Stephen Rivkin, notes that while teacher quality may account for at least 7.8 percent of student gains, those numbers could easily be underestimated largely because of grade variation in teacher quality, errors that may be inherent in the tests used at the time, and the problems of using lower-bound estimates. Brian Rowan, Richard Correnti, and Robert J. Miller of the University of Pennsylvania make similar arguments in another study she cites. Essentially, it is quite likely the impact of teacher quality is understated instead of being overstated. And Spyros Konstantopoulos of Northwestern University pointed out in his 2005 meta-analysis, teacher quality may have a much-larger impact on student achievement in areas such as mathematics and science, largely because those are subjects more-likely to be learned by students in school than at home.

Ultimately, Goldstein dances around the general consensus that teacher quality (along with the role of families), is the most-critical factor in student achievement, especially within schools. If one wants to go with the argument that schools account for just 40 percent of student achievement, then teacher quality would still be the single-biggest factor in their success or failure, accounting for as much as half (if not more) of variations. If one argues that schools account for half of variation in student achievement, then likely teacher quality looms even larger. And if you divide up the socioeconomic factors along such lines as race, income, and everything else, teacher quality (along with families) would still likely be the biggest single slice of the student achievement pie. Given that research and the development of efforts such as the KIPP chain of charter schools have shown so  that high-quality teaching (along with strong family engagement) have stronger pulls on student success in school than socioeconomic conditions, the family and community factors aren’t necessarily as important as Goldstein declares. Poverty isn’t destiny.

This doesn’t mean that teacher quality is the only matter that must be dealt with in school reform. Good-to-great teachers still need rigorous college preparatory curricula (along with the underlying standards) in order to effectively instruct students. Schools still need strong, savvy, innovative and  principals to help build cultures of genius in which the potential of kids can be nurtured. Families still need the data and information in order to make smart decisions and be the lead players in schools that they should be. And there are practices, such as year-round school schedules, after-school programs, and extended school days, that, along with overhauling instruction and curricula, can help poor kids get high-quality learning (as well as help their parents with their child care needs). But understating the importance of teacher quality — which, despite her protest, is what Goldstein attempts to do with some finesse — essentially lets American public education off the hook for serving up educational neglect and malpractice to its poorest kids. And it is senseless to support the development of meaningful career ladders (as Goldstein rightfully does), without addressing the impact of traditional system of teacher compensation that rewards teachers for seat time instead of improving student achievement (and makes it difficult to initiate such reforms in the first place).

If one takes another look at Goldstein’s review of Class Struggle, some other flaws in her overall argument — that poverty is such a “crushing influence over children’s lives” that teachers and schools are incapable of helping  kids get on the path to success in life — also appear.

For example, Goldstein uses a  2008 Harvard University study on the benefits of school nutrition programs to argue that hunger is strongly correlated to student achievement. The problem is that Goldstein’s declaration is based on what can best be called the public health version of eyewitness testimony: Largely based on subjective observations without objective evidence, and thus, absolutely unreliable. The Harvard review of nutrition research she mentions, for example, bases its conclusions on a series of other studies such as two by a team led by nutritionist Ronald Kleinman which based its results on surveys of observations by parents and school administrators, or grades given by teachers, both of which are subjected to strong biases and aren’t empirical in nature.

This isn’t to say that nutrition can’t be an important factor in student achievement; as I’ve noted, the National School Lunch Program is one of the country’s most successful anti-poverty programs because it ties education and empowerment, two of three areas in which government can actually help alleviate poverty for the long haul. I have no problem with expanding school nutrition programs in order to help kids get three square meals each day. But the evidence she cites doesn’t prove her point.

Then she argues that school reformers should be embracing wrap-around concepts such as those pioneered by the Harlem Children’s Zone that have “realistic assessment of the whole child—not just a child’s test scores”. As a fan of Geoffrey Canada, the Harlem Children’s Zone, and the efforts being undertaken as part of the Obama administration’s Promise Neighborhoods initiative, I definitely think they are one of the many silver bullets for spurring systemic reform and helping all kids succeed. But, as the Brookings Institution pointed out last year in its (rather flawed) study of Harlem Children’s Zone’s results, there are other school reform efforts such as those of KIPP that are doing as good or better at improving student performance without embracing such a holistic approach; even if you dismiss the study (as I generally do), there isn’t enough evidence to show that this approach is better than any of the others being pursued today.

Finally, she argues that the solution for helping kids emerge from poverty lies not so much with reforming schools, but with developing and expanding anti-poverty programs. For more than a century, America has poured billions into anti-poverty efforts, from the mother’s pensions of the Progressive Era to most of the Great Society programs of the 1960s. Yet they have largely been failures. If anything, many of the anti-poverty programs (including welfare) has helped foster what Leon Dash would call the pestilences of gang warfare, drug dealing and unwed motherhood that have plagued Black America and Latino communities.

As I noted in my commentary last September, there are several reasons why they have been failures. For one, short-term anti-poverty efforts ameliorate the problems, but don’t stem those issues for the long haul. After all the food stamps and WIC checks, the families still remain poor. They remain dependent on welfare systems, their condescending administrators, and the corrupt politicians who use those regimes to bolster their political machines. More importantly, anti-poverty programs just don’t address the real issues of low educational attainment that is at the heart of the economic segregation that perpetuates poverty, especially in an age in which what you know is more important than what you can do with your hands. Education equals empowerment, and a high-quality education is what the children of these dropouts need in order to move out of poverty for the long haul.

Certainly schools cannot solve ameliorate short-term aspects of poverty. This is why the school lunch program and Earned Income Tax Credits are important in helping families become empowered and help their kids get the education they need for long-term success. Nor can reformers ignore the social ills that kids do have to deal with when they are not in school. It is why Dropout Nation argues strongly for reformers to team up with grassroots organizations and community outfits that address those issues on a daily basis — and why I put a strong focus on the nation’s failing juvenile justice and foster care systems. But anti-poverty programs won’t be enough. There are some issues, such as out-of-wedlock marriage, that aren’t necessarily matters of poverty in the first place; governments cannot make people get married.

More importantly, anti-poverty programs cannot solve the long-term consequences of the nation’s education crisis, which is the driving force behind the growing gaps in income between poor and more-affluent families. Contrary to what Goldstein or her fellow-travelers may think, the problems poor families face when dealing with American publication aren’t ones of poverty. Their problems lie with practices — including zoned schooling, ability tracking, the gate-keeping of Advanced Placement and other college-preparatory programs, and the restrictions on school choice —  that limit their ability to help their kids get the high-quality education that they need. The condescension of many principals and teachers toward low-income families is especially alienating. And they are tired, tired, tired of just being told that schools can’t provide their kids with high-quality education until every other social ill is fixed.

This is why Parent Power activists such as Gwen Samuel of the Connecticut Parents Union are challenging the institutions in their communities to do better. The schools at the center of the lives of their children should serve them far better than they do. And it would be nice if Goldstein would spend some of her considerable talent taking aim at the systemic problems within American public education that frustrates these families instead of blowing the hot squalid air of excuses that damn poor kids with low expectations.