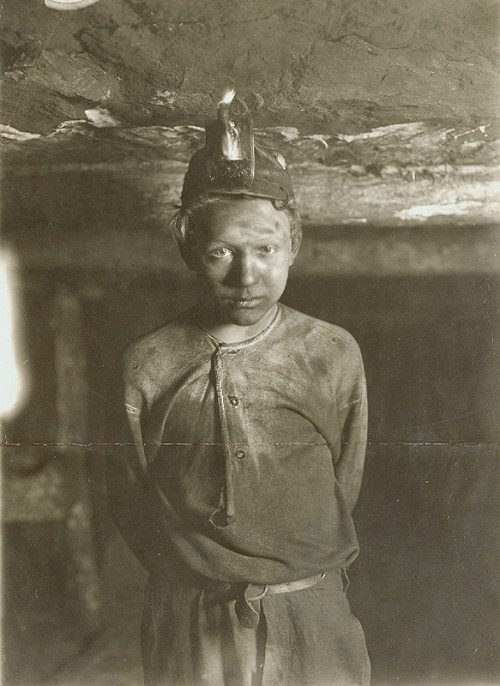 The Poverty Myth of Education, a topic of discussion earlier today at Dropout Nation, is one of the concepts that blind many education traditionalists to the systemic problems within America’s traditional public schools that perpetuate the nation’s dropout crisis. Another, embraced by other traditionalists and even some school reformers, it the Personal Responsibility Myth, which states that students cannot succeed until their families get straight and fly right. (Mike Petrilli of the Thomas B. Fordham Institute hits upon this in his generally thoughtful piece on education and families.)  While those who espouse this view are largely right about the consequences of unwed motherhood and social ills on the economy and society, they fail to remember that social ills have always been around. More importantly, the problems of the nation’s school systems would exist no matter how functional these families may be.

In this Best of Dropout Nation from last February, Editor RiShawn Biddle takes a look at the flaws in the Personal Responsibility myth. Read, consider, and take action.

If you lived in Baltimore, Chicago, New York or Philadelphia in 1887, there was a chance that just two out of every three kids living in the poorest neighborhoods were in school, according to The Seventh Special Report of the United States Commissioner of Labor. If one was talking about the children of immigrants living in slums at the time, it was more like two out of every five. Where were the rest of the kids? The survey shows that most were likely to be at home with their parents. But especially in immigrant household, as many as 15 percent of students were likely working in sweatshops.

Given that the quality of surveys and census counts for child labor and education were not all that reliable, we must consider that data with caution. But along with the compendium of information we do have on childhood activities for the time, it is clear that most kids didn’t likely get an education past the eighth grade; in 1890, just seven percent of young adults age 14-to-17 were enrolled in high school. This didn’t change in the following five decades; only 32 percent of teens age 14-to-17 were attending high school.

It’s difficult to know what percentage of American kids at that time could read at the levels demanded in this day and age (and no pulling out of old textbooks from that era — a trick used by opponents of Common Core standards — will prove that point). We know that, based on Census surveys, at least 13 percent of adults regardless of their race (and, respectively, 56 percent of blacks and 13 percent of immigrants). But those results were self-reported; so it’s more likely that more young adult were signing Xs on the dotted lines and could barely read the New York Herald.

From what kind of households did these kids come? Some of these households wouldn’t look any different from those of today: Single mothers (in this case, widowed or abandoned by husbands). But, for the most part, these young men and women would have come from married two-parent homes — some immigrant households, a few of them sharecropping black families, others having been in America since the founding of Jamestown — in which the parents also couldn’t read. The kids may have learned the values of thrift, hard work, sexual virtue and delayed gratification — values fully embraced for the most part by civil society — but it wouldn’t have helped most of them learn how to read or get out of being economically poor.

This reality must be kept in mind, especially given the context of the times. Back then, two parent households were unlikely to be knowledgeable about what was then known about child development. For many two-parent homes, school wasn’t a priority. As detailed in the book Mothers of All Children, there were parents placing their kids in adult jails because the kids wouldn’t go to work in factories. With both parents often working just to keep food on the table (the stay-at-home mom was, for most of the nation at the time a concept limited to upper middle class and wealthy households), kids could also be seen loitering in alleys, getting into trouble, and exposing themselves to all things bad and otherwise.

In fact, it was the well-considered fear that kids were not getting well-educated for the time (along with the less-charitable view among middle-class women of the time that working-class parents were incapable of raising their own kids in a proper manner) that led to the formation of the nation’s first kindergartens. It is also why the nation’s juvenile justice system came into existence.

Thanks to those efforts, more children in two-parent households (especially among the poor) were attending school. But still, education wasn’t as high a priority; adults could earn a decent income thanks to the nation’s growing prosperity and the advance of modern industrialism (and the trade unions that, for much ill and some good, came with it). By 1940, married couples made up 84 percent of all family households, yet graduation rates were likely still around 50 percent — and that’s for kids who managed to make it to high school.

Why all this history? To highlight a reality: There are some flaws in the argument made by those who perpetuate the personal responsibility myth in education — the school thought that ascribes academic failure to single motherhood, the lack of two-family homes, and a lack of values.

More importantly, they ignore evidence that the problems of American public education are deeper than just low graduation rates among the poor in urban districts. The fact that both middle-class black and white males — kids from college-educated homes that should have strong moral values and be exposed to good parenting — are struggling in reading and other aspects of academics should give personable responsibility myth believers pause. So should data that shows that males account for just 32 percent of all students taking Advanced Placement tests (one of the gateways to college entry) and the array of woeful results on NAEP and PISA.

The reality is that personal responsibility myth papers over the systemic issues that have led to the nation’s educational crisis: Low-quality instruction; mediocre curricula; abysmal recruiting and training of teachers and school leaders; the lack of high-quality educational choice for families; overdiagnosis of illiterate children (especially young men) as being learning disabled; school cultures that treat families as afterthoughts and nuisances; and a system of low expectations (including social promotion and a belief that only some kids deserve high-quality education).

The personal responsibility myth also covers up the lack of empathy among those who embrace it. After all, why enhance skills and work hard to improve student achievement when the kids have been written off as captured by lack of moral virtue? By simply arguing that kids are too shiftless and banal to help, personal responsibility mythmakers simply say that reforming American public education isn’t worth the time. The kids are throwaways; the single mothers (including those battling fiercely to improve education for their kids) are nuisances; and their lives are hopeless. From any worldview, including Christianity and Humanism, this sentiment is abominable. And whatever your ideology, the underlying philosophy violates any sense of humanity.

This isn’t to say parents don’t need to take power and fight vigorously for improving education for their kids, nor should it be said that good parenting and strong family structures can’t be helpful in improving educational outcomes. If anything, the concept of Parent Power and the tools and ideas arising from it — from Parent Trigger Laws to school choice — is based on the idea that parents should be the kings and lead decision-makers in education, something that defenders of the status quo in American public education has been unwilling to acknowledge (except when they want to avoid responsibility for failure).

Parents also need to teach their kids how to behave in school (since that is what parents are supposed to do). As Kay Hymowitz has shown over and over, two-parent households (and the focus on raising productive young men and women that is inherent in its existence) must return to the norm. It’s just that it is wrong to just pin alone onto families and misbehavior in civic society the critical mismanagement of public education that has led to low academic achievement.

Let’s be clear: High quality education will not make men or women morally upstanding members of society. It can help them stay out of poverty and prison; and high-quality schools can prove to be safe havens for kids in terrible neighborhoods and even absentee landlord families. Through high expectations and cultures of genius, schools can even teach them such values as delayed gratification and the Golden Rule. But it won’t stop young women from bearing children out of wedlock (either during their teen years or as young adults); if anything, there are plenty of college-educated members of the middle class who behave no better than Paris Hilton (and sometimes, even worse). And we should think carefully before asking schools to take on matters that truly should be the responsibility of parents, including providing their kids healthy meals and sending them out for exercise.

At the same time, two-family households cannot help improve educational outcomes for young men and women on their own; neither can just embracing personal responsibility. Given that 40 percent of all students entering the early grades will need some form of specialized reading remediation, personal responsibility will not help them read; their parents won’t have the specialized training needed to do so. Personal responsibility will not fully overcome poor educational backgrounds; a two-parent household of illiterate parents will do no better at helping their kids learn the basics than a single mother with equally low levels of education.

This doesn’t mean that there isn’t a need to deal with the ills that plague American society. We clearly need a stronger civic society in which single motherhood isn’t widely embraced as a norm to which young girls should aspire. We need all men, especially fathers, to be fully engaged in the lives and education of their children. But two decades of data has shown that the underlying causes of this nation’s educational crisis has plenty to do with a system that likely wasn’t up to the task even in a more industrial-driven time — and has become obsolete and abysmal now. American public education and those who work within it need to take their own medicine: Be responsible for what is wrought at the expense of children who deserve better.