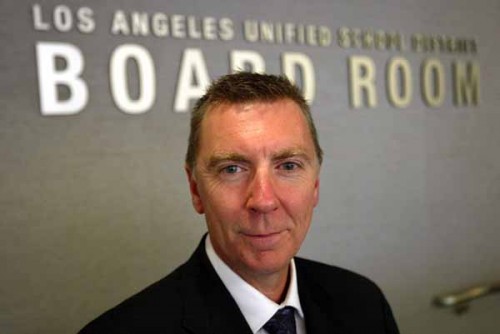 Earlier this year, Dropout Nation argued that one way that school reformers — including school choice activists and Parent Power groups — could advance reform and expand school choice was to file lawsuits similar to school funding torts used for the past four decades by school funding advocates. But now, it looks like Parent Power activists may be filing a lawsuit in Los Angeles on a different front: Overhauling teacher evaluations. And the Los Angeles Unified School District may be the place where the first suit is filed.

In a letter sent on behalf of some families Wednesday to L.A. Unified Superintendent John Deasy and the school board — and just before the district begins negotiations with the American Federation of Teachers’ City of Angels unit over a new contract — Barnes & Thornburg’s Kyle Kirwan demanded that the district “implement a comprehensive system” of evaluating teachers that ties “pupil progress” data to teacher evaluations. Kirwan and the group he represents are also asking for the district to begin evaluating all teachers “regardless of tenure status” and to reject any contract with the American Federation of Teachers local that allows for any veteran teacher with more than a decade on the job to go longer than two years without an evaluation if they haven’t had one in the first place.

The demands Kirwan is making are based on California’s Stull Act, which governs how L.A. Unified and other districts are supposed to handle teacher evaluations and performance management. Under the law, newly-hired teachers are supposed to be evaluated every year until they earn tenure, while tenured veterans are evaluated every two years until they reach their 10th year on the job. Once a teacher reaches a decade in the classroom, they can go without evaluations for at least five years unless their performance falls below expectations during the last evaluation and the district doesn’t agree to skip evaluations for that length of time. Teachers have to be evaluated based on the Golden State’s curriculum standards, and those evaluations must be put in writing in order to be valid.

The problem, according to Kirwan’s letter is that L.A. Unified has never met those rules since the Stull Act’s passage five decades ago. Barnes & Thornburg partner Scott J. Witlin, who is working with Kirwan on the suit, argues that Stull Act required the district to use data from the state’s “criterion reference test” in evaluating teachers, yet it hasn’t done so. Witlin also argues that L.A. Unified has also failed to provide its teachers provide meaningful and specific feedback on performance, and help laggard teachers improve their instruction. In essence, the district hasn’t followed the law for the last 40 years. “The school district is supposed to exist for the benefit of the children and not for the adults,” says Witlin in an interview with Dropout Nation just a few minutes ago. “We have to get it back to that focus.”

The assertions follow along the lines of a report released earlier this year by the National Council on Teacher Quality based on a study it conducted for the United Way’s City of Angels operation and a group of civil rights groups earlier this year. According to the study, just 40 percent of veteran teachers and 70 percent of new hires were evaluated by the district during the 2009-2010 school year. NCTQ does note that L.A. Unified’s evaluation procedures do follow the letter of state law, but argues that the district hasn’t made the evaluations more-thorough and of better use for teachers and principals alike, even though state law does allow the district to do so. For example, California moved two years ago to allow student test data to be tied into teacher performance as part of the development of the now-kiboshed CALTIDES data systems. (As noted by California Department of Education honcho Keric Ashley, CALPADS remains in operation.)

At this moment, Barnes & Thornburg is representing some families and their kids at this moment. How many will ultimately be part of any named suit? Says Witlin: “Stay tuned.” Credit for initial news about the letter goes to Andy Rotherham’s Eduwonk, which revealed the letter earlier today.

Kirwan’s lawsuit is part of a much-larger debate going on about school reform in the City of Angels. Over the past three decades, mayors such as Richard Riordan and Antonio Villaraigosa have fought to place reform-minded players on the district’s school board, while grassroots reformers such as Green Dot Public Schools founder Steve Barr and the group that is now known as Parent Revolution have successfully forced L.A. Unified to start an effort to spin off over 200 of its traditional public schools into charter school operators and grassroots groups. But those efforts have stalled, especially as all but 51 of the schools handed off so far have been taken over by United Teachers Los Angeles, the AFT affiliate that has long kept the district under its thumb. In August, the district’s board (now back under AFT control), voted to put the kibosh on the spin-offs.

L.A. Unified is looking to pilot a teacher evaluation program that will use student test data in measuring performance; Deasy made clear that this will come up during the district’s contract negotiations with the AFT. Some groups within the AFT itself are demanding the union to accede to allowing student test data to at least be a component of those exams. But given the stalling on other reform efforts, families can’t count on L.A. Unified to do right by their children.

So it will take Parent Power groups and civil rights activists to apply the pressure needed to force reform. Two years ago, the American Civil Liberties Union’s SoCal branch successfully sued the Los Angeles Unified School District over the effects of reverse-seniority layoffs on three of the district’s middle school failure factories. The suit led to a settlement that abolishes the use of seniority in determining teacher layoffs at L.A. Unified’s worst failure mills. Efforts to force teacher quality reform got a boost last year when the Los Angeles Times revealed the performance of the district’s 11,500 elementary school teachers — by name — during its powerful, controversial and much-needed series on the low quality of the district’s instruction. The move led Deasy to make additional moves, including unveiling a rating of schools based on Value-Added analysis of student (and ultimately, teacher) progress.

This time around, a suit could essentially snarl negotiations between L.A. Unified and the AFT, forcing families to the table of education decision-making. Of course, whether it happens is one of those big “ifs”. But if it happens, that’s a good thing. Reformers should watch what happens in L.A. and consider how they will make such demands for reform both in the Beltway and in school board meeting rooms around the country.

The Dropout Nation Podcast: End the Failure of School Leadership

Voices of the Dropout Nation: Laura Suarez on the Overuse of Suspensions