AFT Versus Parent Power At the State Level 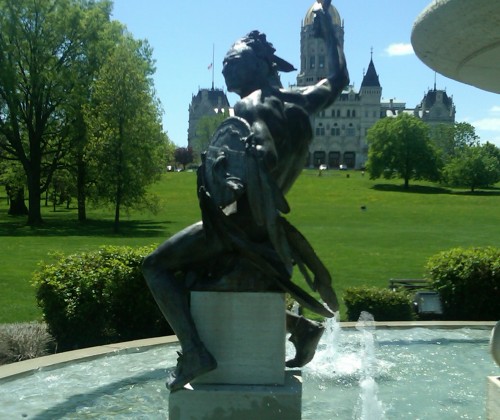 Last week, Dropout Nation revealed the American Federation of Teachers’ true feelings about Parent Trigger laws and Parent Power efforts. Since then, media out such as the Wall Street Journal and the Daily News have editorialized on the cynical efforts while Parent Power activists such as former California State Sen. Gloria Romero — who authored the nation’s first Parent Trigger law and was mentioned in the presentation — demanding that AFT President Randi Weingarten “offer an immediate apology and a commitment to never let something like this happen again.”

But there are other ways education traditionalists can weaken Parent Power — and this is true in Connecticut (the subject of, and test case for, the AFT’s presentation) and in the rest of the country. See, last month, the state legislature passed something called Public Act 11-135, which took the terrible step of delaying the move to improve the state’s mediocre high school graduation standards. As part of the law, state legislators wrote in language that exempts seven schools, called CommPACT schools, from the state’s Parent Trigger law. Essentially, those schools aren’t required to assemble school governance councils, the vehicles by which parents can exercise the Parent Trigger and push for the overhaul of failing schools.

By the way: Six of the seven CommPACT schools — M.D. Fox in Hartford, Barnum School and Bassick High School in Bridgeport, Hill Central Music Academy in New Haven, and Washington Elementary and West Side Middle School in Waterbury — were among the first schools that had to put school governance councils in place by November of this year; Barnum, Bassick and Hill Central should have had them in place already.

Members on the state committee charged with overseeing the implementation of the state’s Parent Trigger law were kindly informed about this after the law was passed.

Now, why would the CommPACT schools be exempted from the state’s Parent Trigger law? In theory, the schools are run by parents, teachers and other community members. But given that the Nutmeg State’s AFT and NEA affiliates are intensely involved in the management of the CommPACT schools — with the executive director of the NEA affiliate and four other union leaders holding seats on the 13-member advisory board — the exemption isn’t surprising. While each of the CommPACT schools has a board that consists of principals, teachers union officials, community members and parents, there is no capacity for families to push through an overhaul if they think any of the schools need a fix.

By exempting the CommPACT schools from the state’s Parent Trigger law, the state has essentially taken power away from parents that they deserve. Once again, poor and minority families get less than their due. But let’s be clear: This wasn’t the only failure with this bill. State legislators voted for Public Law 11-135 even though organizations such as ConnCAN  had steadfastly opposed its other provisions, which included delaying the implementation of the new high school graduation standards approved last year. That the state legislature passed everything contained in the legislation — including the weakening of Parent Power — and that Gov. Dan Malloy signed it speaks plenty about the Nutmeg State’s seriousness about reforming education so that all kids, including those from poor and minority households — can succeed in school and life.

Of course, Connecticut Parents Union President Gwen Samuel (who kindly provided the information to Dropout Nation) isn’t exactly pleased with this legislation; expect it to be challenged next year during the state’s special legislative session on education. Once again, as I note in this week’s Dropout Nation Podcast, the lessons for Parent Power activists and school reformers everywhere are simple: Play the political game smartly; rally the grassroots; ask smart questions; and hold politicians accountable.

The Conversation at Dropout Nation: Bruno Behrend on Parent Trigger and School Choice