The Myth of Differences Between Urban and Rural Schools 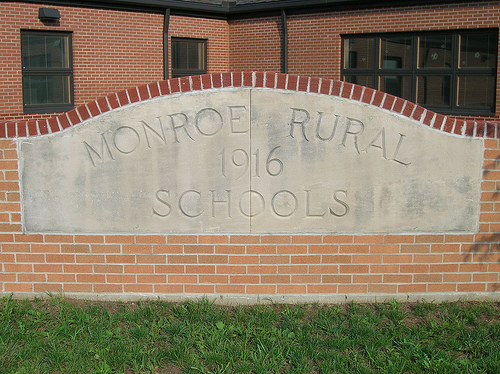 One of the most-enduring myths in the debate over the reform of American public education is the idea that urban school districts and the kids who attend them are somehow different than those in suburban and rural communities. Because of these mythical differences, either in the number of poor kids who attend those schools or their locales, the systemic reforms needed for one aren’t required for the other. This explains the opposition to the accountability measures within the No Child Left Behind Act and other school reform efforts.

But, as Dropout Nation made clear last year in its podcast on the dropout crisis beyond city limits, the idea that the nation’s education crisis is only limited to the nation’s big cities is false, as are arguments that schools serving suburban students are somehow immune from the same problems of abysmal curricula, laggard instruction and cultures of mediocrity in which only some kids are considered capable of learning. The fact that one out of every four fourth-graders in a suburban school — and that young male fourth-graders (including half of all those on free- or-reduced lunch plans and one-fifth of those who are not) — are performing at levels of functional illiteracy all but proves lie to that assumption. So is the fact that a fifth of all persistently failing high schools are located in suburbia.

This reality is also true for rural school districts, especially in discussions about accountability and improving teacher quality. From where superintendents, principals and teachers in those areas sit, No Child’s emphasis on subgroup accountability can be consequential because many rural schools have small enrollments and, in theory, don’t serve enough of the minority students the law’s Adequate Yearly Progress measurement; one Latino student performing poorly, in theory, can make the difference between a school passing the bar and ending up on the academic watch list. The fact that many rural districts are located far from urban locales — and can pay lower starting wages for teachers — also makes it difficult for those districts to meet the law’s Highly Qualified Teacher requirements.

But such arguments fall once you look deeper into these challenges. For one, while some rural districts are experiencing declining enrollment, many more are growing rapidly thanks to the increasing urbanization of their communities. As the Alliance for Excellent Education pointed out in report released last year, enrollment in rural schools have increased by 15 percent between 2002-2003 and 2005-2005, the most-recent data available. Thanks to immigration, the concentration of minorities in these rural districts has also increased significantly. In four states alone, New Mexico, Alaska, Arizona, and California, minorities make up the majority of students. And, there isn’t a state that doesn’t have a high concentration of rural schools or students. Seven states — California, Texas, Indiana, Michigan, New York, Ohio, and Pennsylvania — serve 30 percent of all the nation’s rural students even though all but Indiana would be considered the most-urbanized states in the union.

Rural districts certainly face different challenges than urban districts; they receive lower levels of Title 1 funding and must often deal with the high costs of transporting small numbers of students across longer distances to smaller schools. But the ultimate issues — including providing children, especially those from poor and minority households, with high-quality teachers and rigorous, college-preparatory curricula — are the same as those faced by big-city districts. And the results end up being quite the same.

While big-city districts are home to half of the nation’s dropout factories — high schools with graduation rates of 60 percent or lower as defined by Johns Hopkins researcher Robert Balfanz —  one out of every five persistently failing high schools are located in the nation’s rural communities. The graduation rates for poor and minority students are also the same: Just 54 percent of black ninth-graders attending rural high schools graduated during the 2005-2006 school year, according to the Alliance for Excellent Education, just 8 points higher than the graduation rates for their counterparts in big-city schools.

Meanwhile the laggard reading instruction in urban and suburban districts are also found in rural schools. Twenty-four percent of rural fourth-grade boys not eligible for free- or reduced-lunch read Below Basic on the 2009 National Assessment of Educational Progress, just a percentage point below the rate of functional illiteracy for their big-city counterparts; the levels of functional illiteracy for poor rural fourth-grade boys on free- and reduced-lunch plans are just nine points lower than for their big-city peers. The low quality of math instruction endemic in many urban districts are also problematic in rural schools: Twenty-six percent of rural fourth-grade girls performing Below Basic proficiency in math on the 2009 NAEP, just seven points below the percentage of urban fourth-grade peers struggling with low math literacy.

What is essentially clear is this: The systemic reforms needed to improve education for children attending big-city schools — including the consequential accountability efforts contained in No Child, are also needed and can benefit rural schools. Same with the other systemic reforms, including using online technology and DIY education tools to provide high-quality math and science teachers that are in short supply throughout American public education.

If anything, given that rural districts have even higher concentrations of economic poverty than urban communities, the very solutions that have been pioneered for big city issues, including the expansion of public charter schools, would also fit well in the rural context. As seen in Elkton, Oregon, where the rural district converted itself into a charter school and began offering new forms of instruction, adopting those innovations may even be able to help those districts manage their costs and overhaul the quality of their instruction and curricula.

Meanwhile there are other issues that affect rural and urban districts, including school funding, that should also be addressed. Ending the use of local property taxes for school funding (which often puts rural districts in a disadvantage) and making education finance a state priority would actually help expand school choice; this could lead to transforming state funding into voucher-like formulas that would allow for the expansion of choice in both urban and rural areas, and even give those districts reforming their offerings opportunities to cater to suburban and urban families seeking quality.

Voices of the Dropout Nation in Quotes: It's About Families