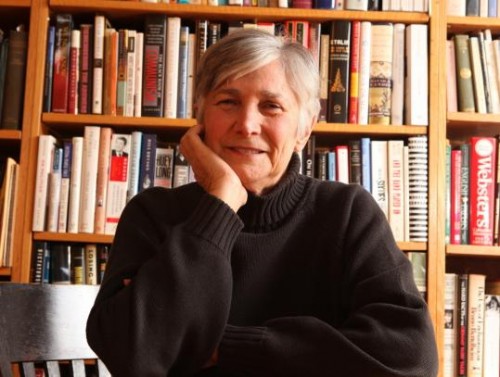 One of the sad consequences of Diane Ravitch’s laughable attempt to become the Camille Paglia of education is that other university-based education researchers of the traditionalist mode want to do the same. After all, why toil anonymously writing tomes that will never be read — or trying to make the education research field less-incestuous and more-rigorous in methodology — when you can make a small name for yourself supposedly debunking the school reform movement? The latter is probably a lot more fun.

One such person is Bruce Baker of Rutgers University, who has devoted so much of his career attempting to prove that spending more money on education  leads to better results — including serving as an occasional witness for the equity and adequacy lawsuit crowd who have long sustained this theory. But in the past couple of years, Baker has managed to become one of those poor man’s Diane Ravitches, offering comfort to a legion of education traditionalists desperately looking for anyone to buttress their failed vision of American public education. And he’s gotten real good at engaging in name-calling when it comes to Bryan Hassel, Marguerite Roza, Eric Hanushek and other leading research lights in the school reform movement. (He also called your editor, with whom he has tangled on occasion, a hack, failing to realize that among reporters and editorialists, that term is more-often a badge of pride than insult.) To Baker’s lament, save for the occasional Education Next column, his targets generally ignore him. This should be no surprise. Ravitch is occasionally capable of coming up with something interesting (if not necessarily empirically-driven); Baker, on the other hand, couldn’t muster up provocative if it jumped on his desk, danced a jig, and kissed him on the nose.

So your editor wasn’t entirely shocked when Baker decided last week to ignore the entire substance of Dropout Nation‘s piece on the possibility of school reformers and Parent Power activists using the same legal tactics employed by the school funding crowd to advance school choice. Instead, he focused on the opening statement that there was no evidence that increased spending led to better student achievement.

Since I had more-important matters to which I must attend, didn’t notice the piece until it showed up on my incoming links log, and figured that Baker’s screed would be no more scintillating than his last attempt, I didn’t bother to immediately respond till now. Let’s say this: He disappoints on the name-calling (it was nothing new), and once again proved that he didn’t understand the difference between a media outlet (which Dropout Nation is) and a research publication. But then Baker attempted to cite research defending his ultimate point: That more money spent on education leads to higher levels of student achievement. And what he offers is, well, not all that compelling.

The first example he cites is a report written by Joydeep Roy, formerly of the Economic Policy Institute. Those of us who have covered the debate over graduation rates are quite familiar with Roy’s work, or lack thereof, on the subject and simply laugh when hearing it. His 2006 report, cowritten with EPI’s boss Larry Mishel, attempted to use federal education sampling data to weakly prove that graduation rates had not only not been in decline, but were actually been increasing, and that school reformers were wrong in their assertions.  Not only was Roy’s argument disproved by Nobel Laureate James Heckman in his own research on the issue, but it had long ago been demolished by the work of then-Urban Institute scholar Christopher Swanson (now with the research division of the firm that publishes Education Week), former Manhattan Institute scribe Jay P. Greene (now at the George W. Bush Center) and his protege, Marcus Winters, Schott Foundation’s Michael Holzman and Johns Hopkins’ Robert Balfanz, who used actual enrollment data to prove the point. Since then, neither EPI nor its most-prominent sponsor, the National Education Association, have made much hay about it.

As for Roy’s school finance study? If one doesn’t consider the political effects of other school reforms — most-notably, the moves Michigan made towards holding schools accountable for performance beginning with the passage of Public Act 25 in 1990, which brought accountability to the state’s traditional public school systems for the first time — then Roy’s hypothesis and evidence that Michigan’s overhaul of school funding and increased subsidies for districts serving mostly-poor students could be convincing. But Roy fails to measure the possible impacts of accountability on student achievement,something that he is capable of doing even within the time-period limitations of the study. As a result, the report is a very nice white paper that makes a  case for forcing states to finally behave responsibly and bear the full burden of funding schools, something for which Dropout Nation advocates. But it is not convincing evidence that increasing school funding leads to higher levels of student achievement.

One would think Baker could have found a better stalking horse for his debunking. In fact, the other studies he cites could have, in theory, been better for this purpose (although, one study, from MassINC, hardly offers the substantial evidence Baker claims, largely because it doesn’t account for efforts in bolstering accountability). Even his own handiwork would have probably sufficed. But the fact that he didn’t isn’t exactly shocking.

For one, Baker, like Ravitch, tends to engage in cherry-picking, citing the studies that best-favor his position and give no credence to those studies which offer a different narrative. Nothing wrong with that, to a certain extent, if you are a think tanker, a policy or grassroots advocate, or even an editorialist; after all, all three are primarily engaged in articulating solutions for issues and offering a worldview through which to frame them. But even then, they will admit there is another side to an argument and offer some level of nuance. But in the case of Baker, who is supposed to be engaged in university-based education research — an area in which solutions and opinion are supposed to be secondary to the goal of shining light on topics within education, and thus, supposed to be purer than thou — it means that he has moved away from being a researcher to being an advocate and pundit. Baker has essentially given up the role of being a pure researcher to being the very think tanker and advocate he generally despises. While Ravitch can pull such a trick off with ease largely because no one has ever considered her an empirical researcher in the first place, Baker is trying to play on both sides of the proverbial street and failing miserably.

Second, the reality is that research on school funding offers a far mixed view on the efficacy of spending more money than Baker is willing to admit. Even if one goes along with Baker and dismisses the legendary Hanushek’s famed meta-analysis of the issue, the research — including Harold Wenglinsky’s 1997 study on the use of school funding — articulates a different position: That isn’t so much the level of funding that matters. It is how the money is spent. And as Charlene Tow notes in her 2006 study of California’s school funding system, it can also depend on the source of the funding itself. This isn’t to say that higher spending in efforts that are focused on student achievement won’t yield positive effects, but that just increasing spending  in and of itself won’t work, especially if the districts receiving the funds are fiscally profligate.

All are points school reformers have been articulating in a convincing manner for the past three decades, whether Baker likes it or not. And in a time in which cash-strapped states are dealing with $137 billion in budget deficits for the next two fiscal years and must address $1.4 trillion in pension deficits and unfunded retired teacher healthcare costs, simply focusing on increasing funding won’t work. And with so much money tied up by ineffective practices such as degree- and seniority-based compensation (including $8 billion a year dedicated to additional pay for teachers earning master’s degrees), it will take the systemic reform of K-12 in order to make school spending more effective in improving student achievement.

But Baker’s piece does hit on one of the biggest problems in education — and one of the reasons why debates over school reform can end up being so circular: Education research, including from those working in universities, is hardly an exemplar of any form of quality.

Let’s be clear: Education research at all levels is getting better and more-rigorous — and this is thanks to the data-driven efforts pioneered by Hanushek and William Sanders and advanced with the help of think tanks (to the annoyance of university researchers). But, as Forbes noted a decade in its report on the controversy surrounding the Success for All reading program, the education research field is often so incestuous that a supposed peer reviewer can also have a business relationship with the researcher presenting the data (and not recuse themselves in light of the conflict).  The interpretations by researchers can also be so agenda-driven that even if underlying data is solid, it becomes sullied by association. So peer review in education research is not as exacting as it is in more-rigorous social- and hard science fields. And as a result, criticisms of think tank research by university-based counterparts, especially from wanna-be Ravitches, end up seeming rather specious.

Voices of the Dropout Nation in Quotes: The High Cost of Bad Teachers

More Thoughts on Education This Week: On Performance Pay