Voices of the Dropout Nation in Quotes: School Reform and Job Creation

RiShawn Biddle
Comments Off on Voices of the Dropout Nation in Quotes: School Reform and Job Creation 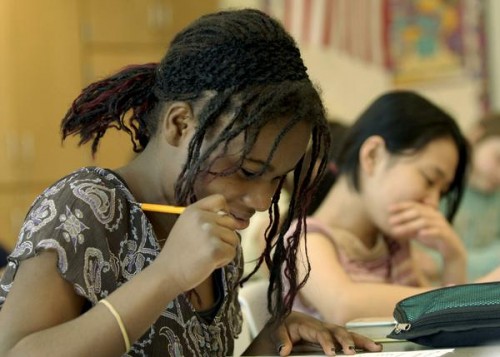 We got to find our jobs when we got out of college. Our kids will have to increasingly create their jobs. The sooner and faster and more effectively we train them to do that, the better.

Finally, we should never forget that cheating in public education long predates the advent of standardized testing and accountability. Back then, it happened in the form of students who were ill-taught and passed along through grades until they were handed a diploma despite their inability to read, write, work with numbers, or otherwise perform any of the skills and tasks necessary to make a decent life in the modern world. Often, their children were sent back into the very same dysfunctional systems to begin the cycle anew.

— Education Sector’s Kevin Carey, hitting on the same points Dropout Nation made last week in its analysis of the Atlanta cheating scandal.

As the cyber revolution comes to American education, it will bring about a massive and cost-saving substitution of technology for labor. That means far fewer teachers (and union members) per student. It also means teachers will be far less concentrated in geographic districts, as those who work online can be anywhere. It’ll thus be far more difficult for unions to organize.

Terry Moe, explaining why advances in education technology will lead to the decline of influence for the National Education Association and the American Federation of Teachers.

“Isaac Newton would not have invented calculus had he not had textbooks on algebra.”

— Tutoring guru Salman Khan, explaining why his approach to teaching kids math (the subject of this week’s Dropout Nation Podcast) works better than those advocated by education traditionalists who generally disdain his Khan Academy efforts.

At the State LevelGiving Parents Power

The Dropout Nation Podcast: The Importance of Math