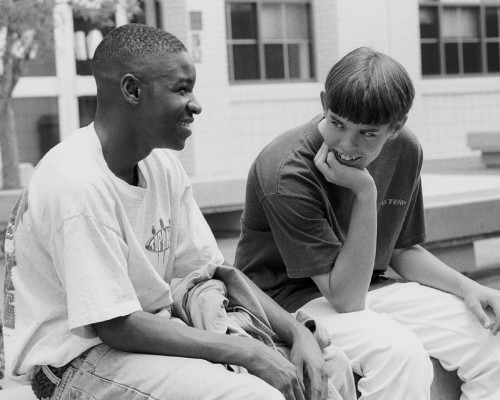 The percentage of the nation’s special education population ages 6-to-21 who are young men.

Percentage of young men in 9th grade who graduate four years later. Seventy-three percent of their female peers graduate Just one out of every two black and Latino males graduate on time, the lowest graduation rates for all male and female high school students.

Young men as a percentage of all dropouts, according to the U.S. Department of Education in its official dropout numbers. Three out of every five dropouts are young men.

Percentage of male high school dropouts age 35-to-54 who have never married.

Unemployment rate for male high school dropouts in 2010. The unemployment rate of college-educated men was just 10 percent and 5 percent of men with baccalaureate and advanced degrees.

When men don’t graduate from high school and move on to college, they will fall into poverty and unemployment. And young men without jobs equals greater levels of incarceration, fewer marriageable mates for well-educated women, a lack of strong participation in civic society and the kind of social ills that destroy communities, families and nations. Especially in the age of the knowledge-based economy and the decline of traditional manual labor.

In short, young men need high-quality education to succeed in life. Yet, as Tom Mortenson of Postsecondary Education Opportunity pointed out yesterday at the Boys Initiative conference on school reform for young men: “School is not a happy experience for boys.” From the overdiagnosis of learning disabilities (especially when the real problem lies with low reading proficiency and the fact that young men developed their cognitive abilities for reading more slowly than young women) to the low quality of teacher training, young men — especially those from poor and minority communities — suffer the consequences.

It’s high time to stop ignoring the boys crisis — and the rest of the nation’s educational crisis. Reform is needed now more than ever.

Voices of the Dropout Nation: Gwen Samuel on the Need for Caring School Cultures