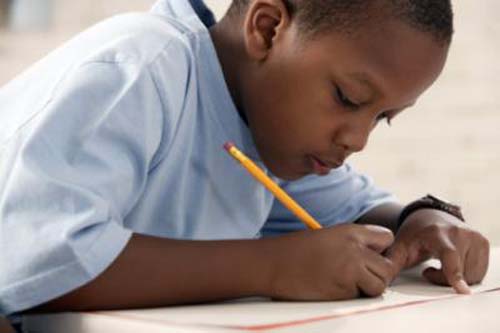 Earlier this year, Dropout Nation took a look at the case of Kelley Williams-Bolar, a Ohio woman convicted of violating the law by placing her two daughters in the relatively high-performing Copley-Fairlawn school district (where few of the black students drop out) instead of keeping them in the woeful Akron district (whose five year Promoting Power, or Balfanz rate, for young black men and women, respectively, is 62 percent and 76 percent) in which her family resided. Besides noting how laughable this case of so-called tuition fraud is, we made plain that it was high time for states such as Ohio to take over full funding of schools and voucherize those dollars so that every child can attend any high-quality school — traditional public, charter, private or otherwise — that serves their needs.

Now there is the case of Tanya McDowell, a 33-year-old homeless woman in Bridgeport, Conn. (five-year Balfanz rate of 59 percent), who has been charged with larceny after sending her child to school in nearby Norwalk (where the five-year Balfanz rate is 86 percent). Unlike Williams-Bolar, McDowell’s case was spurred not by the Norwalk district (which hardly knew what was happening), but by the city’s housing agency (which subsidized the housing of McDowell’s baby sitter, who then provided the woman with an address from which to register her child). But the result is the same: A mother is facing a conviction for doing the very best she could for her child (especially in light of her circumstances) and the youngster will likely be removed from school just before he completes the school year.

The Connecticut Parents Union is rallying support from people to convince the district to keep the kid in school at least until the end of the year; you can — and I say, you should — sign the petition. The Parents Union is also looking to help McDowell repay the $16,000 tuition (which, given the state subsidy, should actually be $13,500). (Full disclosure: I am an advisory board member of the newly-formed organization).

All of this points to one of the biggest reasons why we must overhaul how we fund American public education: It makes no sense to deny children — especially those from the poorest households — the ability to get a high-quality education. Yet this continues so long as school funding in Connecticut and other states remains in a netherworld in which the state funds large portions of the cost, yet the flow of local dollars allows for districts to oppose expansive school choice and shortchange children. In Connecticut, for example, state revenues account for 38 percent of all school spending, well below the 48 percent national average (in Norwalk, the state contributes just 22 percent). If Connecticut took over full funding, it could allow for more-expansive school choice and ultimately, hold failing districts such as Bridgeport accountable for its academic neglect.

Tanya McDowell isn’t Kelley Williams-Bolar. But the underlying issues for both are ultimately the same: Parents deserve the ability to give their children opportunities for success in life. Expanding school choice and ending zip code education is needed as part of school reform.

Building A Culture of GeniusSchool Leadership

Why Bill Gates and the School Reform Movement Are Succeeding