More on Scale and Education

RiShawn Biddle
4 Comments on More on Scale and Education 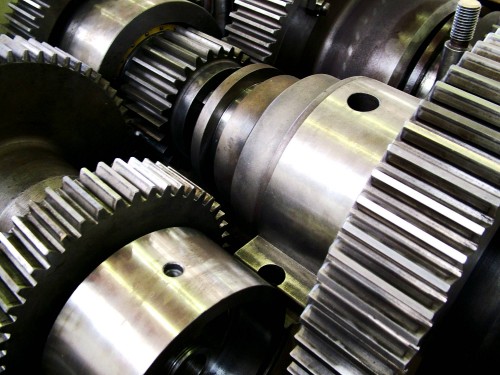 Dropout Nation‘s commentary on abandoning the fetish of scale has gained wide notice. One thoughtful response in particular came from Andy Rotherham of Eduwonk, who rightly points out that traditional education types have often underestimated the capacity for reform efforts such as the Knowledge is Power Program and Teach For America to grow. At the same time, I think he is mistaken in saying that one-off school operations can’t work in American public education.

If anything, when one looks at industries in the private sector, there are many examples of sectors dominated by a group of companies (search engines and advertising, for example) and sectors with wide arrays of competitors (clothing and supermarket retail). Yet both sectors serve their customers with efficiency and high quality. Even in sectors that have only a few dominant players — software, for example — there are a wide array of vibrant small-scale players. In fact, from a traditional economics perspective, diversity in providers is preferable over consolidation, largely because a wide array of service providers can meet the wide and various needs and demands of customers.

As I have mentioned, there are areas in education in which scale can work. Back-office activities such as information technology (including school data systems, for example, are best-handled on a large scale. Same for school transportation; the fact that districts can’t divert school-buses for other activities (such as providing mass transit) is one reason why those operations tend to be run inefficiently. School construction and property management is another ideal area for scale.

Then there are soft areas such as teacher evaluation, which districts currently bungle even within the rather restrictive rules (including prior notification of classroom observations and the inability to use value-added analysis of student performance data). One can see a situation in which school operators (including charter schools and private schools) form a consortium that handles random classroom observations by evaluators not working in a school, conducts the value-added analysis of test data, organizes peer review and manages the rest of the evaluation process.

But the key to that scale is that it cannot be handled by schools or even districts themselves. If anything, there will be a need to outsource those functions. For one thing, the traditional district model may be more effective at managing construction projects and running buses than at educating kids, but not by much. As I have documented in profiling California’s school data problems in A Byte At the Apple — and as Michael Casserly of the Council of the Great City Schools has noted in his study, districts are far behind the times in managing information technology and basic operations.

As the nation abandons the district model of education to more of something resembling what I call the Hollywood Model of Education — with a variety of independent public  schools, public charters, private schools and charter management organization-managed schoolhouses — the need to outsource bus services, data systems management and other needs will only grow. For these things to work efficiently, you will need outsourcing firms that can serve a variety of schools. At the same time, this brings its own problems. Outsourcing is a complex activity; the contracts often involve dealing with such seemingly simple issues as which party will provide software to conduct business (and, if the school operator is providing the software, whether the software can be used by a third party without restriction). As any Pentagon official or executive in Corporate America can attest, a firm can end up paying too much for a service if they don’t structure contracts properly. This means there will also be a need for third contract management firms that can help schools and states keep providers honest.

American public education has fetishized scale for far too long. It is important to relegate scale to its proper place — in infrastructure and back-office operations — while focusing on standards and accountability to improve the quality of education our kids get every day in school.

Philadelphia teacher Mary Beth Hertz also takes a stab at considering the question of scale in education. While she gets part of my argument that scale doesn’t equal quality, she mistakenly argues that “the more control the government wants to have over schools the worse off everyone is” Why is it mistaken? Not because government isn’t a problem in education (ideally, governments shouldn’t be running schools). It’s mistaken because her argument doesn’t square with the complex reality of the education governance landscape.

Although local control is largely non-existent, state control is incomplete. States now provide 48 percent of all school funding, and structure the conditions under which teachers contracts and teacher performance management is conducted. At the same time, thanks to the unwillingness of states to take over all education funding, school districts still have leeway to evade their responsibilities to their students and otherwise behave irresponsibly. As seen in Jersey City, districts can often behave with little accountability, declaring that they shouldn’t be subject to federal or state oversight (and accountability measures such as the No Child Left Behind Act) even as they become more dependent on the funds. Since the districts also still depend on local tax dollars, they can also justify opposition to school choice; after all, choice means loss of tax dollars to their coffers.

Blaming the feds also doesn’t wash. As influential as Race to the Top has been in fostering much-needed steps towards full reform, it has only been around for less than two years. It isn’t responsible for decades of abysmal, antiquated and obsolete education practices. Federal education policy didn’t create near-lifetime employment through tenure or seniority-based privileges; nor did federal law foster the racialist and misguided belief that only some kids can learn that fostered the comprehensive high school model and ability tracking.

And as my colleague, Steve Peha, eloquently pointed out in a back-and-forth with one critic this past week, many school districts failed to take the opportunity provided by the No Child Left Behind Act and its Adequate Yearly Progress provisions to improve instruction, curricula, teacher quality and school leadership. You can’t blame No Child for the fact that many districts — aided and abetted by ed schools — have continued the insanity of poor instructional practices.

At the end of the day, there would be no talk of school reform if American public education did the job right in the first place.