Education As a Civil Right: It Includes School Choice

RiShawn Biddle
4 Comments on Education As a Civil Right: It Includes School Choice 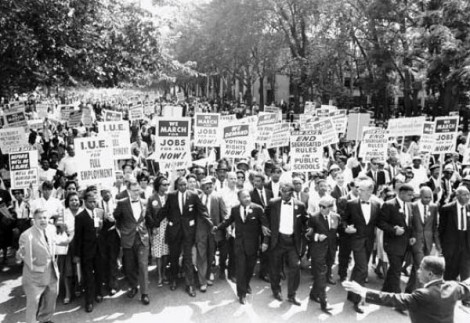 Asking families and children to put up with mediocre schools  is almost criminal. It is just that simple. Keeping the families of our poor and minority kids shackled to dropout factories and failure mills should most certainly be against the law. When defenders of the status quo say that families should not have a wide array of educational options available — be they traditional districts, public charters, private and parochial schools, or even online learning — they are essentially arguing that there should be no civil right to a high quality education. That argument is absolutely wrong on every moral and intellectual level.

Poor and minority families should not have to wait for these dropout factories to either shut down or be overhauled. Neither should middle-class families or anyone else. What these families deserve is the option to escape. They deserve school choice.

At this moment, for many families (and most-certainly for our poorest kids in urban and rural communities) choice doesn’t really exist. Most traditional districts continue to zone kids to particular schools, restricting their ability to escape low-performing schools. Even in cities such as Houston and Indianapolis that are home to numerous school districts, a child must still attend a zoned school even if a better traditional public option is right across the street from their home. When intra-district choice options — notably magnet schools — do exist, they usually end up being used by middle-class households, who use their strong political connections (and exploit ability tracking systems that serve as the gateways into such schools) to assure seats for their own children.

But it isn’t just about escaping the worst American public  education has to offer. Even in relatively better-performing (if often still mediocre) suburban schools, poor and minority kids are often afterthoughts in instruction and curricula. For them and their middle-class schoolmates, the need for options that better-suit their educational needs is one that most traditional districts just cannot meet.

We know that better options are emerging and some of our poor black, white and Latino families can walk with their feet. High-quality charter schools can improve student achievement, especially for poor and minority students. Are all charters high-quality? Certainly not. But most of the problem lies mostly with how schools are authorized and which agencies or groups handle the authorizing; high-quality charter school laws will lead to high-quality authorizers will foster the development of high-quality schools; low-quality charter school laws (such as those in Missouri), will lead to the converse. Solving those issues is a matter of improving regulations (and moving away from allowing traditional districts from serving as authorizers), not by restricting the growth of charters. Charters should be as plentiful in suburban communities as they increasingly are in our big cities.

School vouchers can help poor students attend private and parochial schools that succeed in improving their achievement. The options are already out there. Catholic diocesan schools have been serving as a way out for poor families for the past century; the average nine-year-old Catholic school student scored 8 percent higher on the 2007 National Assessment of Educational Progress than his counterpart in a traditional district (and that gap remained constant among middle-school and high school students tested). Is it a perfect solution? No. The biggest problem of choice is providing poor families with the information they need to make high-quality choices. The other problem is that  there aren’t enough of them. The number of Catholic schools in the United States — 42 percent of which are located in big cities — has declined by 12 percent between the 1998-1999 and 2008-2009 school years, according to the National Catholic Educational Association.

But as seen in Milwaukee and in Florida, vouchers can help stimulate a market for new school options; more importantly, unlike traditional public schools, failing schools can also be shut down — especially when knowledgeable parents walk away from them with their feet. The solution is to the availability of school data, provide parents with resources for making better choices, and stronger oversight of schools, not restricting the options. (This also holds true for online learning options.)

The reality is that the traditional model of public education — school district bureaucracies, zoned schools and local control — is not only antiquated (if it ever worked at all), it also denies our poor and minority kids equal opportunities for high-quality education. If education is truly a civil right, then there should be no political restrictions on school choice. Wider array of school choices are always better than fewer and none. And opponents of full choice — a group that can sometimes include centrist Democrat school reformers opposed to vouchers — can’t offer strong and convincing arguments to the contrary.

The argument that public funding shouldn’t go to private or religious organizations doesn’t hold water: As the Thomas B. Fordham Institute pointed out in a 2008 report on reviving urban Catholic schools, the federal government already pours $3 billion annually into Catholic Charities alone. The U.S. Supreme Court’s Zelman ruling allows for vouchers. Centrist Democrat and progressive school reformers are more than happy to back charters, which are operated by nonprofit and even for-profit organizations. And billions of federal and state funds flow through our nation’s private universities — the choice options for aspiring collegians.

Nor can opponents appeal to history to continue justifying the restriction of choice. From Blaine amendments to the debate in the early 1960s over President John F. Kennedy’s effort to provide funding from the National Defense Education Act to Catholic and Jewish schools through loans, the opposition to the use of public money for parochial schools has had less to do with any honest objections than to religious bigotry. The old-school goal of immersing kids in a civic religion — be it the old Protestant-dominated version of a century ago or the more political ideology-tinged versions of the modern day — should be abandoned for the more-important goal of making sure children have the tools they need to take advantage of all the opportunities life in the global economy offers.

All this said, choice cannot work without the rest of civic society playing its part. African-American churches such as Floyd Flake’s Allen A.M.E., for example, have played strong roles in fostering charter schools. But they must take on the role long-occupied by the Roman Catholic Church and start their own parochial schools serving the very kids in the community whose souls they shepherd on Sundays. Charter school operators must improve the quality of their own offerings, innovate in training teachers and make parents the true kings and lead decision-makers in education they should be. And it may be time for black and Latino families to conduct their own homeschooling on a mass level, starting schools that serve kids in apartment complexes or even on just one block.

If defenders of the status quo truly want every child to receive a high-quality education, they need to abandon their opposition to school choice. Progressive and centrist Democrat school reformers must get over their squeamishness about vouchers. And we must all accept that choice is part of securing the civil right of high-quality education. There is no reform of American public education — and education cannot be a civil right — without school choice.