The Future of Mayor-Led Reform

RiShawn Biddle
3 Comments on The Future of Mayor-Led Reform 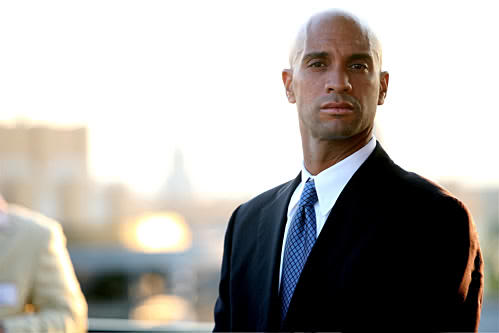 Sometimes, it’s about the man leading the reform, not about reform itself.

Judging by Washington, D.C. Mayor Adrian Fenty’s troubled re-election campaign alone, one would dare say that mayor-led school reform — including mayoral control of traditional school systems and other mayor-led reforms — is just a bad idea. Same would also be true if one looks at the fall of another municipal paragon of school reform, Bart Peterson, whose acclaim as the first mayor to authorize charter schools didn’t insulate him from losing his job as Indianapolis mayor three years ago.

Such thinking would be understandable. After all, mayors face more than enough threats to their long-term futures in politics — reforming city governments alone (much less just running them) leads to gaining entrenched enemies — without wading into the even-more treacherous landscape of public education. Once a mayor attempts to either take over a failing district, he or she is naturally rallying school board members, locals of the National Education Association and American Federation of Teachers, superintendents and others; they may generally loathe one another, but they have greater enmity toward supposed interlopers invading their coteries. If the mayor succeeds in taking control, he now has a powerful rival in the form of NEA and AFT locals, who have the resources and ground games to whip up a frenzy among their supporters. All this before the mayor actually gets to the job of reforming schools.

Meanwhile, the average citizen — often still stuck in the old paradigm that education isn’t a city government concern — is still unsure of whether mayors should be in the education business. Even of the mayor does a great job on reforming schools, he must also get the other aspects of city government right: For many, keeping streets clean, cutting down crime, cutting taxes and improving quality of life are far greater concerns than education.

But one really judge the worthiness of mayoral control just on Fenty’s problems or Peterson’s fate. The former is in trouble because of his lack of appealing demeanor, stumbles in managing other aspects of city government, and missteps in handling Chocolate City’s race-based politics. Fenty is paying more for blunders such as canceling a meeting with the late Dorothy Height (a paragon of the civil rights movement) over one of his controversial moves as he is for challenging D.C.’S educational Ancien Regime.

Peterson’s strong efforts on school reform were not matched with equal effort on tackling the Circle City’s rising crime, improving quality of life in less-tony areas, and, as seen with his support of the now-completed Lucas Oil Stadium for the Indianapolis Colts, being fiscally prudent with taxpayer money. Citizens saw him as a complacent failure and showed him the door.

Mayors must still be as successful in improving the rest of city government as they are in school reform. That’s just the way it is. Residents aren’t just going to praise the mayor for fixing schools — especially if they are failing in other areas. This means mayors must be at skilled at managing goverment and keeping their supporters behind them; whether or not they launch school reforms, their jobs would still be the most-complicated in American politics.

The successes of New York City’s Michael Bloomberg, Richard Daley’s tenure in Chicago and John Norquist’s school voucher efforts in Milwaukee are better examples of how mayors can lead school reforms; their remaining challenges are also better examples of why the reform of American public education can’t just start or end at the central offices of school districts or one-off programs — and why the traditional school district model is no longer worth sustaining.

More importantly, as seen in efforts by the mayors of Rochester and Milwaukee to take control of the local district, the continuing saga in L.A. over Antonio Villaraigosa’s effort to nudge L.A. Unified toward reform (an effort first undertaken by predecssor Richard Riordan), and the problems of low educational achievement in  Hammond, Ind., Alexandria, Va., and elsewhere, mayors can no longer ignore the critical links between the long-term efforts of keeping middle-class residents and commercial activity in their cities and improving education. They must embrace school reform because so many of the issues with which they must wrangle are connected to it. Mayor-led reform is critical, not only in sustaining school reform, but in keeping cities thriving. No mayor wants to preside over Detroit-like despair.

Posted with WordPress for BlackBerry.