Inside the Beltway school data The Read This is Dropout Nation

What Education Reporters and School Reformers Should Do: The Los Angeles Times Paves the Way

RiShawn Biddle
3 Comments on What Education Reporters and School Reformers Should Do: The Los Angeles Times Paves the Way 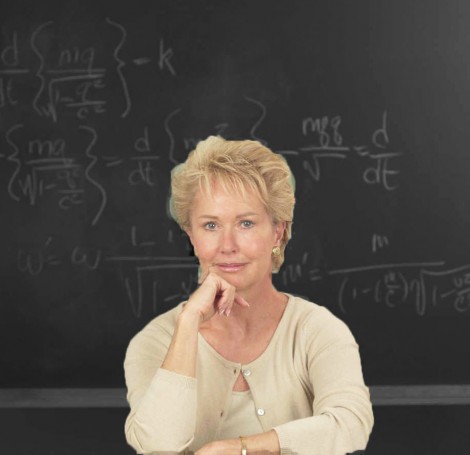 The Los Angeles Times isn’t exactly one of my favorite newspapers. Although the editorial page is much-improved, its news coverage of California and L.A. issues often pales in comparison to that of the rival Daily News and the Orange County Register. Occasionally (and especially on coverage of the hometown industry, entertainment), it even gets outclassed by the other Times and by the local business news weekly.

But this week, the Times managed to put together a report on teacher quality — and the lack of it — in L.A. Unified schools that deserves both a Pulitzer and an award for great advocacy. While teachers union bosses, defenders of the status quo and others debate the piece and its analysis of student test score data, here are two reasons why education reporters and school reform advocates should look to the Times report as their guide for their future work:

Data Shows the Reality: As Dropout Nation readers know so well, a major point of this site is to use data in order to fully dissect the problems within American public education. This is for good reason: Information reveals what the eyes often cannot see.

All high schools seem alike until one looks at such numbers as test score growth data and Promoting Power rates; that’s when you can tell the difference between a great school and a dropout factory. And as much as one may think you can tell a high-quality teacher just by watching them in a classroom, the reality is that you can’t. Not even the otherwise esteemable Jay Mathews is that perceptive.

Yet education reporters such as Mathews seem stuck in the belief that the best way to report on education and its impacts on society is in the classrooms. This isn’t so. The real causes and consequences of academic failure — and reasons behind the fruits of academic success — are seen not in schools, but in teacher education sessions at ed schools, during state legislative sessions, on unemployment lines and in prisons. It is also seen in data — from graduation rates to employment statistics. Without the data being the guide, reporting will often be a shallow collection of talking heads shooting off their mouths.

The Denver Post offered a fantastic example of using data in education coverage some years ago when it analyzed Denver’s graduation and promoting power rates. The Indianapolis Star has done the same — including my own string of series late in the decade and the work of Andy Gammill and Mark Nichols on suspension and expulsion. Although there have been some wonderful reporting done by education reporters in the past couple of years, few of them have risen to the level of those reports. Until the L.A. Times took it up a notch.

The Times did a great job in using data. Not only were Jason Felch, Jason Song and Doug Smith unafraid to approach the student test score data, they sought out expertise (in the form of Rand Corp. economist Richard Buddin) to help them make sense of it. They let the data serve as the guide to finding their subjects instead of just approaching teachers, smiling faces and classrooms of chaos. As someone who has done his share of data-driven reporting and opinion, I say they deserve two rounds of beers (and a few awards) for their great work. And I am more than happy to buy them the brew.

Education reporting has to get away from observing classrooms. Its reporters must no longer be afraid of wading into data analysis. The Times report is a sterling example of what should be done. We need more of this. Pronto.

Afflicting the comfortable: Folks such as Rick Hess and Alexander Russo take issue with the Times piece because it dares to actually name those teachers who are performing poorly and doing great work. At first, one can certainly understand the discomfort; after all, the teachers being shamed (including fifth-grade teacher John Smith, who took the brunt of the scrutiny) are folks who have thought they were doing great work and were never told by their district that this wasn’t so.

But let’s face facts: For one, the Times didn’t name every teacher evaluated in its study; just those it interviewed for the piece. The public can’t access the data unless they happen to be the L.A. Unified teachers evaluated for the project (although as commenter Tom Hoffman notes, the Times will make this a reality in its follow-up which will come tomorrow. And it should).

Then we must remember that many of these teachers have likely been backers of the AFT’s longstanding opposition to the use of student test data in evaluating the teachers, the very reason why they never were told in the first place. More importantly, let’s not forget that teaching is a comfortable, well-compensated profession: They gain near-lifetime employment (through tenure) just after three years on the job; in L.A., a 20-year veteran makes more than $70,000 a year (more than the $63,859 earned by the average L.A. county family); their defined-benefit pensions are one of the reasons why California state government is essentially insolvent; their unions are the single most-influential force in education policy.

Journalism and advocacy are both about afflicting the comfortable on behalf of the afflicted. These poor-performing teachers are the comfortable. Worse, they are comfortable at the expense of the futures of young boys and girls, many of whom will never enjoy the kind of middle-class salaries and strong job protections their teachers receive. Meanwhile the high-quality teachers who are actually doing well — who deserve comfort — never get the full recognition (or the wide range of compensation and career opportunities) they so richly deserve.

Those who declare that the Times’ analysis was akin to a job evaluation are full of it. It isn’t. L.A. Unified doesn’t even use the data in its official evaluations (and until recently, couldn’t do so under state law). In any case, it isn’t any different than revealing salary data; as the soon-to-be husband of a former state government worker whose salary was exposed by the paper for which he had worked, I had to balance my own discomfort with the reality that government employees work for taxpayers — and thus, deserve to know what they are being paid.

Given that parents need to know about the quality of the teachers instructing their children (and should be able to choose high-quality teachers or reject those who are of low quality), revealing this information is not dangerous; as U.S. Secretary of Education Arne Duncan would say, it’s the right thing to do. For far too long, poor-performing teachers have lurked in the shadows, aided and abetted by teachers unions, administrators and colleagues who instinctively (if not quantitatively) knew better and did nothing. On the other side, we have good-to-great teachers who are forced by their colleagues to remain quiet about their achievements (or in the case of the John Taylor Gattos and Jaime Escalantes, forced out of the profession because of jealousy within the ranks). The Times did what every news outlet is supposed to do. Hess and others shouldn’t be afraid to do it either.

[By the way: Gven that value-added analysis has stood up to three decades of scrutiny, it is appropriate to use it for analysis of the kind the Times has conducted (and for use in actually evaluating teachers). The arguments made by Hess and opponents of teacher quality reform against such uses are mere hogwash; for the latter, it’s the pursuit of perfection at the expense of the good of improving education for children, largely because that goal is of secondary importance to them.]

The Times report isn’t exactly advocacy in either the inside-the-Beltway or grassroots sense. The best of journalism — including editorials and opinions — never does that anyway because reporters (and to a lesser extent, editorialists) must steer an objective, even-handed course. What the Times does do through its reporting is advocate strongly for an open, honest discussion about how we evaluate teachers, why we must move toward a system that uses value-added assessment and student test data (the best, most-objective data available), and what we must do to achieve an important component of the overall goal of improving education for all children. Only those who oppose any reform of American public education — or lack the stomach for such honest conversations — disagree with this.

School reformers, unlike reporters, don’t have any obligations to be even-handed. Judicious and thoughtful? Definitely. Sticking to the debate instead of name-calling? Definitely. But far too often, especially among Beltway reformers, the tendency is to couch conclusions and defenses of their views in starchy, academic, far-too-careful language; it is an important reason why the Beltway types struggle to converse with the very parents and community members who they need to help sustain their reforms (grassroots activists lack such timidity).  Those who proclaim they want to overhaul American public education should be as bold in their work — even embracing the steps the Times took — instead of shying timidly into the night.