Why Desegregation Must Be Secondary to Systemic Reform 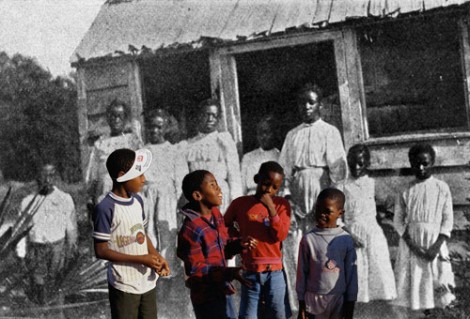 The battle to improve education for blacks, minorities and the poor remains the same. But we can’t fight it with the same approaches. (Photo courtesy of Salon)

Among the dominant themes in education this year is the debate over the importance of integration and desegregation in school reform. From the Gary Orfield-Richard Kahlenberg crowd launching rhetorical volleys against charter schools, to the battle between old-school civil rights groups and President Barack Obama, the question of whether education has swung too far from a goal of assuring that blacks, whites and Latinos sit together in classrooms and lunchrooms has become as much a discussion as Race to the Top and the reauthorization of the No Child Left Behind Act.

Certainly the question mostly arises from the battles over who will shape the reform of American public education (teachers unions and their allies versus school reformers) and how (charter schools versus magnet schools; competitive reform programs versus additional funding). But, as Education Next points out through its interview with Steve Rifkin and Susan Eaton, there is also whether or not we should continue to hold on to a noble ideal. For those who are dedicated to desegregation above all else, as Easton is, integrating all of society offers “untapped potential” to make society more diverse, add richness to our individual and collective social thinking, and even improve economic and social progress for all. After all, it is what civil rights activists of the 1960s always wanted. Right?

Not exactly. The ideals of the civil rights movement weren’t so much about bringing all children of different races and creeds together in order to promote a more-harmonious world. It may have been an ideal to which Martin Luther King may have appealed in order to win support from whites (and he clearly believed it himself). But for the rest of the movement (think Thurgood Marshall, Whitney Young and Malcolm X),  it wasn’t the goal. For civil rights activists, the primary mission was to allow for blacks and other minorities to be full members of the economic and social mainstream — that thing called equal opportunity under the law. This included improving the quality of education for black and minority children, who were segregated — both physically and fiscally — from what was then considered high-quality schools. They were tired of black students sitting in wretched school buildings, being unable to attend the best school near their homes, and not having up-to-date textbooks from which to study.

Desegregation and integration became the accepted means of achieving this goal for two reasons: The first being the realization that blacks wouldn’t achieve it immediately through the fiscal means (equal funding of schools) simply because segregationist whites controlled school boards and other political mechanisms. The second being that they thought that the way blacks would gain a better education (and greater entree into society) by merely rubbing shoulders with white kids and attending their schools.

Certainly integration achieved some good by helping middle class blacks gain greater access to society; but they, like their white middle class schoolmates, were already guaranteed some level of it. But it didn’t do much for poor blacks or Latinos (or even for poor whites). These kids were already treated as afterthoughts by teachers in traditional public school classrooms in their neighborhoods; desegregation merely guaranteed that they would get desultory instruction and curricula in more-diverse classes.

Meanwhile minority neighborhoods suffered the consequences. Although there were some high-quality schools in those neighborhoods before desegregation, most of them were of the abysmal quality that led to Brown in the first place. Desegregation could have led to those schools getting what would have been for the time high-quality teachers and better school leadership if the civil rights leaders and school administrators were willing to do the work. This didn’t happen. Instead, the combination of busing, suburban flight, poor school district leadership and the economic malaise that took hold after the Great Society era led to these schools falling further into academic failure status (and that’s when they weren’t shut down altogether). As a result, minority neighborhoods — especially ones home to poor blacks — fell into wretched disrepair.

What civil rights leaders of the first generation (and the second-generation old-school activists who succeeded them and now head up the NAACP and other groups today) didn’t understand was that the segregation wasn’t the only cause of low quality of education for blacks in American public education — and not even the biggest culprit. The real problem was systemic: A public education system in which most teachers weren’t trained by ed schools to work with poor and minority children; the use of ability-tracking to segment students deemed worthy of college preparatory education from those (namely minorities, immigrants and the poor) considered too cognitively inferior for such work; and the comprehensive high school (which further exacerbated the effects of ability tracking); the concept of zoned schooling, which prevents parents from exercising choice (and exacerbates racial, ethnic and income-based segregation). These issues were easy to miss in part because of the lack of good data on school performance, and the reality that even for poor blacks, the lack of a high-quality education had less to do with precluding them from middle class-paying work than racial bigotry in the rest of society.

By the 1970s, these problems were exacerbated thanks to the National Education Association and the American Federation of Teachers. The contracts they structured with districts (along with their successful lobbying efforts at the state level), gave veteran instructors wide berth in picking their teaching assignments; longtime teachers who didn’t want to work with the poorest children or those from racial minorities they may have deemed unteachable, could easily avoid them by selecting the more-middle class (and less racially- and economically-diverse) schools. Magnet schools, because they are often selective, require kids to be on the right ability track (and support from gatekeepers) to get into them, and warehouse high-quality teachers from the rest of the school district, could never solve these problems.

Within the past 40 years, we have figured out most of the systemic problems and their underlying causes. Solving them requires a far different approach than simply integrating school populations (or simply increasing school funding, as the equity lawsuit crowd would prefer). The approach must be different: The traditional system of teacher compensation and seniority-based benefits must be changed in order to bring high quality teachers to schools serving poor and minority communities; charter schools and other school choice options must be expanded in order to provide every parent with a range of high-quality options to serve their children; families must also be given their proper role as kings and consumers in education decision-making; college preparatory curricula must be the floor — and not the ceiling — in every school throughout the nation in order to assure children that they will be prepared for the future.

The high levels of racial, ethnic and income segregation won’t cease in urban communities until school systems are of the high quality all parents — middle class and poor alike — demand. In suburban communities, segregation won’t stop until you make inter-district school choice — allowing parents to send their children anywhere they choose — a reality. This means opening the doors to school choice (as well as confronting suburban parents fast and hard about their prejudices). Old-school civil rights activists and their colleagues in the Orfield-Kahlenberg crowd must realize this — and also acknowledge that they are reinterpreting civil rights history in ways that were never so.

Additionally, most minority parents have no interest in it. Since many of them were part of the very desegregation efforts of the past four decades, they recognize, as onetime busing supporter Charles Ogletree did, that integration is “a false promise”. As taxpayers, they have as much right as their wealthier counterparts to expect high-quality schools in their neighborhoods. More importantly, what is the point of a harmonious society when half of the population is poorly educated, likely to end up in prison, and will fall onto the welfare line? A nation in which a broad set of its population remains poor, uneducated and ghettoized will not remain harmonious for long.

Meanwhile the problems of race and ethnicity currently bubbling up these days — including the complex debate over Arizona’s immigration enforcement law — stem from problems that have long been part of the American political and social landscape. Immigration has been a lightning rod since 1882 when Congress passed the first round of immigration restrictions in order to stop Chinese migrants from coming to our shores. Racial and ethnic discrimination has been part of the American fabric for centuries longer. Education can help foster more-diverse mindsets; but it will take more than schools to deal with these deep-seeded legacies. Social integration can happen in other contexts (and already does); this will continue to happen as America becomes a majority-minority country. And what it means to be American isn’t defined by schools anyway; that’s why we have civic holidays such as Independence Day and rituals such as the Pledge of Allegiance.

This isn’t to say that desegregation and school reform cannot coexist. If anything, school choice could foster more diversity by opening opportunities for parents to send their children to schools anywhere they see fit, be it a traditional public school in the neighborhood, a magnet in another district, a local charter or even the Catholic diocesan school in the next neighborhood. School reformers — especially those working in the big cities and in the Beltway — also cannot forget about the importance of desegregation and integration. Expanding the minds and horizons of children is also important to their academic and social success; the lack of middle-class background knowledge, for example, may be the reason why many minorities perform poorly on the Scholastic Aptitude Test, the gatekeeper for college entrance. Working with organizations and cultural institutions to enrich their experiences (and broaden the perspectives of reformers themselves) is important to do and should be done.

But for the poorest parents and for minority families — whose options are often limited to the worst that American public education offers — they’ve seen desegregation and want something a lot better: Great schools for their kids and opportunities to learn in order to fully be a part of the American mainstream. And as committed as I am to a color-blind society, both in principle and in my own life, this middle-class black man can hardly disagree.