Three Thoughts on Education This Week

RiShawn Biddle
4 Comments on Three Thoughts on Education This Week 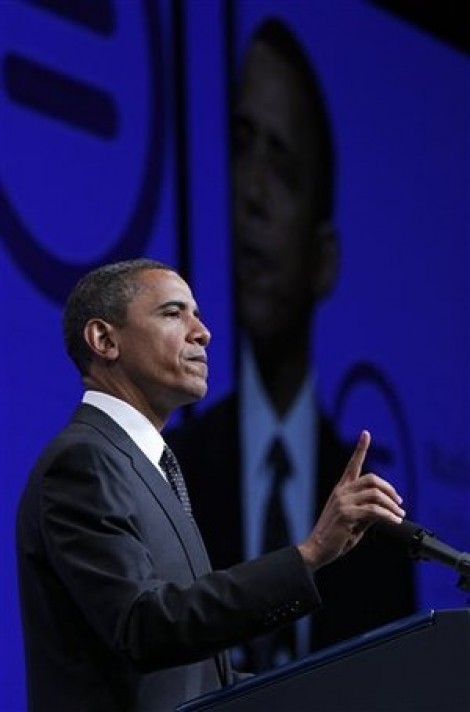 Observations on what is happening in school reform today:

Fizzled Out of Touch: Last week, the NAACP and other groups pronounced that they were coming out with a grand manifesto challenging the Obama administration’s school reform efforts. Folks such as the Rev. Jesse Jackson of the Rainbow/PUSH coalition were to show up and complain about how the administration’s approach to education was failing the very poor students it was supposed to help — even though their own prescriptions were little more than overheated old-school concepts that have never worked in the past 40 years. But by Monday, two of the groups — including one run by charter school supporter Al Sharpton — declined to participate in the grand attack. The manifesto (which did have some laudable goals) was trashed by all but the most-stubbornly pro-status quo of pundits. And by Thursday, some of the players were declaring that they were behind Obama while the administration — including the president and  U.S. Secretary of Education Arne Duncan —  took turns slapping around the groups over policy.

Certainly the Obama administration did a successful behind-the-scenes effort of diffusing the old-school civil rights tirade. The lack of support for the manifesto from the National Council of La Raza and other Latino civil rights outfits also weakened their efforts. But it was more than that.

Within Black America, there is a lot of disagreement between old-school civil rights players — who continue to see integration, busing and equity lawsuits as the cure for achievement gaps between blacks and whites — and the younger generation of African-Americans, who understand that more-systemic reforms (including breaking ranks with the National Education Association and the American Federation of Teachers) is critical to black economic and social advancement. This generational and attitudinal divide (which has only become louder in the past couple of years) has resulted in many of the groups becoming irrelevant in the school reform conversation — and the discussion about improving the lives of African-Americans overall.

The NAACP, in particular, can no longer claim to be representative of all African-Americans — especially on education. It has spent most of the past two decades dealing with internal discord and overcoming its creakiness. Over the past two weeks, it has seen its stature fall further as it rushed to judgment over Shirley Sherrod and spent more time on racist elements within the Tea Party movement than on considering Duncan’s demand for them to join the school reform movement. As more blacks — especially celebrities such as John Legend and Fantasia — have become more-supportive of charters and the Race to the Top initiative, they are finding other organizations and methods to wield influence and mobilize like-minded colleagues (of all races) towards their own concerns. They have cut the NAACP out of their considerations.

Meanwhile other old-school civil rights groups are rife with constituencies who are charter school supporters — and in fact, started their own schools; integration-minded constituents can rile up anger all they want, but the groups can’t afford to alienate school reformers within their own groups without endangering their own pockets. When it comes to Obama — the nation’s first black president — the groups must also be careful, especially since some of its leading members (such as Jackson) were none too fond of him back when he was a U.S. Senator (and in some cases, didn’t even back him during his run for the Democratic presidential nomination against Hillary Clinton).

For these groups to remain relevant, they must adapt the school reform agenda, as the United Negro College Fund has done under Michael Lomax (who sits on the board of the Education Equality Project); the 100 Black Men is another example; , it cofounded the Eagle Academy Foundation, which operates two boys-only charters in New York City. If they don’t, they will face more than another Chicago-style tongue-lashing from the Commander-in-Chief.

Still Not Fessing Up Save for the back-and-forth between Andy Rotherham and Michael Petrilli, inside-the-Beltway education sparring tends to be done politely in dry language (and more viciously during drinking sessions). But on Thursday, the Center for American Progress’ presentation of its report on the low quality of teacher training programs brought out a battle royal between the American Association  of Colleges for Teacher Education — the leading trade group for the nation’s ed schools — and the leading critical of ed school training of teachers (and, nearly everything else about how teachers are recruited, retained and paid), the National Council on Teacher Quality.

After NCTQ boss Kate Walsh tore into ed schools for lacking rigor in their teacher training curricula — especially in special education — and state teacher certification agencies for their cozy ties to those schools and their parent universities, AACTE’s Jane West accused Walsh of making “sweeping statements” that were “off the mark”, as well as attacked its underlying methodology for evaluating ed schools (especially in Texas, the site of NCTQ’s latest ode to teacher quality failure). West then went on to praise the quality of special ed teacher training — and went on a tirade about the school reform movement’s failures to address special ed overall.

So as not to give the impression that Dr. West fully ignored the problems of ed school training, she did admit that there are issues. But she largely laid their causes at the feet of state legislatures (for laws that are restrictive about teacher data), school districts (for their unwillingness to share that information because of fears of violating FERPA), and the lack of political will to shut down poor-performing programs. But there are problems with those excuses. Ed Crowe, the author of the CAP study, reminded West that other professions — including medicine and nursing — took strong efforts to improve training and certification long-before state regulators got into the game. Besides, as Crowe said, “political will isn’t a gift”, groups gain it as a result of doing the hard work to gain consensus (or steamroll opponents).

By the way, don’t forget that AACTE is a huge recipient of funds from the National Education Association — the most-fervent obstacle to teacher quality reforms — including the use of student test data in teacher evaluations (which AACTE members would also use in their own evaluations). This includes $252,262 in 2008-2009 alone.

Meanwhile, Dr. West seems to forget that NCTQ’s research stands up to scrutiny — especially when one considers the evaluations of ed schools by others. This includes CAP — whose report is blistering in its criticism of ed schools — and Arthur Levine, the former president of Teachers College, who noted that 54 percent of teachers are trained at schools with low admissions requirements. These issues have become more embarrassing as alternative teacher training outfits such as Teach For America have emerged as the high-quality teacher training regimes of choice for school districts. As Walsh — who wants ed schools to actually turn around their performance — noted: “Most superintendents are eager to hire [Teach For America’s] bright young talents.”

What ed schools fail to realize is that it is their very desultory quality of training that has helped sustain the nation’s educational crisis. They are also the reason why teaching isn’t highly respected as a profession (even though teachers are highly beloved as individuals). By keeping their collective heads in the sand, ed schools are merely aiding their own slide into irrelevance and worse.

Given that Teach For America (along with The New Teacher Project) trains just 7,000 of the 200,000 or so new teachers who come into American public education every year, ed schools must stop the rhetorical shuck-and-jive. Or else they will end up being replaced by the alternatives.

Standing in the Shadows of Fail: Detroit lived up to its reputation as the place where common sense — and care for the futures of children — goes to die. Despite the efforts of Mayor Dave Bing and even U.S. Secretary of Education Duncan, the city council voted 6-to-3 to not place upon the ballot a referendum that would have placed Motown’s atrocious school district under mayoral control. Why? Some, including onetime acting mayor and former city council president Ken Cockrel, declared there was no public demand for it.

Now, one apparently hasn’t been reading the local papers, or looking outside. But this doesn’t matter. From day one, seven of the nine council members were opposed to mayoral control. The current city council president declared it publicly. Old-school groups (who form the base for these members) were opposed to it, as were the school board (which hasn’t had control of the district since it fell under state receivership last year). They essentially opposed reform in spite of decades of evidence that the public school system is the new Superfund Site of American public education.

So let’s be clear about this: Once again, Detroit’s city council behaves irresponsibly towards its citizens — especially its children — because its majority has lost site of what matters most: The children who must attend this atrocity of a school system. For these politicians, the discussion about mayoral control is just another game. But for the kids and their families, it’s a lot more than that. It’s their educational, economic and social destinies at stake. Perhaps the parents should exercise their power and send their children to any of the new charter schools being opened in the city in the coming years. And while they are at it, vote out the city council once and for all.