When Will the Beltway School Reformers Go Into Neighborhoods?

RiShawn Biddle
5 Comments on When Will the Beltway School Reformers Go Into Neighborhoods? 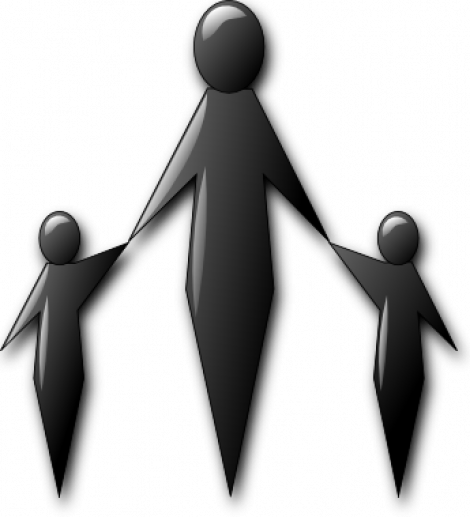 An army of families are ready to overhaul public education. Will Beltway school reformers join them and get their hands dirty?

And no, I don’t mean the occasional trip to observe a high-achieving charter school or even to watch Geoffrey Canada and Steve Barr do their respective work at the grassroots level. Save for the Thomas B. Fordham Institute (which does authorize charter schools in Ohio) and some work by the Education Trust, school reformers in the Beltway generally stay out of the grassroots game. In the process, they aren’t serving themselves — or our children and families — as well as they should.

As I discussed in this week’s Dropout Nation Podcast, there are 51 million households — single mothers, grandparents caring for kids, and immigrant families — ready to be rallied around improving American public education. While many of these parents live in the nation’s big cities, they are also in rural communities and in suburbia (where the standards and accountability measures in the No Child Left Behind Act have shown clearly that many of the schools there aren’ bastions of high quality instruction and curricula). Most of these families are dissatisfied with the quality of education their children are offered and are dismayed by the unwillingness by many within traditional public education to treat them as the leading partners in education decision-making. As seen with the tremendous growth of charter schools within urban communities and even in films such as The Lottery, these families will support school reform with their feet and with their voices.

Grassroots-focused school reformers such as Barr, Canada and Phillip Jackson, along with charter school outfits such as Green Dot and KIPP (the subject of a Washington Post editorial today) and Teach For America, have managed to further the reach of some elements of school reform among these households. But for school reform movement to sustain its solutions, more of them must be on the ground working with what former Urban League president Hugh Price would call these impromptu activists. Yet the Beltway-based reformers — the ones most-associated with school reform — aren’t getting their hands dirty on the ground where it counts.

In some sense, this is understandable. Developing and rallying groups around public policy is their specialty — and they have largely succeeded in winning over Capitol Hill policymakers and White House officials. But it’s not the only reason. As evidenced by the Brookings Institution’s less-than-thoughtful study on the effectiveness of the Harlem Children’s Zone, far too many reformers ignore the importance of working with families on child development and other issues. For many within the Beltway education reform community, policymaking is rather easy work; it can be painful (in terms of policy development, building alliances and hashing out compromises), but easy to do because it doesn’t require getting the hands dirty on the ground.

As Barr would point out, working with communities and families is difficult work. It requires lots of listening to concerns, providing lots of resources (including precious time), and moving quickly on the dime (think tanks aren’t known for lightning speed in getting anything done). Add in the messiness of families — many of which are struggling with a litany of other issues — and suddenly, this grassroots activity work gets rather, well, unglamorous.

But Beltway school reformers forget that policy is meaningless without successful implementation. This includes winning the hearts and minds of parents and community players — who are given more attention by the status quo even as they also rip their children off educationally and economically. It also involves working with grassroots activists and even churches, who have the networks to make in-roads. The reformers have already seen this through the work of the charter school movement, which has managed to even win over such folks as the Rev. Floyd Flake and Al Sharpton. Imagine if they rallied those same groups around teacher quality reforms, Common Core curricula and other prescriptions for reforming schools?

When coalesced around important goals, networks within communities can accomplish plenty and successfully challenge the status quo. The Civil Rights Movement of the 1960s exemplified that on one level; so did the array of networks assembled by Booker T. Washington at the end of the 19th century. Then there are the networks that exist within communities of interests such as the modern conservative movement and the environmental movement of the past decade. A committed group of people working together can accomplish plenty. This is critical for school reformers in the Beltway to understand.

Certainly the school reform movement has weakened the hand of the National Education Association and the American Federation of Teachers. Maintaining that upper hand, however, will require the very assets the NEA and AFT have in spades: Bodies on the ground. While the NEA and AFT are struggling internally — especially as younger generations of teachers agitate for the end of traditional teacher compensation systems — they still have member loyalty (for now). This means that the unions can rally their rank-and-file members to serve as lobbyists at the state and local levels.

The political campaigning of groups such as Democrats for Education Reform is laudable. So is the effort to lobby and work on policymaking at the state level (an approach that, until now, was only successfully embraced by Achieve Inc.). But it isn’t enough.  To counter the manpower advantage held by defenders of traditional public education such as the NEA and AFT, school reformers — especially Beltway-based players — need to be working the community centers, church pews, and the extensive local networks.

There are 51 million families waiting to join forces with Beltway reformers. Now it’s time for the wonks to get off K Street and join them.