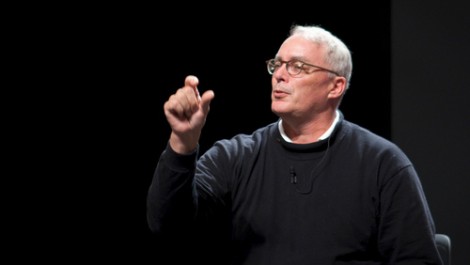 Steve Barr probably didn’t think he was taking a new, grassroots-centered approach to school reform when he started the Green Dot collection of charter schools back in 1999. A decade later, before stepping down as chairman of the charter school operator, Barr managed to rally the city’s Latino parents to revolt against the systemic incompetence of the Los Angeles Unified School District, took control of one of the district’s dropout factories, and formed a charter school in New York City in partnership with the American Federation of Teachers that broke with traditional union work rules. He also proved that the poorest Latino children — many of whose parents are immigrants legal and otherwise — can achieve academic success, even if the Heather Mac Donalds of the world choose to think otherwise.

Barr took some time during a drive from L.A. to San Francisco to offer his thoughts on school reform, working in the grassroots on improving education, and the disconnect between Beltway-based reformers and those who work on the ground. Read, think and consider.

What is the one surprising thing you have learned during your work starting up Green Dot? How did that affect your own approach to school reform and civil rights?

The most surprising is a daily surprise. You have to challenge all preconceptions. People don’t like to talk about it, but [those preconceptions] come down to race and politics. I have yet to meet a group of people who don’t care about the conditions of education. What’s surprising to me is no matter where you from, who you are, is how intensively interested people who are about education because they love their own kids. But if you listen to people, they think that only certain people care about education. They say “you only succeed because you get only these kind of children or they have these kind of parents.

What people don’t realize is how bizarre that statement is. There are only one or two percent of people out there who don’t care about kids. But that’s not most people. Out of the 8,000 kids we have [at Green Dot], only a dozen of them are white.

When I started Green Dot, I didn’t have kids. I wasn’t married. I wasn’t even close to being married. Now that I have kids and I’m married, I get it more. I get why [Green Dot’s parents and others] are intensely interested in education. Every day, I find it reassuring that people care about improving education. It gives me hope.

Is there a disconnect between school reformers inside the Beltway and community activists – and why does it exist (if it does)?

How can school reformers and grassroots activists work together to improving education for poor Latino and black children?

If you truly want to improve education for the urban poor, you have to truly immerse themselves in their communities. You have to approach it with an open mind. When we open a school, we do a lot of outreach. When I go into an African-American church, I have to realize that they have been lied to by people for a lot of years. It means I have to come back there again and again and build trust. The first time, it may not go well. But that’s the work. You have to understand where people come from. Over time, you build trust with them. They will become reformers as well.