This is Dropout Nation Three Questions 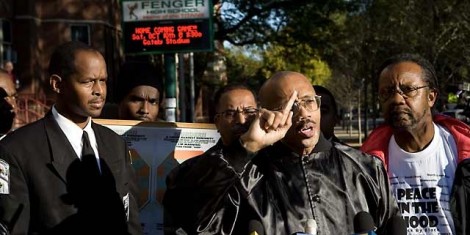 Tackling youth violence and educational decline all at once.

In this week’s Three Questions, Jackson offers some of his own thoughts on achievement gaps, school reform, and the role of families in improving education and stemming youth violence. Read, think and consider.

Why should African-Americans care about achievement gaps and the quality of education in their schools?

What is the one thing school reform activists inside the Beltway seem to ignore when it comes to addressing education and youth issues and why?

The number one solution ignored by theorist inside the Beltway is the role of parents in producing successful students.  Schools cannot produce successful students without the support of caring, nurturing and demanding parents, guardians, families and communities.  Until Washington realizes this and invests in this, the United States will never be a 21st century global educational power.

Given your experiences working on youth violence and educational issues, what are the three solutions you offer for dealing with youth violence?

We must provide an education that prepares our youth to become viable parts of our society.  They must have economic alternatives and practical reasons not to engage in negative, destructive behaviors.  We have not helped most young Black men to obtain the necessary skills to be successful in the 21st century.  We should not be surprised at the hyper-violence as their response to our failure to create a viable world in which they can live.