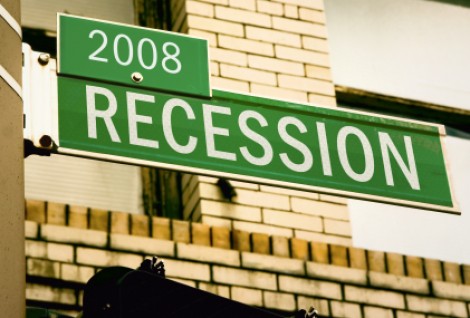 For the vast majority of us who work in sectors outside of education (and outside of the public sector), a few things are simple, brutal and clear. When businesses are going through periods of economic distress, positions are cut.  If your performance is below satisfactory, only charm and systemic apathy will keep you in the job. You won’t get a raise if the firm is losing money. Money from benefactors come with strings attached. No one gets excited about And your job isn’t likely to be protected because of your long tenure with an employer.

Education, unfortunately, is different. Teachers and school districts have gotten so used to decades of pay increases and expanding payrolls that the very thought of adjusting to economic reality.

When teachers such as Jane Jorgensen of the Elgin school district in Illinois complain that the world isn’t “freaking out” about the loss of as many as 300,000 education jobs this year, they fail to realize that 1) it is just the high end of the U.S. Department of Education’s estimate and 2) given that 6.2 million people are employed in education, a loss of 300,000 jobs pales in comparison to job losses in the private sector (and even some segment of the public sphere). As I have known in my own life, all job losses are a tragedy. But not every job is crucial to the life of a school. Considering that the quality of education — and the dropout crisis — hasn’t subsided despite a 50 percent increase in education payrolls in the past four decades, it is clear that there is some fat (and laggard, uncaring teachers) to trim.

When other educators such as Frank Orfei in Pelham, N.Y. , complain about the lack of pay raises and argue that they feel like they’ve been scapegoated, they seemingly forget that at least they have jobs. So many families — including the ones who attend the schools in which they work — have spent the past two years either adjusting to pay cuts, living on one income (because a parent lost a job) or subsisting on welfare and unemployment benefits. I have seen those families. In fact, I know some of those families. While some of them didn’t plan responsibly for these periods of financial adjustment, I know plenty who have — and still ended up struggling.

Most of the people I know who are in their jobs also didn’t get a raise; those of us who are fortunate to get one sit down, shut up, get to work and remain grateful for the income. The last thing any of us want to hear is complaints about having to make due without a raise when tough economic times demand that we all have to live within our means.

And you can only laugh when the Sherman Dorns of the world incessantly argue that requiring states to reform teacher layoff and dismissal policies in exchange for a $23 billion bailout — the second in two years — only guarantees that “thousands of new teacher careers die in the next year.” If  they can ignore the reality that such a string would actually force states and school systems to change the very reason why those careers will be ended — laws that force districts to lay off teachers based on reverse seniority (“or last hired-first fired”) rules instead of on quality of instruction — then there is little reasoning with them. They have been so used to taxpayers funding education to the tune of $528 billion without so much as requirements for engaging parents, measuring teacher quality, and improving curricula that they are intellectually obsolete.

Certainly education is important to the future of this country. We should invest as much as we can. But given that schools often spend as much as 50 percent of local property tax and state tax dollars, it cannot be insulated from recessionary periods. The fact that states and school districts are finally reckoning with the costs of decades of expensive compensation deals with the National Education Association and the American Federation of Teachers — which has resulted in teaching being the best-compensated profession in the public sector — means that teachers will have to adjust to a future in which performance pay, teacher evaluations and the end of tenure is a reality, not a nightmare.

This is the perfect time to restructure education spending so that the money being spent is efficiently used to improve the educational (and economic) destinies of our children and assure that they are all taught by the highest-quality teachers. It means ending reverse seniority layoffs. This means ending tenure. It must also include improving how teachers are compensated so that great instructors are rewarded for great work and the laggards leave the classroom in order to limit the damage on student learning. This means restructuring public school bureaucracies and procedures that have been far too wasteful for everyone involved and complicate the work teachers should do. We owe our children far more than delusions.