More on the Civil Rights and School Equity Front 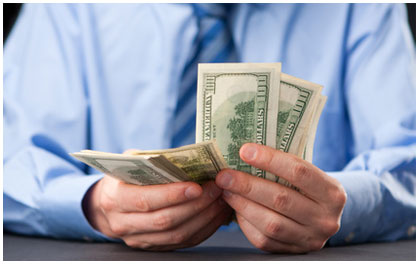 Back in December and last month, I reported on the announcement by U.S. Department of Education civil rights czar Russlynn Ali at the Schott Foundation “Opportunities to Learn” conference that the agency would step up its investigations into civil rights allegations. As I mentioned, this was sweet music to school funding activists and other elements of the Ivy League-based civil rights movement (yes, not to be mistaken with those who work the grassroots) who have not been successful in bringing equity and adequacy torts.

In the following months, additional lawsuits have come onto the radar, including a tort in Indiana launched by the Hoosier State’s suburban school districts. Last month, a superior court in Washington state ruled that the school funding system there was unconstitutional. And now, there is the prospect that even more lawsuits will come to the fore. As reported today by the Washington Post and the New York Times, Ali’s boss, U.S. Secretary of Education Arne Duncan has further echoed Ali’s announcement. Thirty-two school districts will be subjected to even reviews that promise to be even more in-depth than under the Bush administration (or so ED says). Altogether, 38 reviews will be conducted this year, according to Ali and Duncan.

The likelihood is that there will be more school equity suits, not just against states, but against individual school districts in how they use (or, as the Education Trust often calls it, misuses) Title I funding. It is well-known that even though Title I is supposed to be used as additional dollars targeting poor students in order to achieve  comparability, districts often use the funds to equalize funding between poor and wealthier students. Essentially, instead of spreading local and state dollars equally across students, then ladling Title 1 as additional money for low-income students, the districts hand over most of the state and local dollars to wealthier students, then use Title 1 to fill the gap for poor students. As a result, low-income students are still shortchanged because they aren’t getting extra money for additional services that will help them improve their educational achievement.

Another aspect that may come into play is how districts place experienced teachers. Thanks in part to collective bargaining agreements that give teachers with seniority the ability to work in any school they so choose, schools within a district that serve poor children are largely shortchanged as those with more experience flee to wealthier schools within a district. As proven by education scholar Marguerite Roza and in a 2006 editorial I wrote on teacher assignments, it is borne out in individual school budgets, which mostly consist of teacher salaries  If the Department of Education focuses on the role these contracts play in fostering these inequities, it may end up playing a major role in reshaping seniority rules even beyond requiring the use of student test data in measuring teacher performance through Race to the Top.

By the way, it’s not just states and school districts that could be subjected to greater scrutiny. Cities with multiple school districts such as Houston and Indianapolis could also end up under ED scrutiny; the inequities that can be found between various school districts could invite federal investigation (and torts by equity activists against states for allowing such local problems to continue).

This is going to get even more interesting.